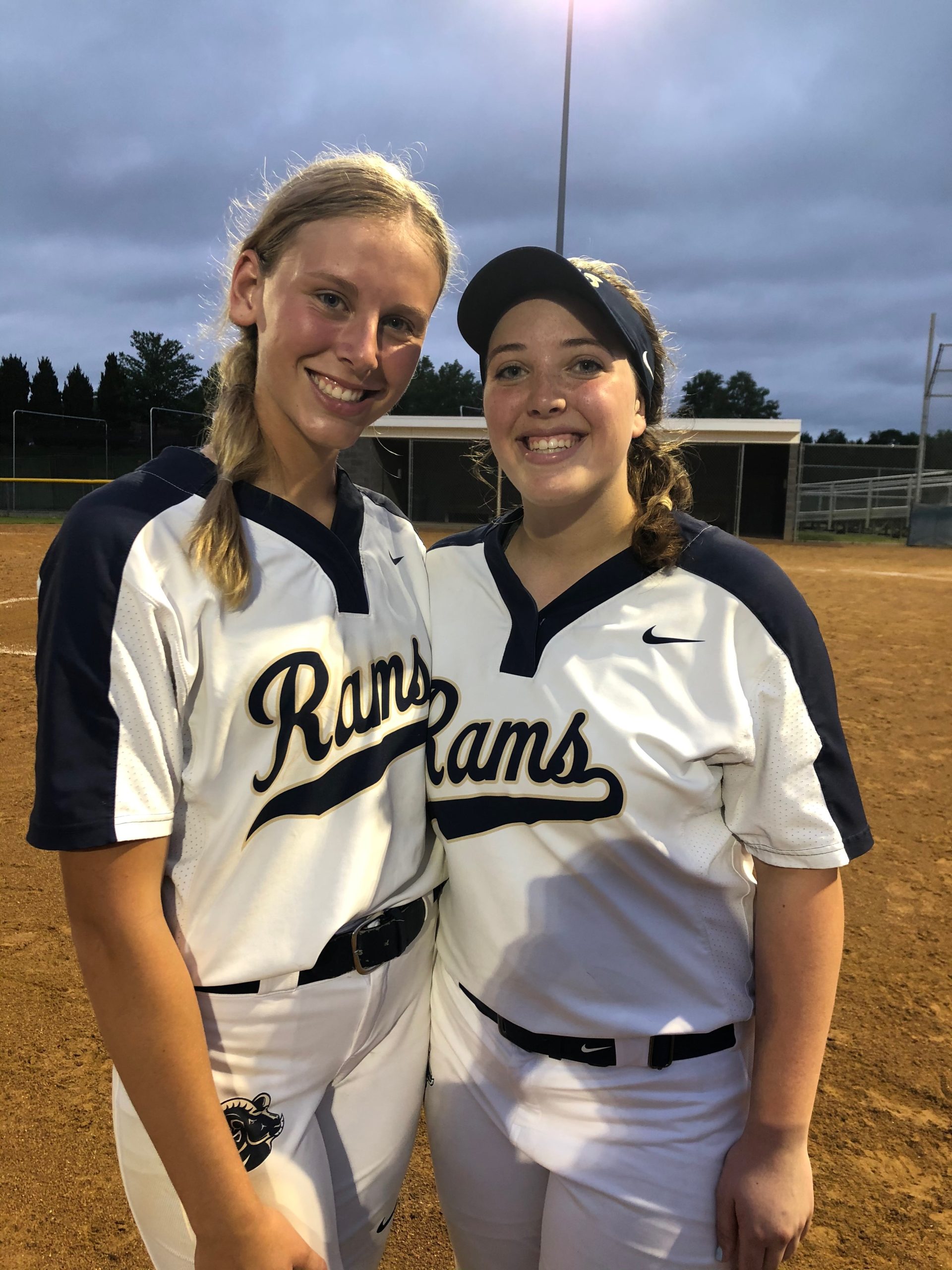 UPPER PROVIDENCE >> It was, to say the least, a character-strengthening game for Spring-Ford.

And, to say the most, an epic outing.

The Rams found themselves in an unaccustomed position Friday, when they hosted Quakertown in a District 1 Class 6A quarterfinal-round game. Playing to a 1-1 tie in regulation time, the Panthers parlayed three of their 10 hits into a run good for a 2-1 lead in the top of the eighth.

Challenge made, challenge answered. Spring-Ford loaded the bases with two outs before Jules Scogna delivered a basehit deep to left-center field, driving in two of the baserunners ahead of her for a 3-2 victory that qualifies it for the PIAA Class 6A playoffs for a seventh straight year.

It was a departure from the game scenarios Spring-Ford (20-1) has been accustomed to over the years. The second-seeded Rams, who host third seed North Penn this Tuesday (May 31), generally mercy-rule opponents with a combination of booming bats and Scogna’s lights-out pitching.

“It’s usually been one or the other,” head coach Tim Hughes said. “We had a game like this against Souderton (3-2 win Wednesday). We have kids playing new positions, but they’re busting their butts.”

Scogna provided Spring-Ford an all-round effort. Along with her pitching (six strikeouts, no walks) and walk-off heroics in extras, the senior ended Quakertown’s at-bat in the seventh by spearing Emma Hilton’s shot back to the mound and relaying to Maddie Williams at first to double-off Panther leadoff hitter Ava Beal.

“It came right back at me,” she said of the line drive. “I knew Maddie was at first.”

Scogna guided the Rams out of potential troubles in the first and fourth innings, when seventh-seeded Quakertown advanced runners to third base with one and no outs. The visitors were in position to score another run in the eighth when Katie Muller tried to come home from first off a Sydney Andrews double, but an 8-6-2 relay from Ellie Jarrell through Riley Gancasz to Karissa Potteiger at the plate cut down the Quakertown outfielder.

“We’re not ready for it to be over,” Scogna said. “We want to keep winning.”

Spring-Ford’s first run came from the long-ball power of Caitlin Ashley. The designated player got hold of a 1-2 delivery from Panther starting pitcher Andrews and deposited it over the fence in right-center to stake her team to a 1-0 lead that lasted until Quakertown pulled even in the fifth.

“She left one over the plate, and I hit it,” Ashley noted. She estimated it was her eighth round-tripper of the season.

Scoring on Scogna’s walk-off hit were Ellie Jarrell, who had a one-out double to straightaway center, and Riley Gancasz (2-for-4), who followed with her own two-bagger. Gracie Carlin then drew an intentional walk before the Panthers got their second out prior to Scogna’s at-bat.

The Rams’ win came despite being outhit 10-6 by Quakertown, the same team it faced in districts to start June 2021. A 2-0 victory put Spring-Ford in the district’s title game, where it blanked Neshaminy 5-0 behind Scogna’s two-hit pitching.

“You don’t see many games where the team that’s outhit wins,” Ashley noted.

“Souderton, it was all over the place,” Hughes added. “Though we were outhit, we found a way to win.”

The game’s starting time, originally announced as 4 p.m., was moved back to 6 p.m. in response to Friday’s weather predictions. It proved to be a good move, the game completed with no impact from the predicted wet weather.

The Spring-Ford girls didn’t mind the change, finding a way to prepare themselves for the game.
“After school, we hung out,” Scogna explained. “That helped with our chemistry.”

NOTES >> Hughes assessing Quakertown’s impact on the upcoming post-season play: “They did a great job. They’ll be a team to reckon with in states.” … Andrews’ pitching line for Quakertown showed her with three strikeouts and three walks. … Muller got the Panthers hot-batter honors, going 3-for-4 and collecting the fifth-inning RBI. Designated player Leah Schwalm (2-for-4) was the game’s other multiple-hit performer. … Even with the game going extra innings, it was completed in a brisk 1:41.