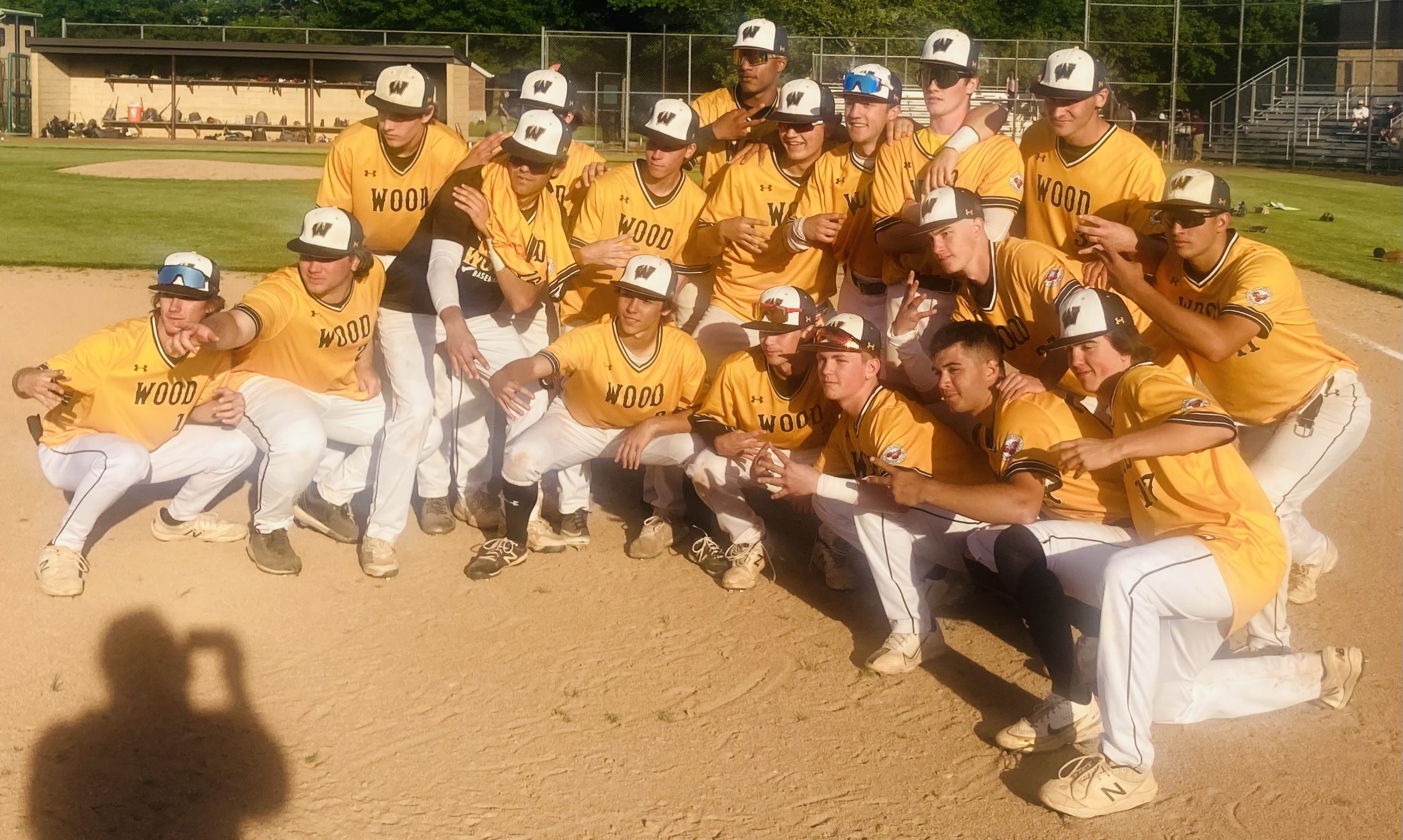 PHILADELPHIA >> With the chants of “Woody” getting louder and more spirited with every pitch, Connor Woodson hurled Archbishop Wood into the Philadelphia Catholic League Final.

His four and one third scoreless innings of work helped win the day for the Vikings, who savored a 6-1 victory over rival La Salle on Wednesday down at FDR Park.

“We needed a little pickup. We needed a little energy boost, and I try to provide as much energy as I can,” Woodson said of his middle-relief role. “La Salle is a great team, and they were kind of sucking the life out of us for a little bit, so I knew I needed to come in and shut it down.”

Woodson came on in the third with the Vikings trailing 1-0. He struck out Tim Schuler to end the inning and went on from there.

Connor Woodson was the winning pitcher for Archbishop Wood in its PCL semifinal with La Salle on Wednesday, May 25, 2022. (Kev Hunter/MediaNews Group)

Justin MacCain provided a solid start for the Vikings and Woodson finished it out, as Wood advanced to the PCL Final for the second straight year. The Vikes will meet unbeaten Bonner Prendergast Saturday at 11 a.m. at The University of Pennsylvania.

“Stoked for Saturday,” Woodson said. “Bonner gave us a huge beating on our home field (13-2 early in the season) and we’re coming in confident. We’re coming in hot.”

Woodson allowed just three hits while striking out three and walking none.

“I felt like the fastball was exploding out of my hand today,” he said. “I felt great. Everything was working. I knew my guys were gonna back me up. They made great plays every single inning.”

While Woodson worked his magic, the Vikings went to work with the bats in the fifth and sixth innings.

Archbishop Wood huddles after its win over La Salle on Wednesday, May 25, 2022. (Kev Hunter/MediaNews Group)

Kevin Kell had kept Wood off the scoreboard into the fifth but Wood’s offense came to life.

Sean Slowinski ripped a line drive through the left side, scoring two to put Wood ahead 2-1.

“Wood and La Salle have a good rivalry. It’s a healthy rivalry, and to beat them twice in one season is really solid for our program,” Vikings coach Jim DiGuiseppe Jr. said. “We kept playing. We knew eventually, we would break through that wall. I was really proud of it.

“Our kids continued to play. And that’s a true sign of our guys’ character. We’ve been using (Woodson) as our middle reliever all year. He’s really done a super job for us. I can’t say enough about the job he did once again today.”

La Salle huddles after its PCL clash with Archbishop Wood on Wednesday, May 25, 2022. (Kev Hunter/MediaNews Group)

The Explorers took a 1-0 lead in the third when Matt Gannon singled in Aidan Bretschneider (walk). But it was all Wood from there.

There is still life for the defending PIAA-6A Champs.

“We’ve been trending in the right direction all year, but any trend has these little dips,” Explorers coach Kyle Werman said. “We’ve unfortunately been inconsistent with some of the details, and those are things we need to work on. At some point this game was gonna tip, and we saw it happen in that sixth inning.”