District 1-6A Baseball: Owen J. Roberts explodes for 9 runs in the 5th to down C.B. South 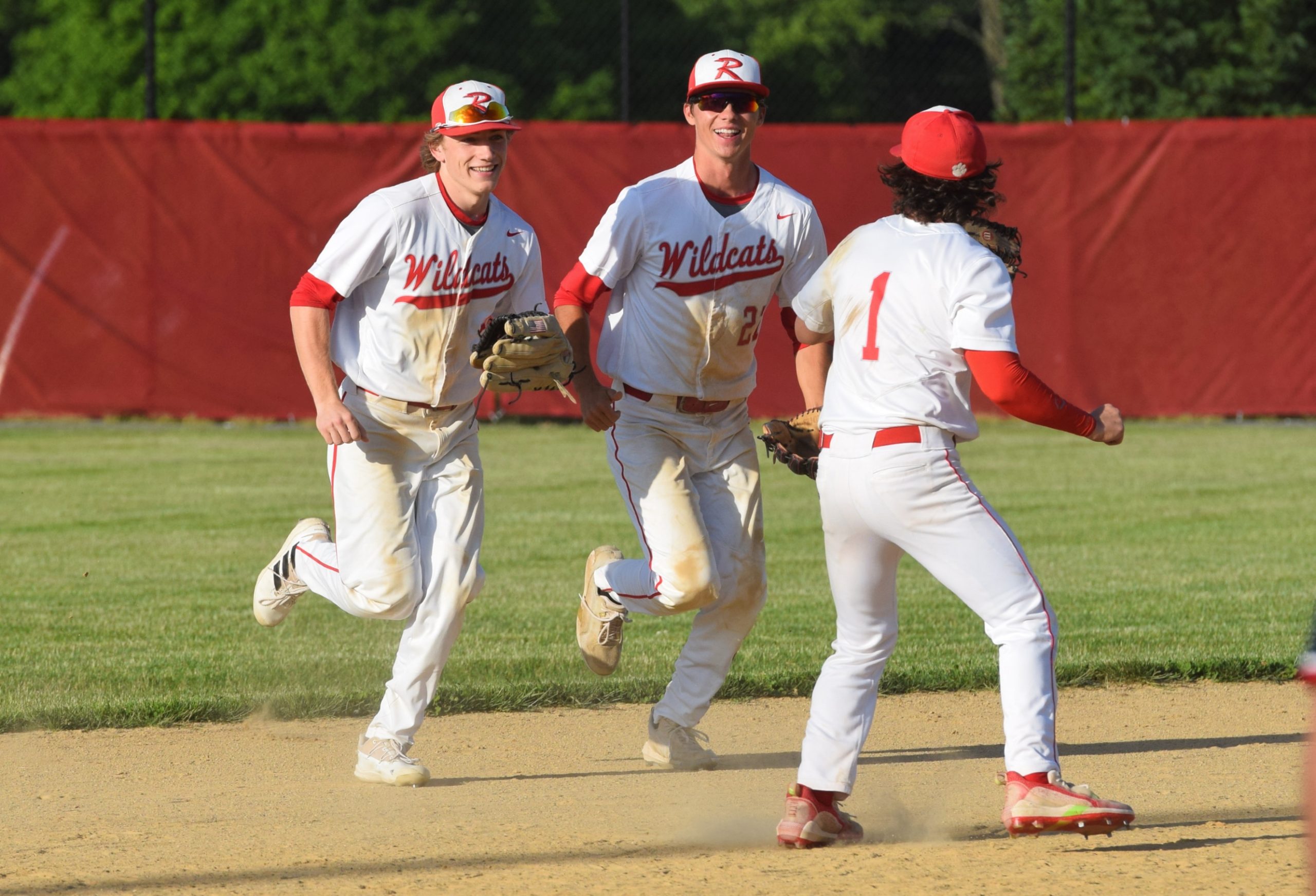 BUCKTOWN >> Owen J. Roberts was not at the top of its game on the mound or on the base paths and Central Bucks South was hitting the ball hard and making the plays on defense early in Wednesday’s District 1-6A second-round baseball contest.

But a nine-run fifth inning turned the game around and host OJR advanced to the quarterfinals with a 12-8 win. The third-seeded Wildcats (22-1) will host Garnet Valley, a 1-0 winner over Downingtown West, on Friday with the winner earning a spot in the PIAA Tournament.

Blaine Waltimyer drilled three doubles, five players had a pair of hits and Dean Mihos got the last four outs and earned a save for Roberts. J.T. Anderosky went 4-for-5 for the 19th-seeded Titans (13-9).

“We have a really good team and we have a deep lineup,” said Waltimyer. “I trust my guys. Everyone has to do their part.”

“We knew it was going to be a hard journey to come back like that,” said Wildcat Ethan Sabatino. “But we’ve got the guys to do it and we did it.”

The Wildcats trailed 6-1 heading to the bottom of the fifth after the Titans scored two in the first and four in the fourth.

Zach Santise was hit by a pitch to start the big inning and Jake Ambrosio lined a hit to right and they came around to score on a sacrifice by Kyle O’Connor, an infield hit by Aaron Kirby and a grounder to short by Mihos.

Then Sabatino and Waltimyer doubled home runs and Zach Brockner singled in another to tie the score.

An infield hit by Tristan Dietrich and an error loaded the bases for Ambrosio, who gave the Wildcats the lead with a two-run single to left and an RBI single by O’Connor and a bases-loaded wild pitch completed the scoring in the frame.

South bounced right back with two runs in the sixth. But Mihos came to the mound and got an inning-ending ground out on one pitch.

The Wildcats scored two in the bottom of the inning on a single by Santise and Mihos allowed only a harmless two-out single in the seventh.

O’Connor, Kirby, Mihos, Sabatino and Ambrosio each had two hits to go with Waltimyer’s three and the other three starters all picked up one hit as part of OJR’s 16-hit attack.

“I think I was seeing the ball really well today,” said Ambrosio, who was robbed of a hit by a leaping catch by first baseman Colin Mitchell in his first at bat. “All of their pitchers had good fastballs, but they were pretty straight.”

A key to the decisive nine-run fifth inning was two-strike hitting. Santise was hit by an 0-2 pitch, and Mihos put a 2-2 pitch in play to drive in a run. Sabatino and Waltimyer both doubled after falling behind in the count.

“We have a pretty strict policy on two-strike hitting,” said Sabatino. “We really do focus and it really worked out.”

“That’s one of the things we’ve practiced all season,” said Ambrosio. “Shortening it up and putting the ball in play. Good things always happen to us.”

“We got the first goal, the PAC championship, and now we’re going to continue that,” said Waltimyer. “A lot of it is coming ready to play in practice. A lot of it is family and playing baseball together.”

“They’re tense for sure,” Sabatino said concerning the must-win playoff games. “But as seniors with not many games left, we go out there with a lot of energy.”

And a lot of that energy comes from the bench, according to Ambrosio.

“I think our bench plays a big role in getting us up,” he said. “They give us all their energy and focus.”

CB South, which knocked off Ridley 8-1 in Monday’s opening round, scored two in the first on a pair of singles and three walks. Then the Wildcats failed to score in their half after two of three batters singled as a runner was thrown out trying to advance from first to third on an infield hit and another was picked off.

In the fourth, Titan center fielder Anderosky made a spectacular catch as he ran into the fence and a Wildcat runner was called out on the play when he failed to touch second base while going back to first.

South added its four runs in the fourth on a two-run RBI double by Anderosky, a sacrifice fly by starting pitcher Robby Porco and a run-scoring single by Owen Wheeler.

“We were doing everything we wanted to do early on,” said Titan coach Kevin Bray. “We got out fast by putting the pressure on them. Then they started to grind out the at bats against Robby. They had a two-strike approach and the balls started to fall. It’s hard to defend when they find green like that.

“It’s unfortunate  for our guys and our seniors to go out like that. It’s a special group of seniors.”