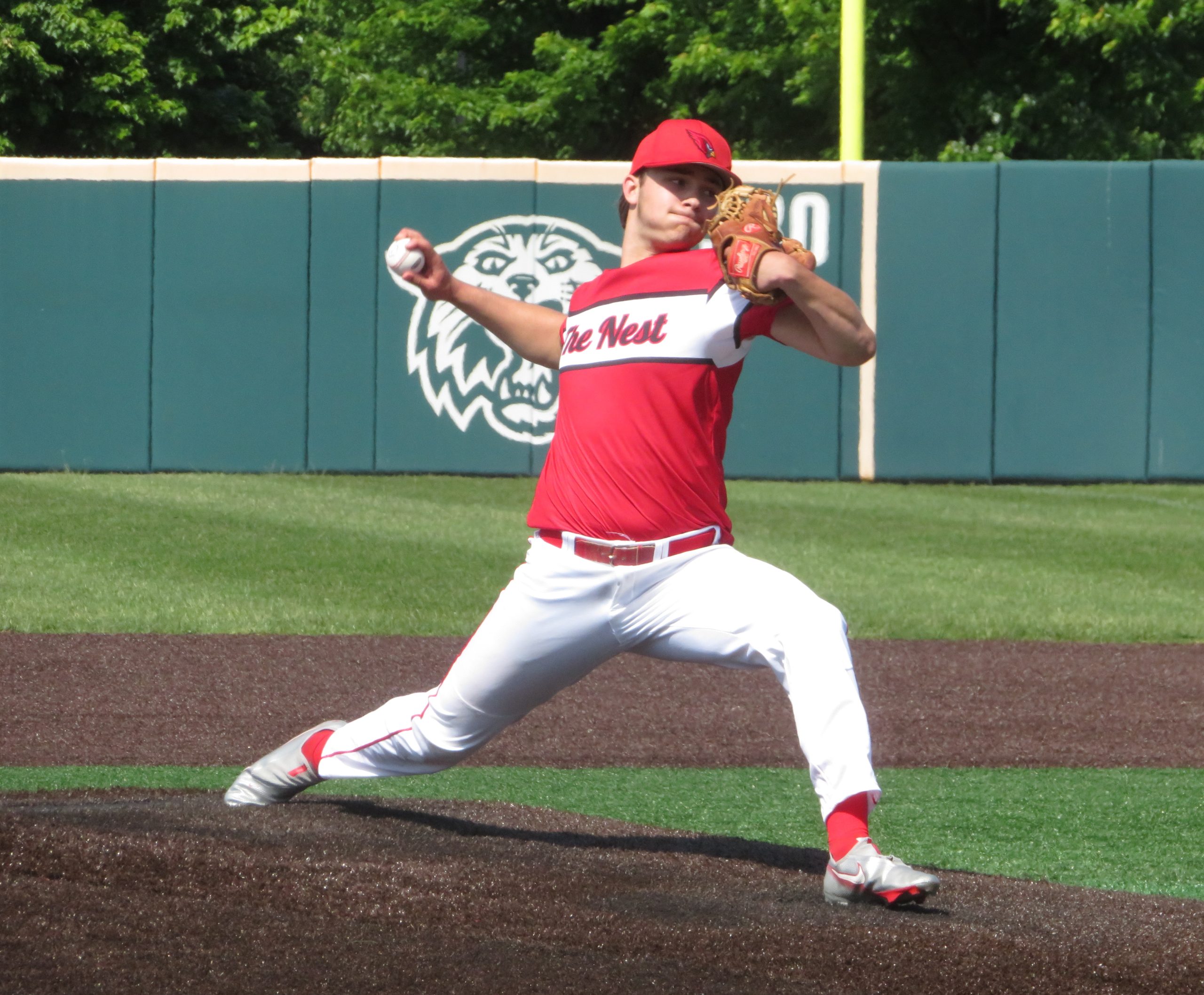 PLYMOUTH >> After almost three full innings without Upper Dublin or Bishop Shanahan getting a hit, Cardinals right fielder David Sharp came through in the bottom of the sixth inning Wednesday afternoon.

With the District 1-5A quarterfinal tied at two, Sharp delivered the first hit since the third inning – a one-out single to left field. He stole second base and, after strikeout, scored on an Aidan McCarthy single to left.

Upper Dublin’s Tristan Cairnes pitched around a leadoff walk in the top of the seventh and stranded the tying run on third as the second-seeded Cardinals closed out a 3-2 win over the 10th-seeded Eagles at Villanova Ballpark at Plymouth.

“We knew at some point someone was going to get the hit,” McCarthy said. “It was either going to be them or us. We had to do it first. Tristan was pitching a hell of a game like he has been all year, we just had to back him up.”

Jared Levis led off the bottom of the sixth with a walk, but got called out on a close play when he tried stealing second base. Sharp followed with a single and quickly swiped second.

“We couldn’t give up an out there,” Upper Dublin coach Ed Wall said. “We needed every out available to get these guys in. Bishop Shanahan is a great team, great defense and their pitcher (Andrew Noone) was so tough. I knew we were going to have limited opportunities. Sharp had a really great slide and then Aidan McCarthy came up clutch with a big knock.”

“I was just thinking same side, oppo,” the left-handed hitting McCarthy said. “Just have to poke it. Once you touch it, it’s going to go over there. The pitcher was throwing hard. Just put the bat on it, not trying to hit a bomb.”

Cairnes walked Stephen Furia to start the top of the seventh and Pat Creegan laid down a sacrifice bunt to put the runner into scoring position. After a groundout to second base advanced Furia to third base, Cairnes had a ball hit right back to him. He fielded the grounder, jogged toward first and flipped the ball to McCarthy for the final out.

Cairnes was efficient on the mound, finishing the complete game with less than 90 pitches. He struck out one batter to two walks and allowed two runs on six hits.

“The kid is an absolute warrior,” Wall said. “He is the most underrated pitcher in this district, hands down. He just figures a way to get guys out. He’s so efficient. Going into that last inning he was under 80 pitches. He’s been that way all year and it makes it real tough on the opposition when they have to face a kid that tough the whole game.”

“They’re a good ball team, they have a lot of good players,” Cairnes said. “I knew that to beat them I was going to have to throw to soft contact and I’m able to do that with the guys behind me. I was really grateful of that.”

The right-hander got plenty of help from his defense. Sharp made a diving catch in right field for the third out of the first inning, saving at least one run. In the fifth, Leo Soriano stopped a scorched grounder at third and made the throw to first for the final out of the inning, stranding the go-ahead run on third.

“I don’t know if it’s the fact that we didn’t get a timely hit or (Cairnes) just threw good pitches at that time,” Bishop Shanahan coach Brian Boyko said. “I don’t want to sell him short, he did a good job today. It just wasn’t meant to be.”

Upper Dublin jumped out to a 1-0 lead in the bottom of the second. Levis hit a triple to the right field wall and scored when the throw back to the pitcher got away.

Bishop Shanahan answered with two runs in the third. Creegan singled and scored on a first-and-third play before Noone singled home Logan Kapczinski for a 2-1 lead.

UD came right back. Kyle Rizzo led off the bottom of the third and reached on an error. Soriano and Ethan Madnick singled to load the bases before Levis worked a walk. Rizzo scored on the free pass to tie the game, 2-2.

Noone started for the Eagles and went 5 2/3 innings. He struck out eight batters to two walks and allowed three runs on seven hits.

“He was great once again,” Boyko said. “He’s been great all year. It’s tough to lose a game when a kid pitches like that, but (UD) put balls in play when they needed to. That’s the different in the game – we made a couple mistakes, they capitalized and we were on the short end.”

Will Conrad recorded the final out in the bottom of the sixth inning for Bishop Shanahan, stranding runners on first and second and keeping it a one-run game.

Upper Dublin will host No. 3 Marple Newtown in the semifinals Friday.

Shanahan’s season ends in the District 1-5A quarterfinals.

“A couple weeks ago we were 14th or 15th in the district,” Boyko said. “The way they fought through and – the Ches-Mont’s a tough league to play, you see a lot of good pitching.

“Out of this team here, we only had two kids who had played in districts before. I think they had to learn how to win first, but on paper there’s a lot of talent. I expected them to be in (the district quarterfinals), but how they did it is what impressed me the most.”