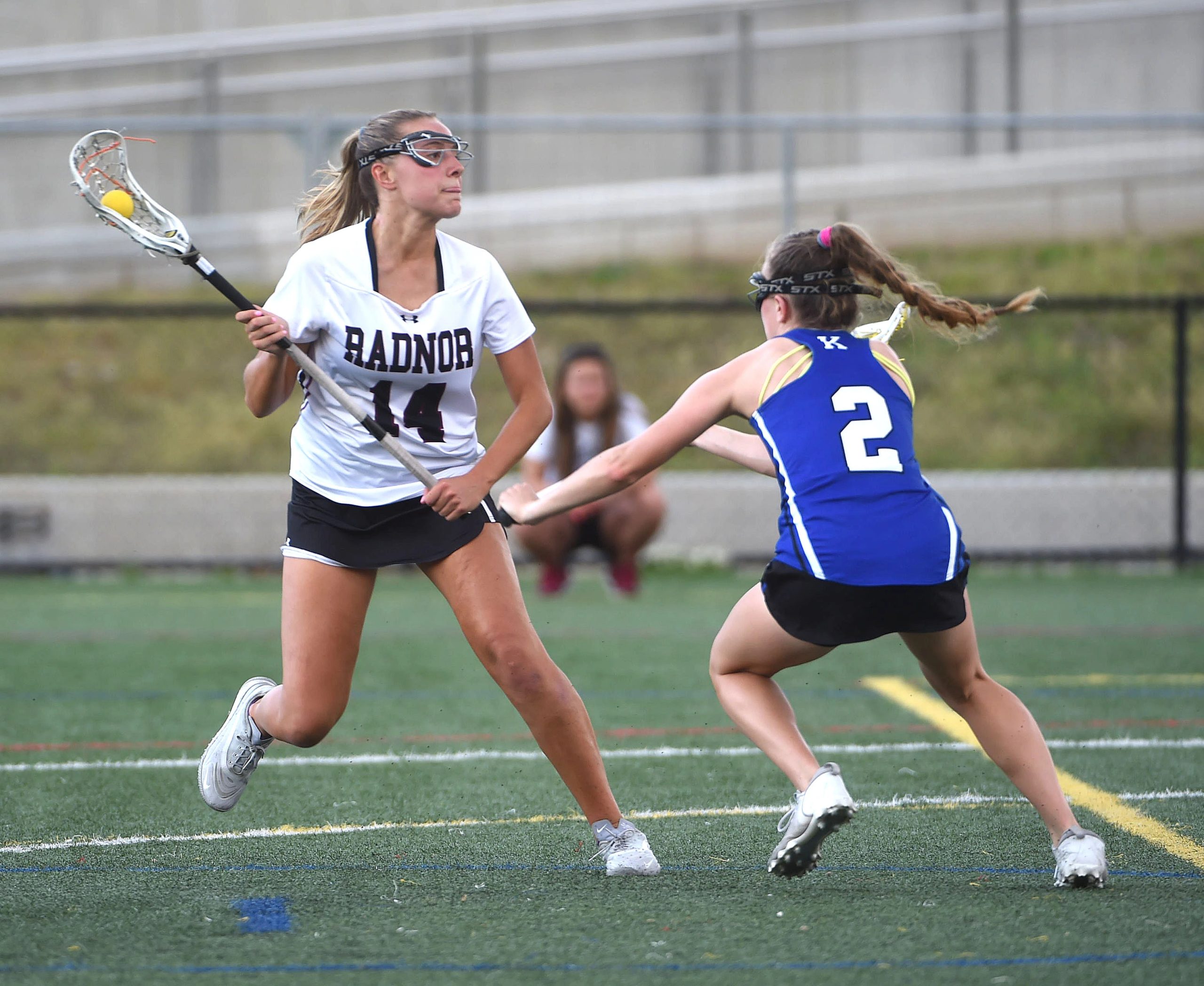 TREDYFFRIN — Kate Galica was named the Central League’s Most Valuable Player this spring.

The Conestoga junior validated the according of that honor to her Tuesday with her performance in a District 1 Class 3A semifinal with Radnor. The midfielder was a one-woman scoring machine for the Pioneers as they rolled over the Raptors, 12-4, at Conestoga’s Teamer Field.

Galica scored eight goals to spark the Pioneers’ drive to the 3A title game Thursday against Springfield, which prevailed over Garnet Valley in the day’s other semifinal. It’s a higher climb for Conestoga (19-1), which lost in the district’s semifinal round as the top seed last year and fell to Radnor in the state semis, the Raptors going on to lift the title.

“I’ve had a few games like this,” Galica said, “but this one was extra-special because it was Radnor. When we play better teams, I tend to play better.”

Playing better than Galica at the offensive end would have been a physical impossibility. She was 8-for-8 on shots, splitting her goal production between the two halves, and contributed six draw controls to Conestoga’s showing.

“She was on fire,” Amy Orcutt, the Pioneers’ head coach, said. “She’s fast, and the other team has to defend her.”

Galica got her scoring surge under way in response to Radnor’s first goal, netted by Amelia Reinholt at the 17:05 mark of the first half. She converted the goal with 16:50 left in the half, marking the only time the fourth-seeded Raptors would be even with the top seed in the game.

Galica’s next goal at 10:14 was a shot she bounced past Radnor goalie Arden Jansen. She got two more inside the half’s final four minutes. completing her hat trick with a shot at 3:44 and her fourth with 1:32.

Chloe Brown chipped in with a pair of goals and four draw controls for the Pioneers, who’ve outscored the opposition in districts by a 47-17 margin. Kiki Leibzeit and Ellie Wisch added first-half tallies.

“We played today as a team,” Orcutt said, “making defensive stops and saves. We were making stops in transition.

“It was a well-played game.”

Julie Breedveld had Radnor’s other goal in the first half, briefly slowing the Pioneers’ surge at the 1:51 mark before Galica collected her third tally. Sarah Kelley and Grayson Bruno had the Raptors’ goals in the second.

The title game with 14th seed Springfield – its previous playoff games were with Upper Dublin (15-3) and North Penn (4-2) – will be a rematch of a regular-season game Conestoga found a tough one.

“We won,” Orcutt said, “but it was a wet and rainy night. I know they’ll be ready to come Thursday.”