Neshaminy breaks through, beats Upper Dublin to advance to District 1-3A final 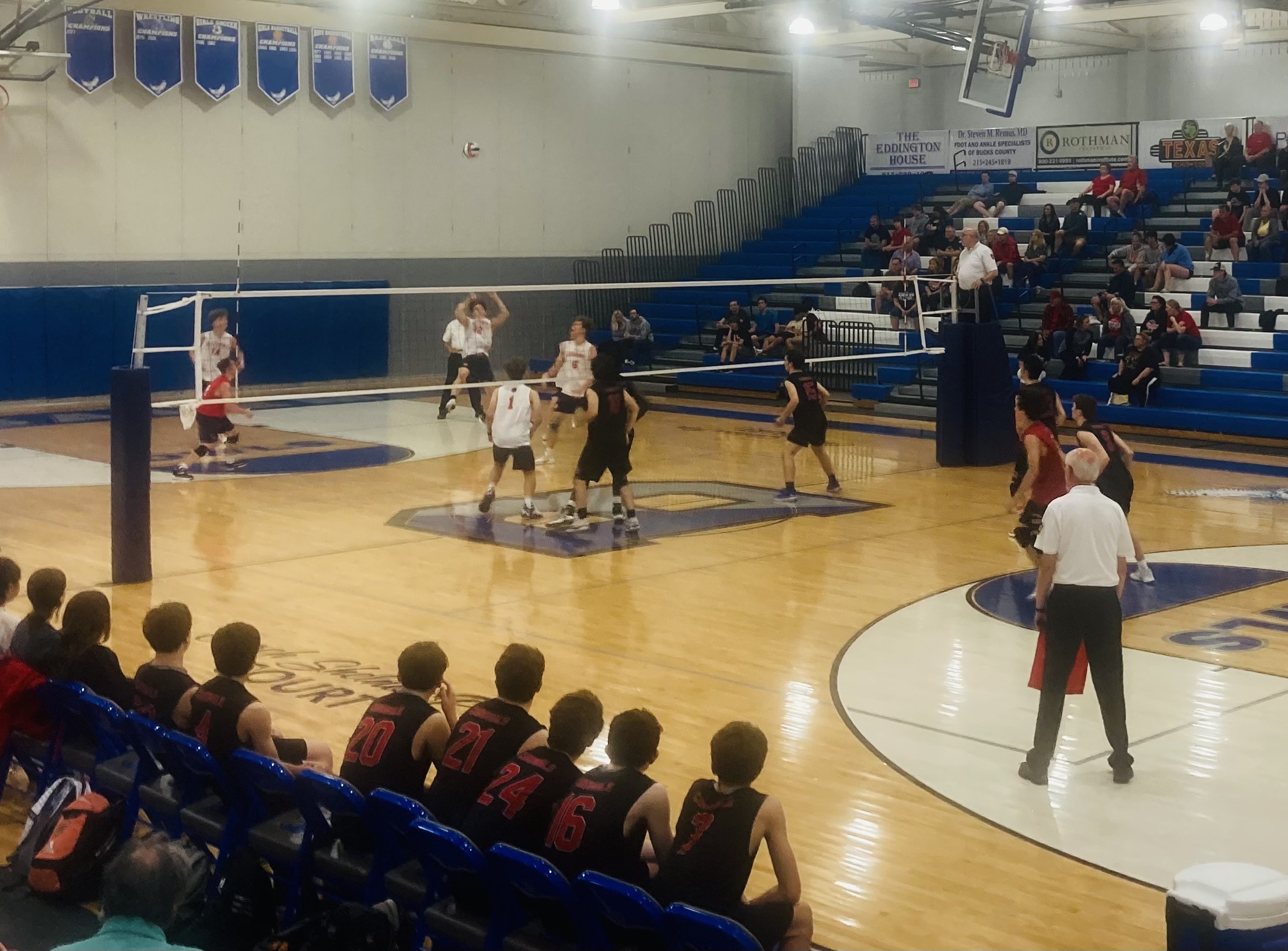 Neshaminy swept Upper Dublin 3-0 Tuesday night in the District 1-3A Semifinals on May 24, 2022. (Kev Hunter/MediaNews Group)

BENSALEM >> In the same position as it was a season ago, Neshaminy was ready to produce a different result.

Taking on a familiar foe in Upper Dublin, the Skins prevailed 3-0 in the District 1-3A Semifinals on Tuesday night, advancing to Thursday’s district final against Pennridge.

“I felt like we really clicked,” said Neshaminy’s Josh Hamilton, who had six kills and four digs in the victory. “We were firing on all cylinders. We passed pretty well — we did everything. We brought it all together against a really tough Upper Dublin team.”

The Skins fell to the Cardinals in last year’s district semis but broke through this time and secured a spot in states, advancing to the state tournament in consecutive seasons for the first time in 25 years.

Upper Dublin can still earn a states spot — the Cardinals and Council Rock North play in the third-place game at 5 p.m. Thursday at Bensalem. The final will be at 7.

Josh Hamilton played a key role for Neshaminy in its win over Upper Dublin on May 24, 2022. Kev Hunter, MediaNews.

“Most of our people came back. We have four of the six starters from last year,” Hamilton said of this team maturing. “We all just stepped up to the plate.”

The Skins were also playing hard for their teammate, Toby Kovaschetz, who is in the hospital recovering from an accident. The Skins had his name on their jerseys Tuesday night.

“We put Toby on our backs and I feel like we all stepped up for him,” said Hamilton.

“Toby is in our thoughts and prayers,” coach Pat Klingerman said.

“We had a lot of upperclassmen who had been with the team and we returned four starters. We knew we were gonna be near the top of the league. We just didn’t expect undefeated,” said Klingerman, who has guided his team to a 20-0 mark. “I’m just super happy for these guys, everything they’ve gone through.”

“I’m super proud of these guys. We came out ready to win that first set and we took it to them in the second set,” Klingerman said. “(Upper Dublin’s) a really strong team. That’s why they’re in here year in and year out. We had four starters from that team last year (that lost to UD in the semis) so they came in here with a chip on their shoulder.”

Upper Dublin huddles during its match with Neshaminy on Tuesday, May 24, 2022. Kev Hunter, MediaNews.

The Cardinals made a push in both the second and third sets but Neshaminy was able to close out.

The Skins now get ready for Pennridge.

“They’re gonna be tough. (Coach) Dave (Childs) does a good job up there,” said Klingerman. “That’s why they’ve made the semis 13 years in a row. They always do a good job. They’re gonna be well-prepared for us. Hopefully we have the same energy we came out with (Tuesday night). It’s a tough challenge against Pennridge, which is always a powerhouse in District One.”