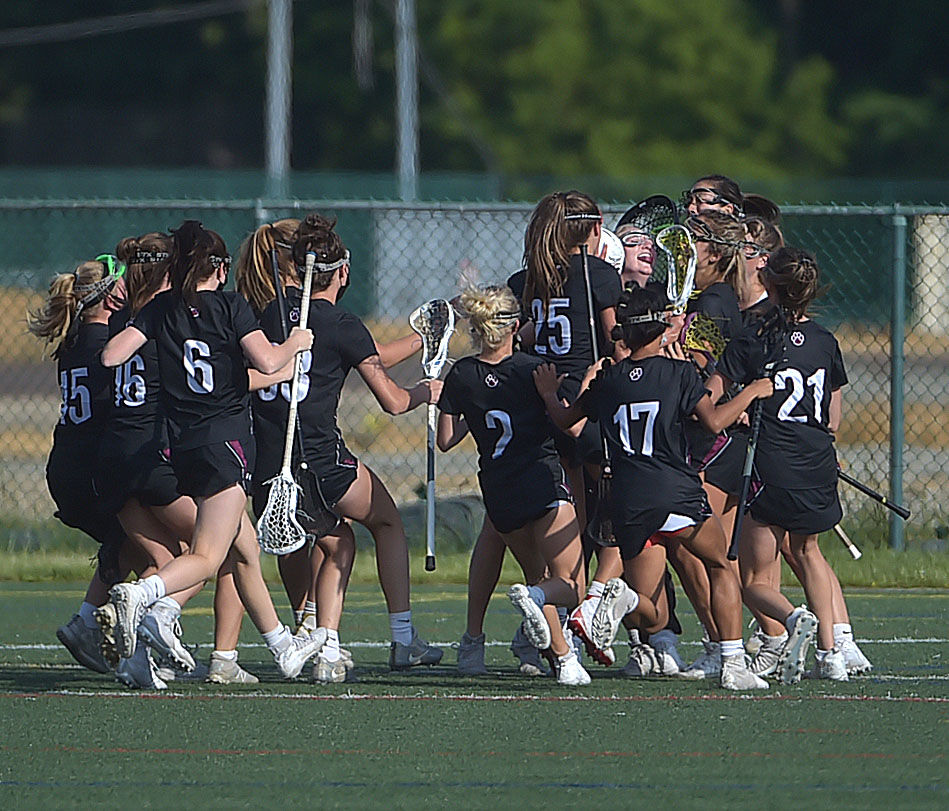 BUCKTOWN >> The outcome of the match and an assured berth in the state playoffs went right down to the wire in Saturday morning’s District 1-3A girls lacrosse quarterfinal at Owen J. Roberts. The Wildcats, who trailed most of the contest, had two chances to score in the final seconds.

But Garnet Valley, behind standout goalkeeper Mak Butler, hung on for a 6-5 win at a hot Wildcat Field North and clinched a spot in the PIAA Tournament.

The seventh-seeded Jaguars (14-6) will host Springfield (Delco), a 13-12 winner over Methacton, in the semifinals on Tuesday at 5:30 p.m. No. 2 seed OJR (20-2) will play at home in a 7 p.m. contest on the same day versus Methacton, with that winner earning one of the district’s six spots in state play.

Ava Kane led Garnet Valley with three goals and Alexa Vogelman scored three for the Wildcats, who trailed 5-2 with 15:30 remaining in the second half.

“We’re so excited,” said senior attack Kane, who scored two straight after OJR took its only lead at 1-0 and scored again with six and a half minutes remaining for a 6-4 advantage. “We really worked so hard all year and we’re really excited to get to states.”

Vogelman scored her third of the second half with 40 seconds remaining to close the gap to 6-5 and the Wildcats won the ensuing draw to give themselves a chance to tie. A shot from out in front deflected off a stick and OJR passed it back out from behind the cage for another try. But Butler won a battle for a loose ball with 10 seconds left and held onto it to wrap up the win.

“We’re very proud of our girls,” said Roberts coach David Schlesinger. “Especially when we were down 5-2 and rallied and made it a game. After that sixth goal, we played very well on the draw and had a great opportunity to tie it.”

The Wildcats had completed an undefeated regular season with a 7-3 win over Garnet Valley. But the Jaguars were encouraged by the fact that they had not allowed any more goals after trailing 7-0 at the half.

“We played them two weeks ago and the weather could not have been more different,” said Dooley. “They had a great attack, but I think we just stepped up in a confidence way. We knew we could hold them and we played solid defense.”

“We definitely changed our defense from last time,” said Kane. “We went to practice and worked hard and figured out their game plan.”

Gabbi Koury scored for the Wildcats just over two minutes into the match, but Kane scored twice and Sophie Kingsborough notched her first of two within a six-minute span midway through the half. Kalli Mullen brought Roberts to within 3-2 with 8:50 remaining in the half and that’s the way it stayed until the break.

Maddie Shoemaker scored eight minutes into the second half for the Jaguars and Kingsborough scored again to make it 5-2. But Vogelman scored twice in less than a minute, assisted both times by Koury, for a 5-4 score. Then Kane gave the visitors their 6-4 advantage and the Jaguars hung on, despite drawing a yellow card with 1:57 to go.

“You see something like that happening,” Dooley said concerning the Roberts late rally. “I’m proud of my girls. They stepped up.”

Butler made seven saves, six of them in the second half, and came up with numerous key groundballs. OJR’s Korrigan Sweeney also played well in goal with four saves in the first half and five in the game.

“Both goalies were outstanding,” said Schlesinger. “That’s what high-level playoff lacrosse looks like.”

“I can’t give enough credit to Mak Butler,” said Kane. “When we needed her to have our backs, she was right there for us. It’s pretty exciting. We really knew we had to be patient. They are a really talented team. But we possessed the ball, the way Garnet Valley plays.”

Schlesinger was disappointed that his team was once again not able to get past a quarterfinal opponent.

“We’ve got to learn to get over this hump,” he said. “This is the third year we’ve lost in this round. We’ll  learn from our mistakes and keep getting better.”