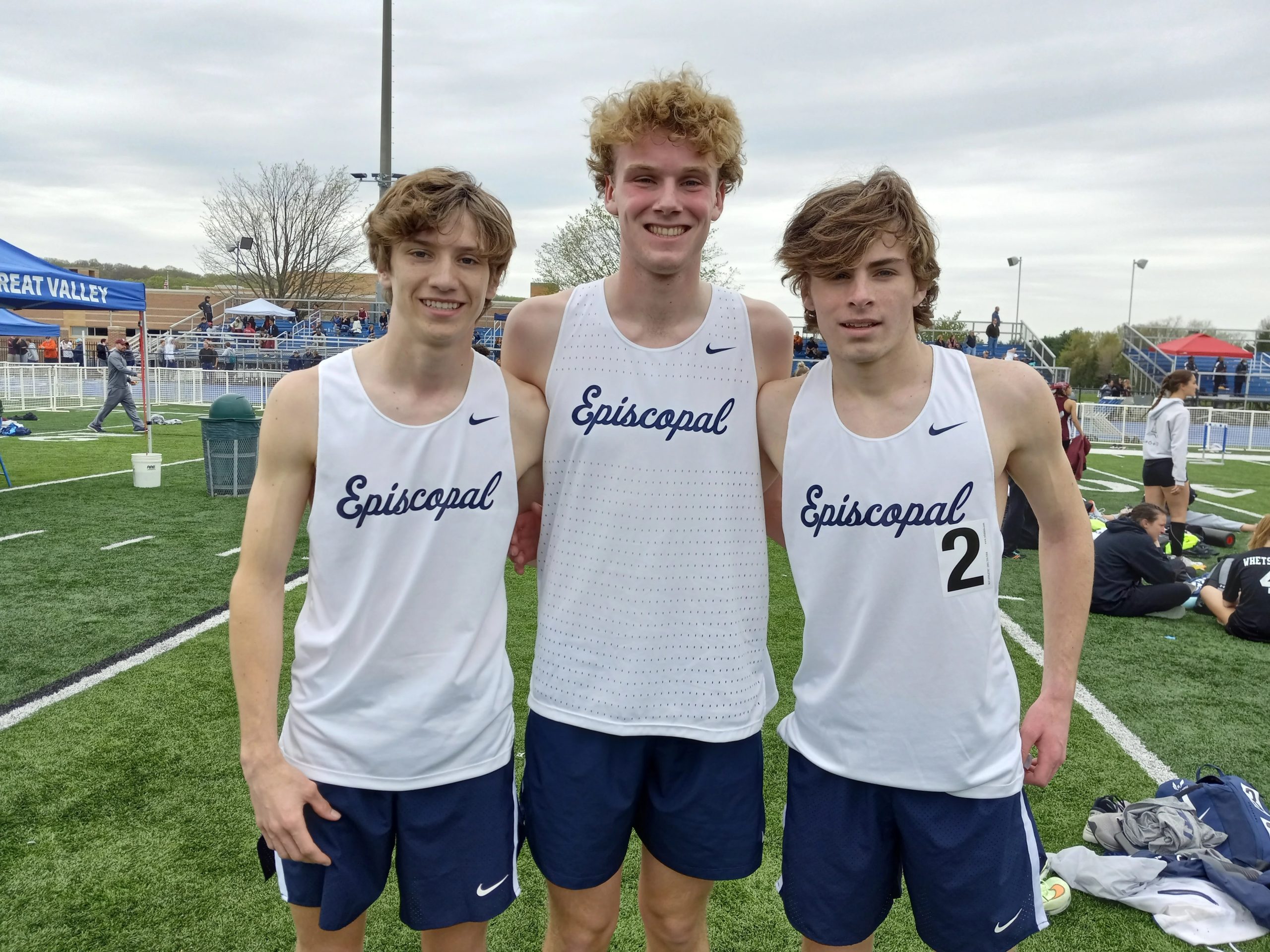 Double distance champ Michael Woolery and all-arounder Mekhi Rodgers made it happen for the Churchmen at PAISAAs Saturday at Malvern Prep, racking up 111.5 points. That bested the hosts, with 86 points, to the crown, with Haverford School third at 71 points.

Rodgers grabbed medals in all of his events. He earned silver in the 200 (22.45 seconds) and second in the long jump (22 feet, 6 inches) to go with fifth in 100-meter dash and fifth in the triple jump. Alphonso Koukou was second in the shot put, and Joachim Johnson finished third in the high jump.

Haverford lacked EA’s depth but had plenty of top-line stars. Joshua Allen was the outstanding jumper , clearing 6-4 for gold in the high jump and 46-5 to take the triple jump. Patrick Donaher added gold in the shot put with an outdoor-best throw of 55-7 (he’s thrown 56-0 indoors). James Gates finished second in the pole vault.

Haverford’s lone success on the track came in the 400-meter dash with a youthful 1-2. Freshman Colin Campbell-Williams won in 51.06 seconds, with sophomore Andre Innis second in 51.31.

Avery Elliott had an equally impressive afternoon for the Churchwomen, winning the high jump by clearing 5-2. She was second in both hurdles events.

Notre Dame (50 points) finished fifth. Emma McGuinn took home personal hardware by winning the 100 hurdles in 14.87 seconds. She was sixth in the 300 hurdles.

Therese Trainer was the runner-up in the 800, clocking in at 2:13.43. Grace Galia (triple jump) and Temperance England (discus) added bronze medals. Notre Dame won the 4×400 relay.

Agnes Irwin’s 12 points landed them 11th. Leading the way was Blake Stefan, who finished third in the 400.