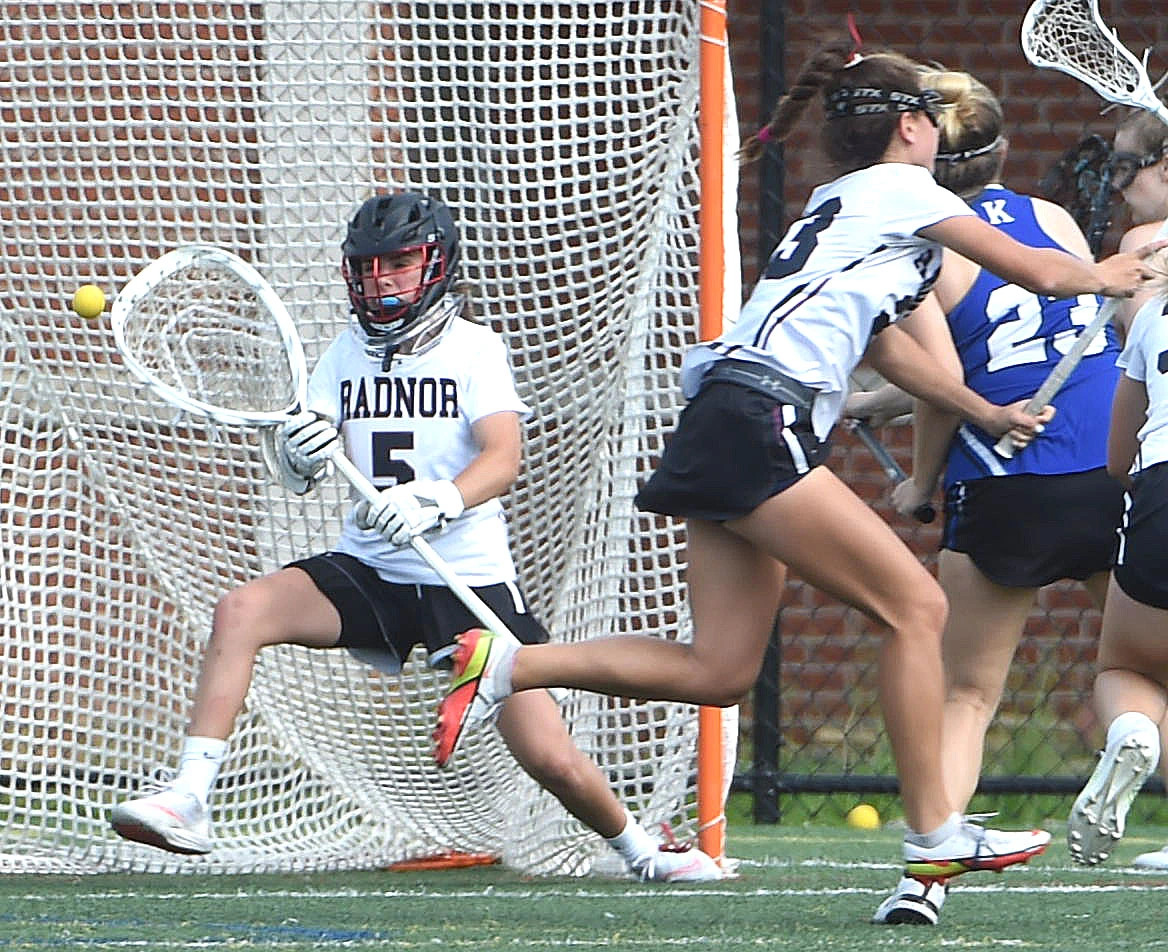 RADNOR — When Lis Zuern took over as the girls lacrosse coach at Radnor, she knew she would have veteran players and a proud heritage.

As for a most necessary component for a championship team, that was a mystery, one that didn’t take long to solve.

“I had no idea if we had a goaltender,” said Zuern, the Raptors’ first-year coach. “They didn’t tell me that.”

Turns out, the Raptors would have a sophomore, Arden Jansen, who not only has made an early difference in the District 1 Class 3A tournament, but has become an unexpected rookie leader for the defending state champion. Two days after making a spectacular late save to help push the Raptors into the quarterfinals, Jansen made six critical saves Saturday as Radnor outperformed Unionville, 11-6, to win a semifinal berth Tuesday against Conestoga.

“Arden is our brick wall back there,” Zuern said. “She pumps up the team. She’s the energy of the team. She’s definitely a spitfire. She always challenges the attack in practice and everything. She’s awesome.”

For a veteran team with multiple scoring threats and a sturdy defense, it’s noteworthy that a first-year player would be so influential. Jansen, though, has been readying for that challenge for most of her life. The sister of honorable mention All-Delco keeper Abby Jansen, who helped the Raptors to that 2021 state championship before continuing her career at the University of Virginia, Arden Jansen tends goal with a veteran steadiness.

With an awareness of the value of Saturday’s game — the winner would be guaranteed a spot in the state tournament — Jansen knew she had to be ready.

“I had a good warmup,” she said. “And if I have a good warmup, and I am seeing the ball, I think I can just carry that over to the game itself.”

Just as Jansen gave her teammates comfort, the Raptors provided the keeper with early support, jumping to a 6-2 lead by halftime. When that gap widened to 9-2 early in the second half, it would be up to the defense to prevent any late rally. That’s when Jansen repeatedly blunted would-be Longhorns bursts as the fourth-seeded Raptors improved to 16-4. Fifth-seeded Unionville (15-5) will try to take the playback route to a state tournament bid, beginning with a Tuesday visit from Downingtown East.

Mary Kate Cawley scored twice, Amanda Wolfe had a goal and two assists, and Maddie Passarello and Delaney Harlan each supplied a goal for Unionville.

“Radnor played a good game, ” said Longhorns coach Tara Brown. “They were aggressive, and we were just a little off. I think that we will learn from this and we will grow for the next game. But hats off to Radnor. They controlled their game and we didn’t control ours as well.”

Even when the Longhorns did, there was Jansen to restore order.

“Saving the ball takes the wind our of the other team’s sails,” Jansen said. “I think it just motivates the team to play even harder.”