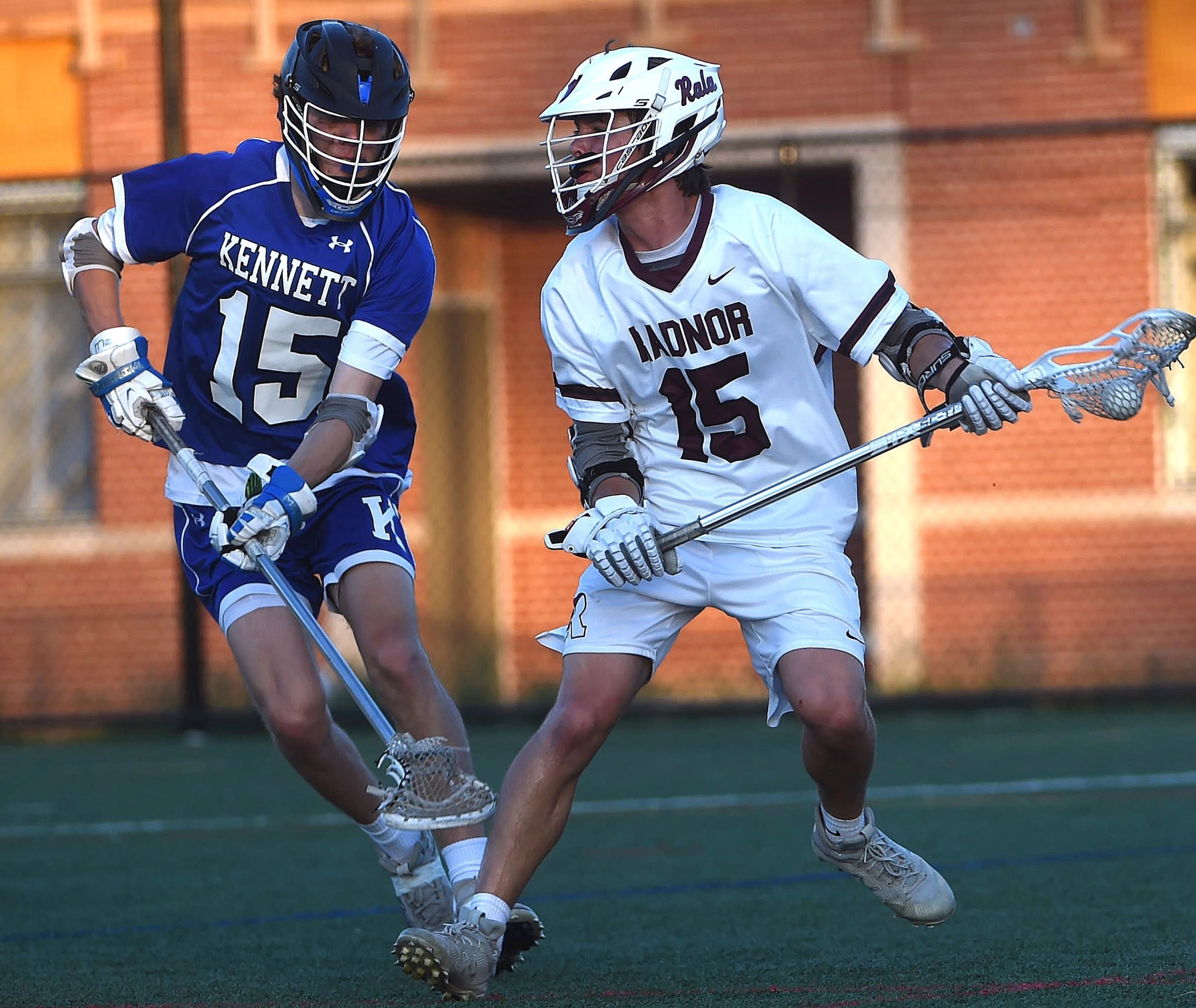 RADNOR — John Begier has been around lacrosse long enough to know that the end of any season can come in a hurry. For that, the Radnor coach will always maintain a policy: Do not wait around for it to happen.

“We need to be ready right out of the gate, to be aggressive, play hard, hunt groundballs, all of that,” Begier said. “Everybody has to be ready to play.”

That plan worked well enough for a 2021 state championship, and it has been on vivid display during the Raptors’ two postseason encores, including a 16-3 victory Saturday over Central Bucks East in the District 1 Class 3A quarterfinals.

Two days after scoring nine first-quarter goals against Kennett, the top-seeded Raptors scored eight times in the first dozen minutes against the eighth-seeded Patriots to earn a semifinal opportunity Tuesday against Springfield.

They figure to be ready.

“We are starting to really get our momentum going early in the game,” Radnor attackman Mason Montrella said. “And I think that’s really great for how we are going to continue our playoff season.”

Montrella scored three first-period goals against Kennett Thursday, then stuffed two of his three goals into the first quarter Saturday.

“Our attack is playing well in general,” Begier said. “They are unselfish. They’re getting quality shots. And Mason is a good shooter. He’s confident and he takes high-quality shots. He doesn’t force things that aren’t there, so his shooting percentage is really strong.”

Radnor scored six of the first seven goals and received steady goalkeeping from Nate Brown, Nick DeCain and John Webb to improve to 18-2.

Thomas Williams scored two goals, and Nicholas Knepp added one for 13-5 Central Bucks East, which will spin into playbacks Tuesday against visiting Conestoga for a chance to get to states.

“All the other sports at East have hung their cleats up or put their bats away, and our players are still playing,” Garcia said. “What is going to define them as a player or a person is what they do next. In light of defeat, they have to come back and play as hard as they possibly can. That will be a marker on their character.”

Radnor, too, realizes the challenges will grow.

“It will definitely get tougher from here,” Montrella said. “We are going to keep going, hopefully, and go as far as we can in the playoffs. But as long as we stick together, I think we’ll be all right.”

Remaining ready for anything, particularly early in games, will be a key.

“We had Kennett here Thursday and we played them twice last year, so our guys knew they had to be ready to play,” Begier said. “They knew they needed to be hungry. Then it was Central Bucks East, and we have had a lot of great games against them over the years. We knew they would be athletic and play fast, so we had to be ready right out of the gate. So mentally, that’s a big part of it, understanding that your opponent is a good one and you have to be ready to play.”