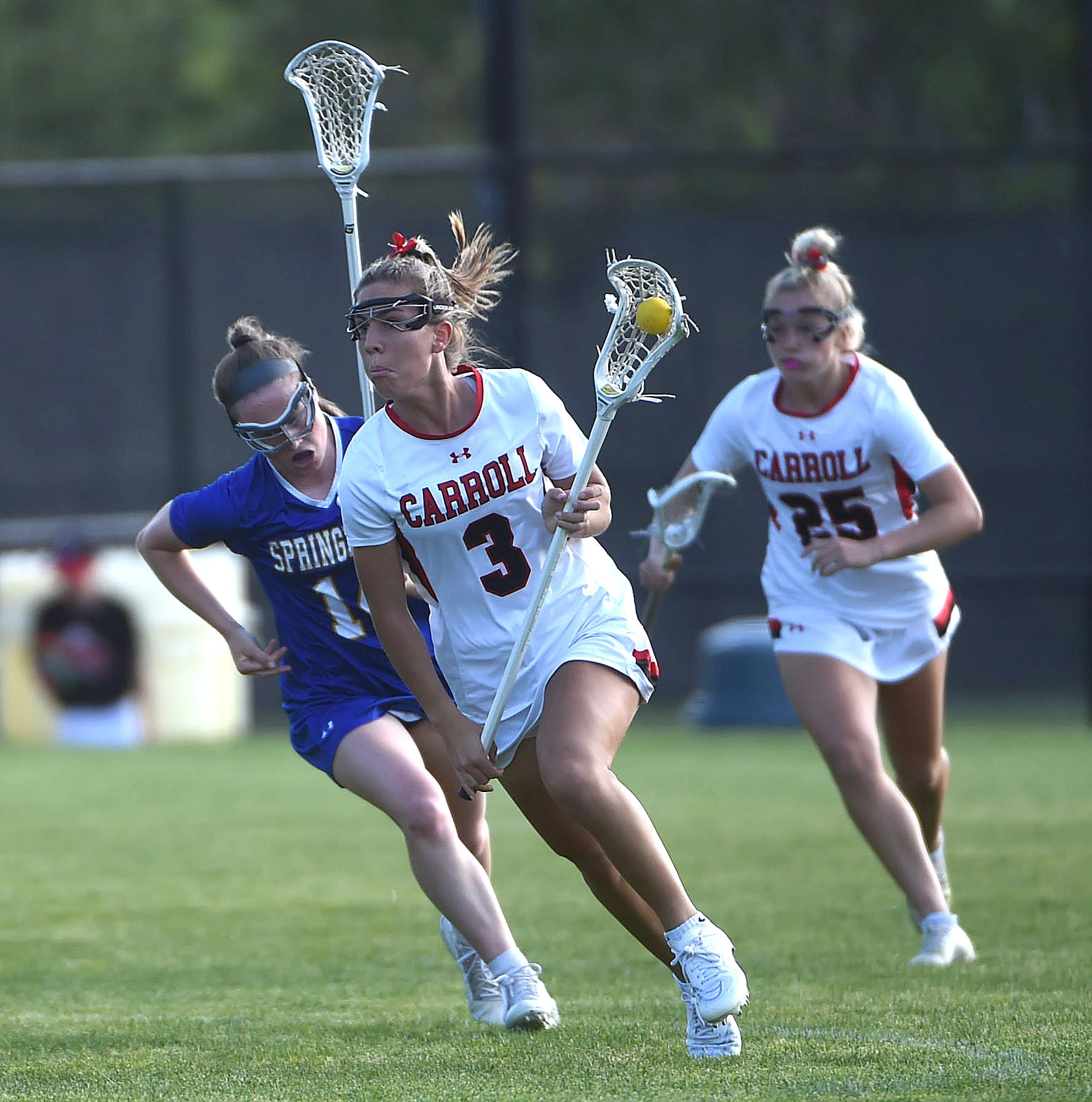 The Patriots rolled to a 17-7 victory over Cardinal O’Hara, extending the team’s league winning streak to 262 games.

Kiley Mottice (two assists) and Chloe Bleckley led the way with five goals apiece. Ava Bleckley chipped in with four goals and a pair of assists for the Patriots, who held an 11-4 lead at halftime.

Bridget Robinson finished with seven saves in the cage, while Machaela Henry added a goal and five eight draw controls.

Episcopal Academy rallied to score five runs in the bottom of the sixth inning and held on to defeat Baldwin School, 10-6, to clinch the Inter-Ac League championship Thursday.

Karen Xiao was 2-for-3 with a double and three RBIs for the Churchwomen, who had trailed 6-5 in the sixth. Hanna Legaspi was 3-for-4 with three RBIs and Maddie Masiko added a single, double and two ribbies.

Colby McNeely pitched six shutout innings with seven strikeouts to lead The Haverford School to a 5-0 victory over Mercersburg in the first round of the Pennsylvania Independent Schools Athletic Association tournament.

Cole Donnelly blasted a solo home run and Ian White had a two-run double for the Fords (14-10), who will play Inter-Ac rival Episcopal Academy in the quarterfinal round Tuesday.

Malvern Prep’s AJ Nikolic scored the winning goal in overtime, lifting the Friars to an 11-10 victory over The Haverford School for the Inter-Ac League championship.

The Fords had trailed 10-6 in the fourth quarter before they reeled off four consecutive goals to force OT. Avi Mehl netted the equalizer with less than three minutes to play.