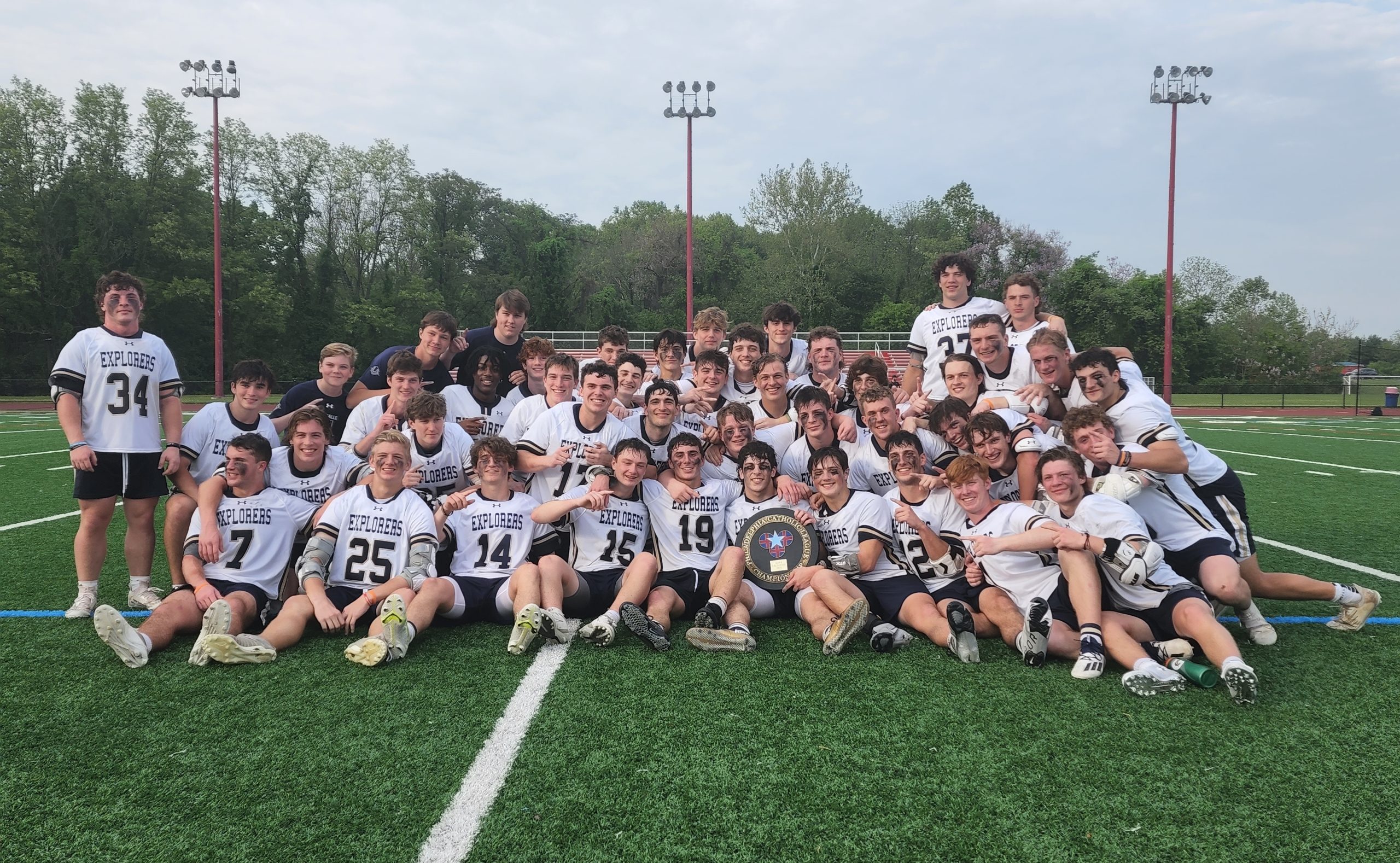 The Explorers won their sixth straight PCL championship and 25th in the league’s 28-year history Friday afternoon with an 8-6 win over rival St. Joseph’s Prep at Cardinal O’Hara High School.

“We knew it was going to be a dog fight coming into the game,” La Salle senior midfielder Jack Pilling said. “Every time Prep and us play they are going to put forth their best effort, we’re going to put forth our best effort. We both want to win. We both want to come out there and have a great game. It was the same mentality we go into every other game with – not worried about if we fall behind, how close it is, anything like that.”

“It gets us ready for the season that’s coming up next, the PIAA playoffs,” La Salle senior defender Henry Troy said. “We love when a PCL team gives us a game, especially St. Joe’s. It’s fun playing against them.”

Franky Fix put the Explorers ahead for good in the final minutes of the third quarter and Tommy Vandegrift added a second to make it 7-5 going into the fourth.

Luke Bieberbach scored early in the final frame for St. Joe’s Pep – his fourth goal of the game – to make it 7-6, but that’s as close as the Hawks would get. The score held until the final minute when La Salle’s Paul Van Bastelaar added an insurance goal to make it 8-6.

La Salle’s defense played a big role in the second half.

Troy and Will Pickering combined for a big stop in front of their own goal in the third quarter while Andrew Van Stone forced a key turnover when the Hawks had numbers in transition.

Van Stone made another big play in the fourth when he forced a turnover, picked up the groundball and raced into the offensive end to steal a possession.

“(Prep is) really good at coming down in transition,” Troy said, “just scoring goals fast. We started talking more, getting more aggressive on the ball when they were settled. Then we got our takeaways, got our caused-turnovers and got it to our offense.”

After a La Salle pass went out of bounds, St. Joe’s Prep took over in the fourth with less than two minutes left, trailing 7-6. When the ball hit the ground and player’s raced for possession, it was Pilling who came up with it. He took a hard hit and held onto the ball while his sideline called timeout with 1:35 left in the game.

Out of the timeout, La Salle played keepaway while the Hawks sent multiple defenders at the ball. Pilling drew a penalty before finding Van Bastelaar for the game-sealing score.

“When it’s in those situations you know they’re going to be pressing out on you. You just need to run by your guy and if you draw a flag – great. If not – try to score. I knew they would be pressing out and I’d have to try to make a play.”

Pilling got off to a fast start. He put the Explorers ahead 1-0 on their first possession of the game and had three goals in the first quarter to help build a 4-2 advantage.

“My teammates just put me in good spots,” he said. “They drew a slide and I just followed the slide. Credit to them, they put me in a really good spot.”

In the third quarter, La Salle’s Charlie Huntley and St. Joe’s Prep’s Bieberbach traded goals to make it 5-5 before the Explorers scored two quick ones to take control at the end of the frame.