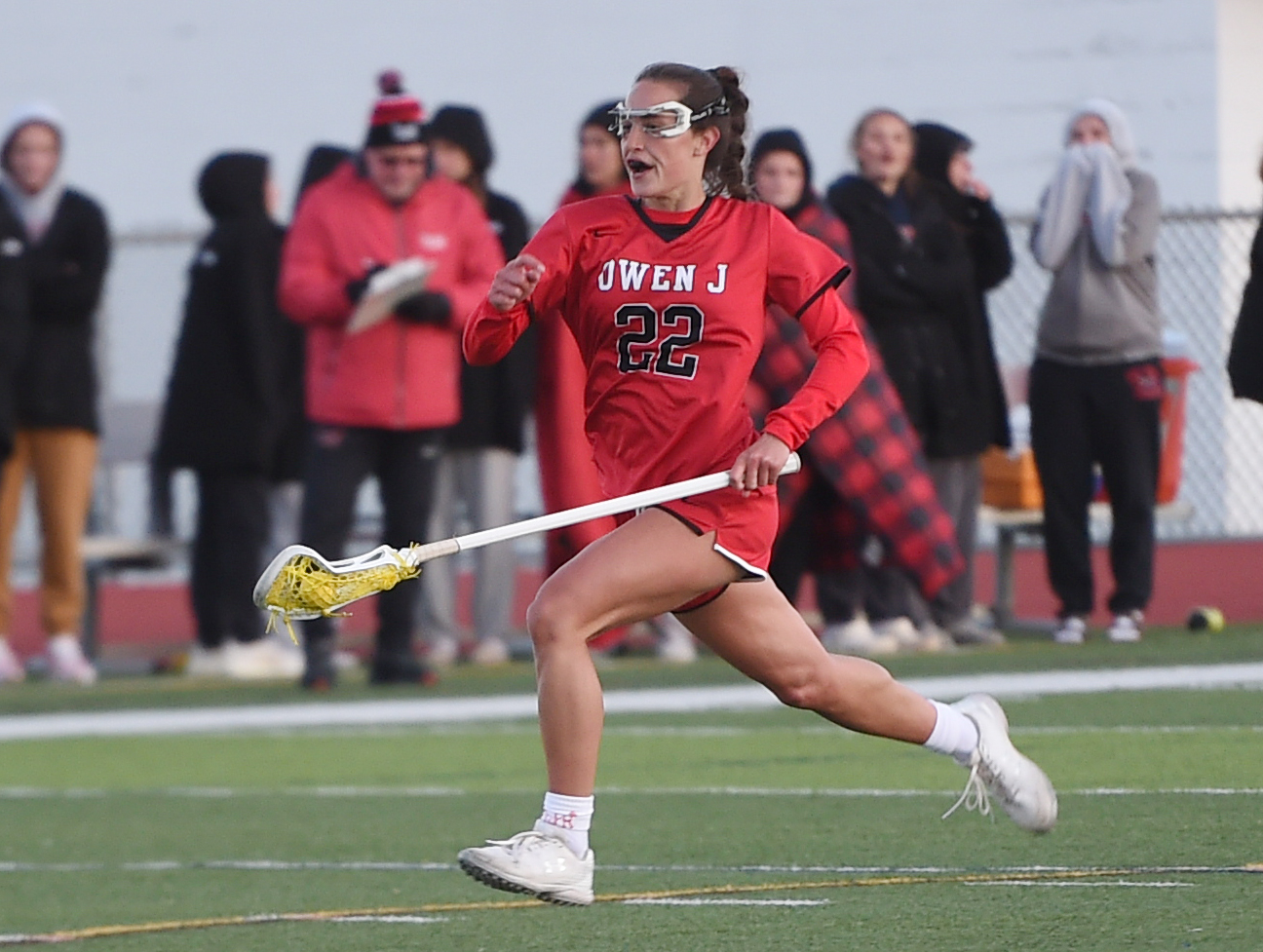 BUCKTOWN >> Patience on defense was the key for Owen J. Roberts in Thursday night’s District 1-3A second-round girls lacrosse match as Downingtown West played an effective ball control game from start to finish.

But in the end, the OJR offense came through as Gabbi Koury scored with 1:13 to go and Roberts controlled the ensuing draw and ran out the clock for a 6-5 win at Wildcat Field North.

That sends the second-seeded Wildcats (20-1) into a home quarterfinal match on Saturday against Garnet Valley (an 18-3 winner over Great Valley), needing one more win to claim one of the district’s six spots in the PIAA Tournament.

“Our defense did a really good job of being patient,” said Koury. “Our communication was really on. We played out of our minds on defense.”

“We were not losing our focus,” said Vogelman. “We stayed focus, stayed in the moment.”

West – an 11-8 winner over Boyertown in the opening round on Tuesday – took the opening draw and made its intentions known by controlling the ball for over two minutes before turning it over.

The Wildcats broke the scoreless tie with 19:17 remaining in the half when Vogelman came around from the back of the cage for a score. OJR eventually made it 2-0 nearly 10 minutes later on a goal by Blakely Doyle off an assist from Vogelman with 9:22 until the half. Then Koury scored just 11 seconds later on a fast break off the draw.

But Greco intercepted a pass in West’s defensive end and sped the length of the field for a score with 5:30 left until the break and scored again with three minutes to go for a 3-2 halftime score.

Autumn Blair tied it for the Whippets early in the second half and the teams traded scores the rest of the way, with Vogelman scoring, Greco knotting the score, Gracyn Smith giving the Wildcats the lead with 6:42 to go and Greco tying it again with 3:29 remaining.

“We want those close-fought competitive games,” said Vogelman. “We can compete to the best of our ability.”

“I think it was a good change-of-pace game for us,” said Koury. “It sets the tone for the rest of the playoffs.”

Koury finally gave OJR the lead for good when she spun through the Whippets into position in front of the goal and fired in the game-winner.

“Our team did a great job of stepping up,” said Koury. “I had to help Alexa out.”

“She (Koury) does what she does best,”said Vogelman. “She’s a great one v. one driver.”

“We’re really fortunate to have two extraordinary players,” Wildcat coach David Schlesinger said concerning Vogelman and Koury. “They compliment each other. They’re best friends. They play supurb lacrosse in all three fields – offense, defense and midfield. We also had extraordinary defense. It was one of the best defensive performances I’ve been a part of as a coach.”

Strauss kept the Whippets in the game with clutch saves, none of them easy.

“The girls played awesome,” said Downingtown West coach Brittney Conventino. “We had a plan. Our plan all season was to possess the ball. It took the entire season to buy into the plan and we played awesome tonight. I’m very, very proud of them.”

The Wildcats regrouped after an 8-5 loss to Methacton in the Pioneer Athletic Conference championship game last week.