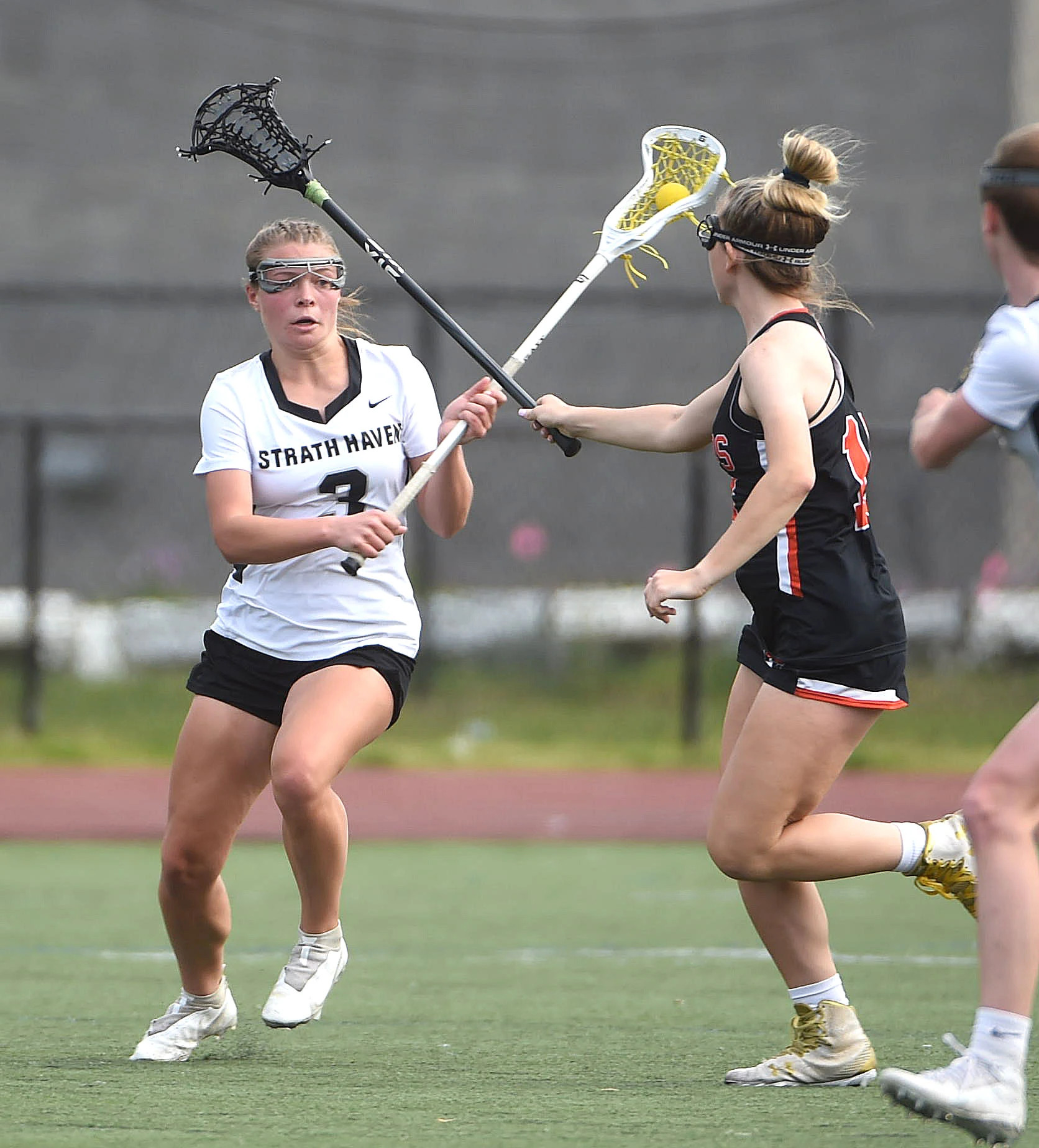 Laura Conner joined the 100 goal club as Strath Haven rolled over Merion Mercy, 19-5, in the opening round of the District 1 Class 2A girls lacrosse tournament Tuesday.

Conner scored twice, handed out one assist, recorded two ground balls, two caused turnovers and one draw control to send the second-seeded Panthers into Thursday’s quarterfinals for a home game against No. 7 Upper Perkiomen, a 17-5 winner over No. 10 Dock Mennonite. The winner of that game automatically qualifies for the PIAA tournament.

Conner reached the century mark to give Strath Haven a 3-0 lead. That advantage would grow to 13-0 before the Golden Bears finally got on the board.

Bishop Shanahan 16, Marple Newtown 4 >> The top-seeded Eagles moved into the quarterfinals behind three goals apiece from Annabelle Wiedel and Caitlin Hubyak. Sylvia Baptista and Paris Masaracchia pitched in with two goals each. Bishop Shanahan plays the winner of the game between West Chester East and Villa Maria Academy.

In other first-round, Class 2A action, No. 12 Delco Christian dropped a 22-2 decision to No. 5 Mount St. Joseph. MSJ will take on No. 4 Upper Moreland, which defeated No. 13 Sun Valley. No other details were reported.