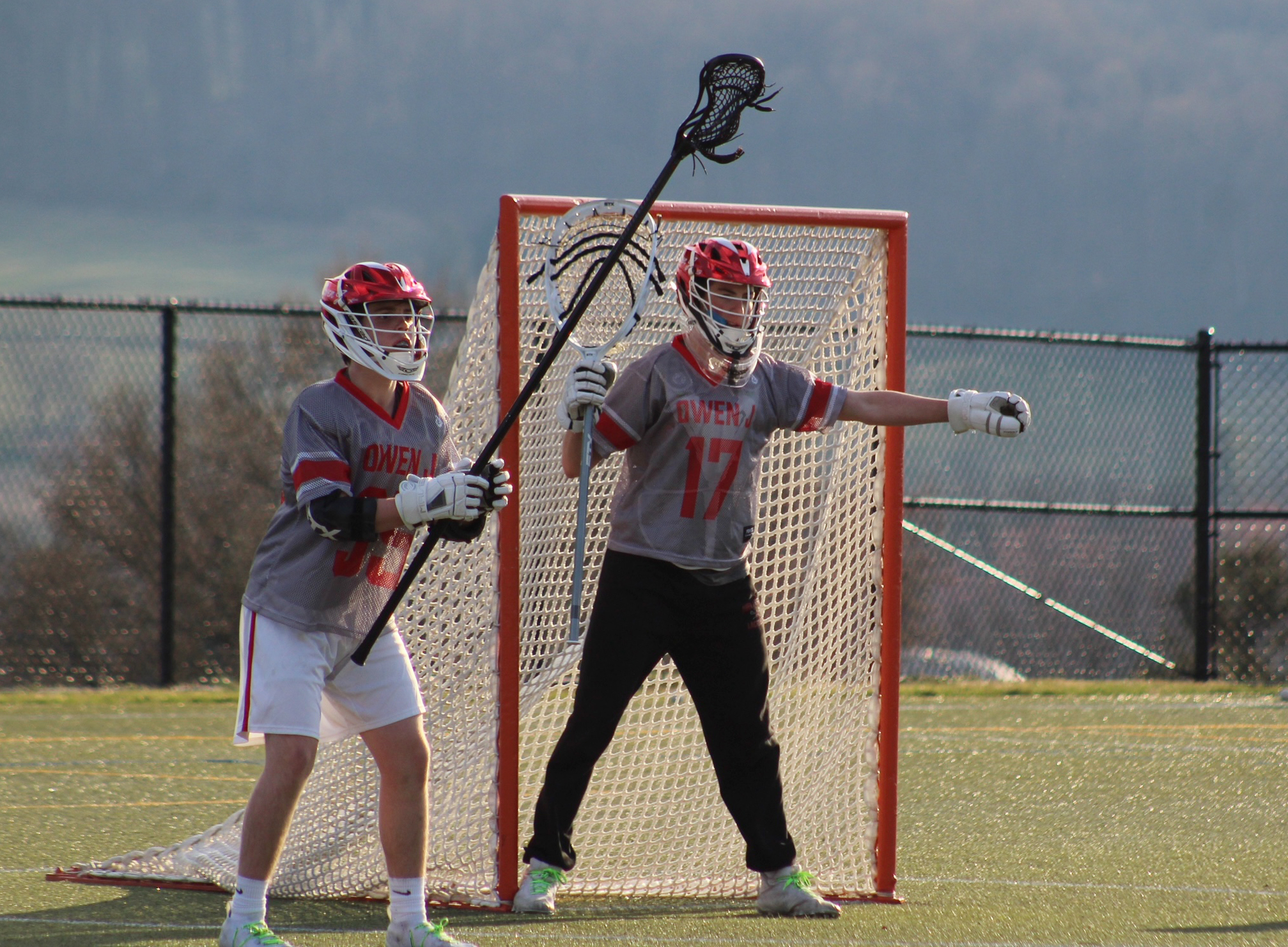 BUCKTOWN >> The emergences of unlikely postseason heroes create some of sports’ most enduring moments.

But for Owen J. Roberts’ boys’ lacrosse team, they are hoping Brady Callahan’s heroics on Tuesday night jump-start a postseason run that re-defines the program.

Making his first career start in place of senior goalie Will Cody, sophomore Callahan had eleven first-half stops and 13 for the game, giving the Wildcats’ offense breathing room to run away from North Penn, 15-4 in the first round of the District 1-3A playoffs.

The No. 10-seeded ’Cats offense was clicking early and often as they moved onto Thursday’s second round, where they will travel to No. 7 Spring-Ford..

The last time OJR qualified for Districts (2019), even this year’s senior leaders were wide-eyed freshmen, none of whom saw time in the postseason. But the team performed like seasoned veterans Tuesday night, unaffected by the do-or-die nature of the postseason.

Callahan wasn’t the only youngster to step up for OJR. Gabe DellaPenna, a sophomore midfielder who saw his season abbreviated by a knee injury, is back to 100 percent at the right time. DellaPenna proved that on Tuesday, bagging four goals to lead an offense that put up six goals in both the second and fourth quarters.

“I think I have the ability to see the field, hit guys cutting – I just try to use the other guys on this offense to help the team,” said DellaPenna.

The ‘Cats built an 8-0 advantage before North Penn’s Caleb Moister scored the first of his three goals to break the ice at 1:47 of the second quarter. North Penn would come as close as 9-3 before OJR closed matters with a 6-1 fourth quarter burst.

Aside from DellaPenna’s four goals, senior Josh Devine and Andy Giandonato tallied twice. Devine’s first goal was his 60th of 2022, and he had a pair of assists as well.

Freshman Owen Clefisch had a pair of scores, joining Will Jaeger, Pat DeAnna, Will Whitlock, Jutty Daubert, and Damian Swech on the scoresheet.

The story, however, was Callahan, accumulating double-digit stops before North Penn could solve him. But by then, the Wildcats had the game well in hand.

“I was nervous at the start,” the goalie admitted, “but I knew these guys had my back. It never gets easier, but my confidence built as we went along.”

Callahan gave way to third-string goalie Ethan Miller in the final minutes. Miller, who made a last-second save to the delight of the OJR fans and his teammates, doesn’t see a lot of playing time, but epitomizes the camaraderie of the 2022 Wildcats.

Miller’s post-high school plans may not include lacrosse, but he does plan to room with teammate Josh Devine, who will play at Cabrini next year.

“It obviously makes me feel good,” said Miller. “There’s the sadness that this could be [our last home game], but to hear everyone get so rowdy after that save was a great moment.”

Taking the next step, however, will test OJR’s resolve to a new level.

On Thursday, the Wildcats will travel over to Spring-Ford to take on the No. 7 Rams in a rematch of last week’s PAC Championship game, won by Spring-Ford by an 8-2 final.

There’s no way to sugarcoat it. Spring-Ford dominated the PAC title game from start to finish and turning that result 180 degrees in a week’s time will take the performance of their season for the Wildcats.

“Honestly? There’s nothing better than playing Spring-Ford again,” said OJR coach Mikey Zadroga. “This rivalry needs to come back, but for that to happen we need to win. What better time than in the playoffs?

North Penn’s campaign ended at a record of 9-10.

“We have 15 seniors, and all we ask is that they battle every single day,” said Knights coach Rick Smith.

“We didn’t match up well tonight, but our four senior leaders – Danny Myers, Matthew Kuhn, Lars Homan, and Danny Sloan – we’re so proud of all these guys.”

Sloan missed much of the season with a shoulder injury but earned praise from the coach nonetheless for his contributions to North Penn lacrosse.

“I’m surrounded by great young men, and I’ll always remember them as great, hard workers who did the right things on and off the field,” Smith said.

OJR moves to 15-6 with the victory, the school’s first in the postseason since 2014.

As meaningful as that accomplishment is, it pales in comparison to what one more win would mean.

“There is nothing to lose,” Zadroga repeated. “One more shot. We win or we go home. Why not give it everything you’ve got?”

District 1-3A First Round