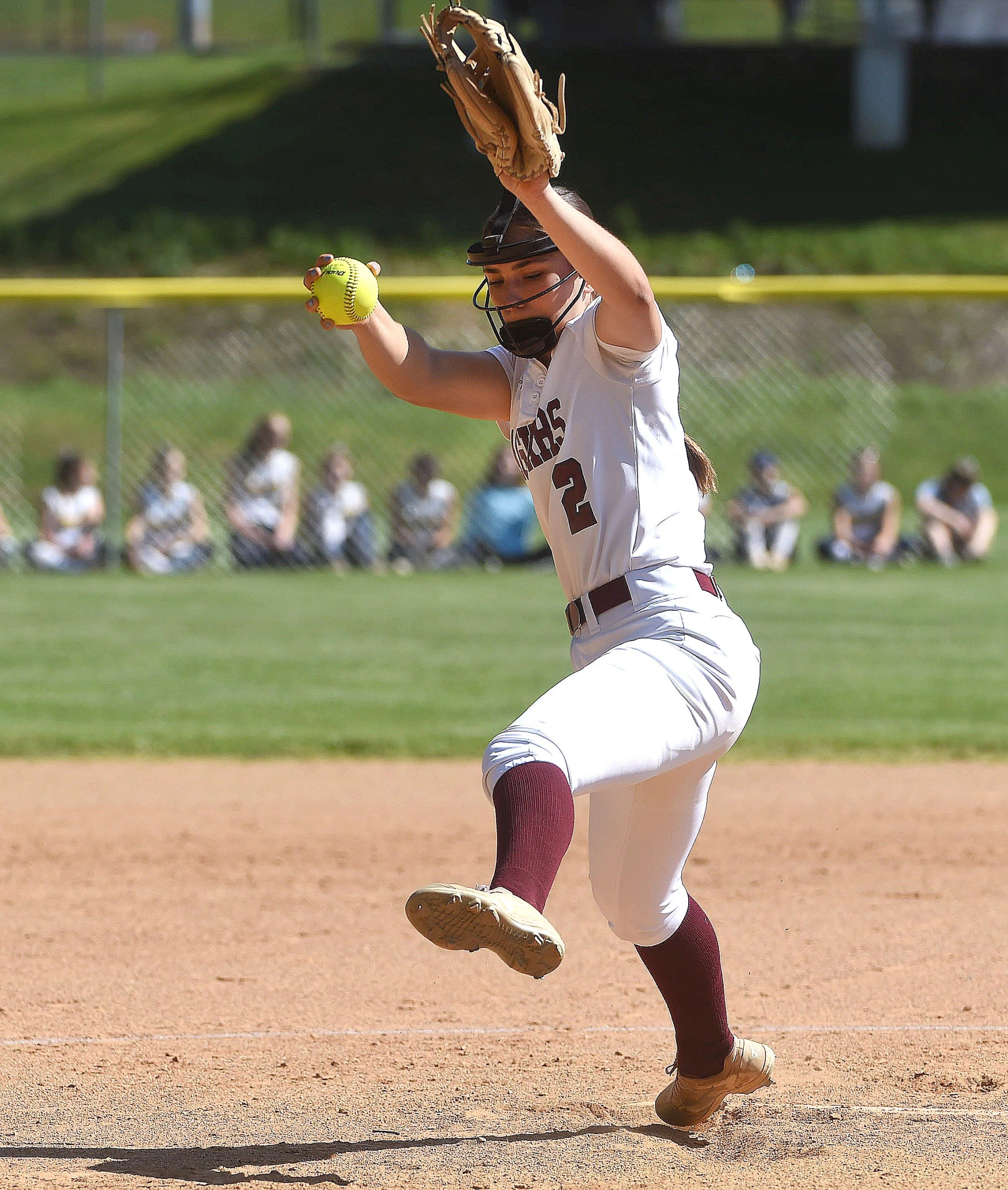 Starting pitcher Anna Sidlowski came within one out of a no-hitter and Kelly Cornog came in to finish it, leading Garnet Valley to a 1-0 softball win over Unionville Wednesday.

Sidlowski struck out 13 in 6.2 innings, and Cornog registered her 100th career strikeout to get the other out in the seventh inning for the Jaguars, now 15-3.

Madison Parisi pitched a two-hitter in defeat for Unionville (8-11), which committed two errors leading to the only run of the game. Parisi also reached the 100-strikeout milestone.

“It’s been a goal for the entire season,” Parisi said. “So it was good to do it this game before the season ended.”

Zoey Rogers and Emily Orsini got the hits for the Jaguars, Rogers tallying in the fourth inning.

Sun Valley 14, Chichester 4 >> Brianna Lawson collected three hits to reach the 100 mark for her career in a win over the Eagles. Lawson chipped in two doubles and four RBIs.

Devin Warner added four hits, and Melana Timmes and Layla Murphy had three hits each. Jordan Skarren got the win, with her 100th strikeout of the season.

Springfield 9, Strath Haven 6 >> Springfield led 6-1 after an inning and a half and added a three-spot in the top of the seventh just for good measure. Hope Priemon drove in three runs, as did Ally Heston, who went 3-for-4 with a home run and three runs scored. Amaya Hartung got the win.

Ridley 17, Lower Merion 2 >> Karlie Cecchini made quick work of the Aces, recording all six of her outs via the strikeout to get the win in a three-inning affair. She added two hits and three RBIs.

Jolie Torrens tripled and went 3-for-3.

Lauren Walsh had a double and a run scored for the Tigers.

Tyler Madison’s bases-loaded triple was the big blow to break open a 9-4 win for Sun Valley over Chichester Wednesday afternoon.

Ivano Romaniello also had an RBI triple, Vincet Proieetto tripled and drove in two and Ryan Snyder had two hits. Luke DePasquale got the win with three solid innings on the mound. Snyder tossed two no-hit innings to close it out.

Chester 8, Academy Park 2 >> Mah’Kai Johnson was 4-for-4 and also tossed three shutout innings. Nick Griffin had three hits, as did Anthony Reczeuk, who also closed the game out with five strikeouts.

Katie Onderdonk hit the 100-goal mark for her career with a seven-goal outburst as Notre Dame rallied past Germantown Academy, 16-13.

Archbishop Carroll 26, Lansdale Catholic 2 >> Top-seeded Carroll will vie for its 21st straight league title after demolishing LC in its semifinal. The Patriots led 17-2 at the half.

Cardinal O’Hara 21, Archbishop Wood 1 >> O’Hara booked what has become the customary final for the last decade, via four goals and one assist each from Claire Natali and Lexi Culp. Ellie Miller and Mia Scarduzio each tallied three goals and two assists.

A Cornog celebration, of softball and a memorable life
Hurter slams the door on Upper Perk, leads Boyertown to first PAC championship since 2011