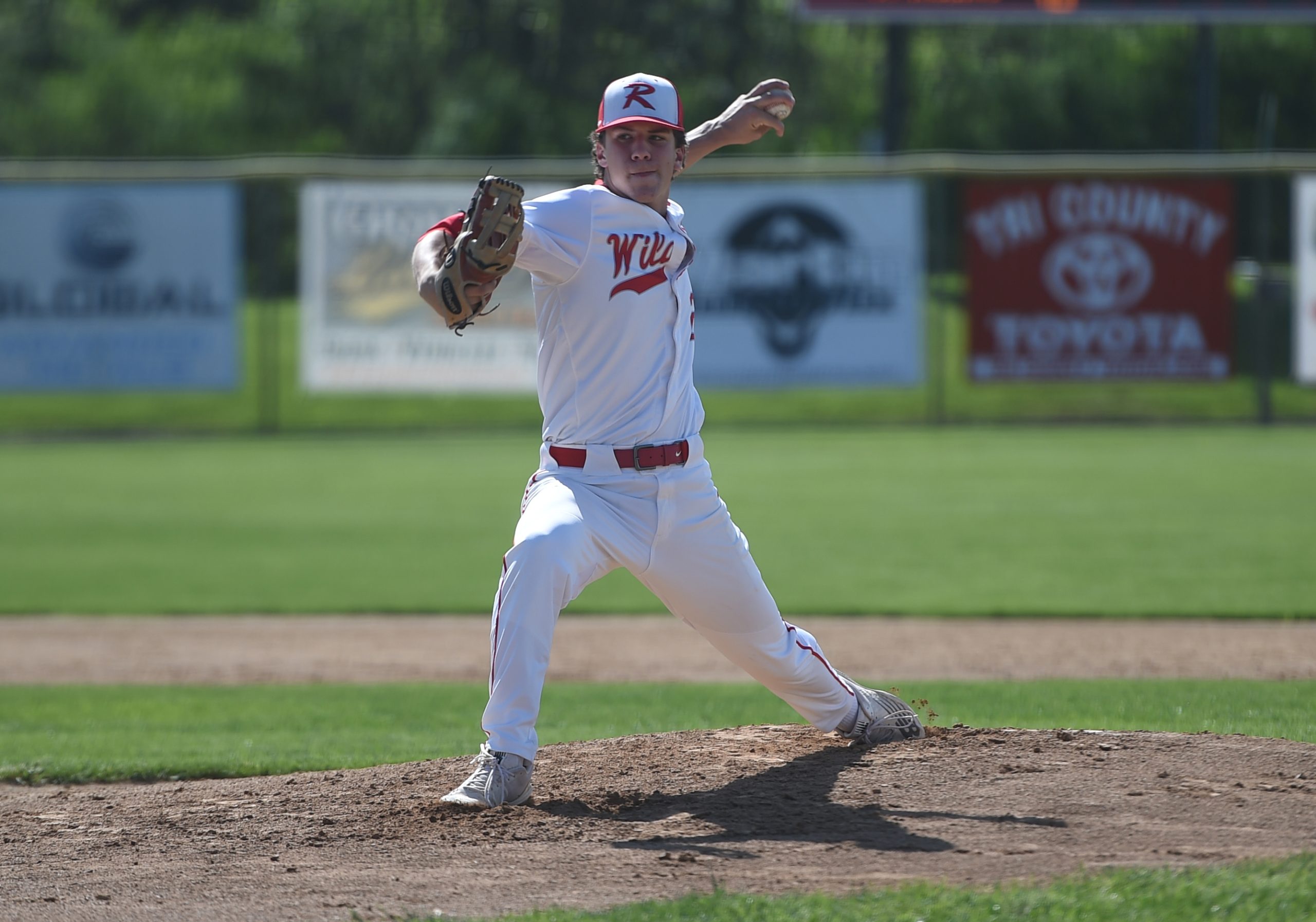 BOYERTOWN >> Owen J. Roberts junior left-hander Zach Brockner allowed a couple of singles in the first inning and a walk in the second on Wednesday afternoon. And that was it, as he proceeded to retire 17 batters in a row in the Wildcats’ 3-0 win over Perkiomen Valley in a Pioneer Athletic Conference semifinal at Bear Stadium.

Ethan Sabatino led the Roberts offense with two singles and knocked in a run and scored one. Ashton Mehler went the distance on the mound for PV and gave up only six hits and two earned runs.

OJR (20-1) will face Spring-Ford – a 5-1 semifinal winner over Phoenixville – for the championship Thursday at 7 p.m. at Bear Stadium while the Vikings (15-5) will prepare for their District 1 playoff opener next week.

“I gave up the two hits in the first inning and I locked it in from there,” said Brockner. “I felt amazing today. I just went out and put it in the zone and let them hit.”

Top 6th: Zach Brockner strikes out the side in the sixth. He’s retired 14 straight batters. pic.twitter.com/t6fd7Z8ZGs

“I think he just settled in,” said OJR coach Greg Gilbert. “There might have been a little bit of nerves at the beginning. Brock’s a pretty even-keeled player. I think our defense played really well. I’m very pleased. We have a lot of seniors. I think they trust each other. They rely on each other.”

Michael Poruban popped the first pitch of the game into left for a single for the Vikings and Jack Colyer lined a hit to center with two away. Then Kevin Fitzpatrick drew a walk with one down in the second for PV’s final base runner of the day.

“They made good adjustments (in the field),” said Perk Valley coach Ryan Hinkle. “It’s hard to get anything going if you don’t produce.”

Brockner struck out the side in the sixth as part of his five strikeouts. Otherwise, the Wildcat defense made all of the routine plays and some tough ones, including two on grounders by shortstop Dean Mihos and a good catch by third baseman Blaine Waltimyer when he reached over the fence to grab a foul pop to end the game.

“My defense was amazing,” said Brockner. “And my catcher (Jake Ambrosio) was stealing a lot of strikes for me. I was working a lot of off-speed today. Everything seemed to be working.”

The Wildcats scored two in the second when Sabatino and Brockner singled and Zach Santise lined an RBI single through the middle with two away. The other run scored when courtesy runner Clay Zachesky stole second and the catcher’s throw went wide of the bag and into center field.

OJR added its other run in the third on a double by Kyle O’Connor and a two-out single to right by Sabatino.

Mehler retired the last seven batters he faced after a two-out single in the fourth by Santise and wound up with no walks allowed and five strikeouts.

“Ashton filled it up,” said Hinkle. “Today he did a much better job with his off-speed and his curveball.”

“PV’s kid threw a really nice game,” said Gilbert. “He kept us off balance. We’re going to need to do a little better job at the plate tomorrow.”

Both teams have earned a first-round district bye and will open next Wednesday.

“We have to work hard the next couple of days of practice,” said Hinkle. “We pride ourselves on our pitching and good defense and timely hitting. The last part of the equation didn’t go well today.”

“This (to make the PAC playoffs) was our goal from the beginning of the season,” said Brockner. “We have a really talented group of guys. We stay hungry and we’re not getting cocky. We don’t get too high or too low. We’ve just got to stay at it.”

NOTES >> Wednesday was Perk Valley’s first PAC Final Four experience since 2017. … The Wildcats will play in the league title game for the first time since 2015 on Thursday. OJR has eight overall league titles, the last two coming in 2009 and 2010.