Wissahickon speeds past Pennsbury in District 1-3A first round 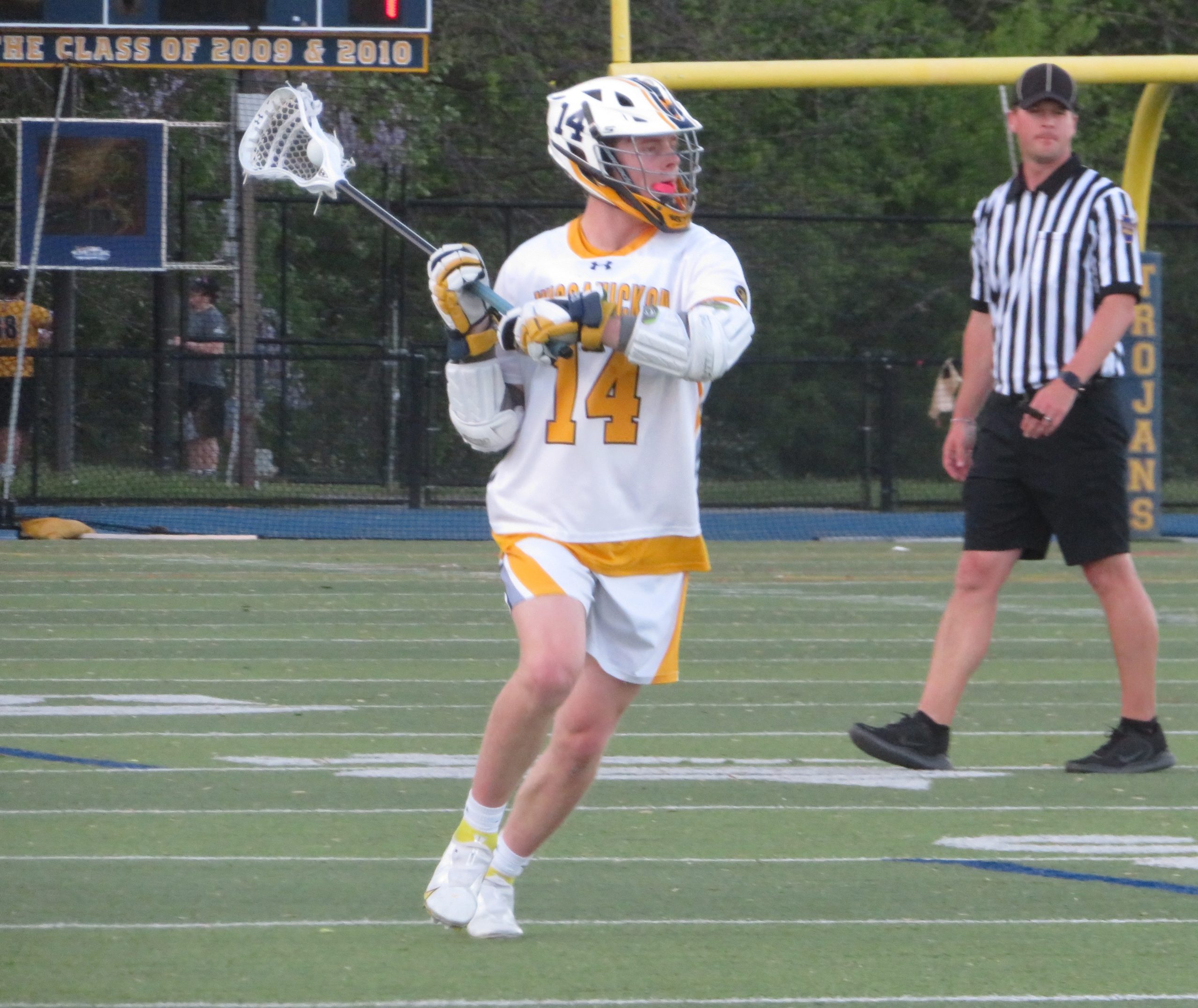 LOWER GWYNEDD >> Wissahickon controlled the opening faceoff against Pennsbury in the first round of the District 1-3A playoffs. Just 12 seconds in, they took the lead.

The Falcons held the ball for more than a minute before a pass got away. The Trojans picked it up, went straight to goal and doubled their advantage.

Wiss won the next faceoff and scored in nine seconds.

The fast start sparked a convincing 16-4 win for the Trojans Tuesday night at Wissahickon High School.

“During the week we were just going over plays and stuff,” Wissahickon junior Nick Donofrio, who scored the first and third goals, said, “not really preparing for anything fast break wise, but we saw many opportunities and we just took them in the game.”

No. 11 Wissahickon assisted on 10 of their 16 scores. Lehman had four helpers, Slackman three, Baker two and Wolfe one.

“We were moving the ball around, taking our time, being patient,” Donofrio said. “Not forcing anything was good, not running into double teams or anything like that, just taking good opportunities, good shots, good dodges.

“Everyone has good stick skills. We all trust each other with the ball. It’s easy to know if I throw that kid the ball, he’s going to have a chance to score. He’s going to be able to catch the ball, score it.”

The Trojans took full control of the game in the second quarter. Leading 4-1 after 12 minutes, the Suburban One League American Conference champs won the second quarter 6-1 for a 10-2 halftime edge. Baker scored the first two of the quarter before Slackman and Donofrio alternated four goals.

Wolfe, Lehman, Slackman and Donofrio each scored in the third quarter, which Wiss won 4-0, to make it a 14-2 game and start the running clock.

Lehman and Malott scored the final two goals of the game to make it 16-4.

Wissahickon will travel to No. 6 Garnet Valley in the second round Thursday at 7:30 p.m.