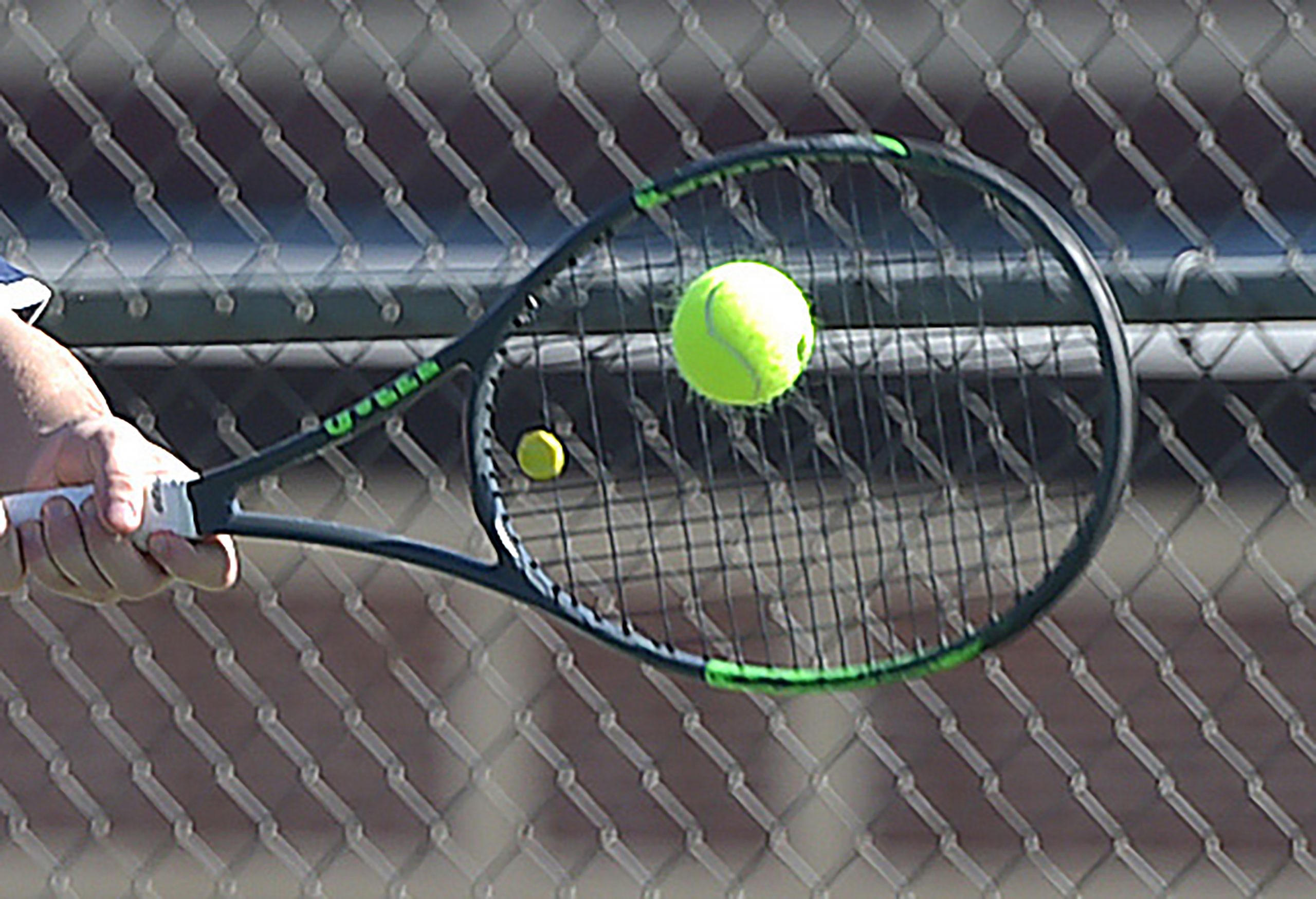 District 1 doubles >> The Upper Dublin duo of Daniel Duan and Scott Schlackman were one match away from qualifying for the PIAA Championships.
Unfortunately, they ran into a buzzsaw which was Conestoga’s No. 2 seed of Rohan Rao and Aaron Sun in a 6-1, 6-2 defeat.
The Upper Dublin duo went 3-2 in the tournament, starting it off with a 6-3, 6-3 victory over Perk Valley’s Henry Ye/Evan Bolton.
Next up was WC Rustin’s Sam Page and Rowan Degnan, which was a gritty 6-4, 7-5 win.
Unfortunately in the quarterfinals, they drew the eventual champs of Downingtown East’s Abhiraj Srivastava/Abhineet Srivastava, which was a 6-2, 6-1 defeat.
“Daniel Duan and Scott Schlackman played extremely well,” Cards head coach Lora Ball said. “They were steady and dug deep. Semis included seeds 1, 3, 7 and an unseeded CB East. It may have been a different outcome for UD if they didn’t play both 1 and 2 seeds.”
Duan and Schlackman then went into the back draw, defeating the No. 4 seeds of Shrihan Madam/Adi Shankar of Downingtown East 6-4, 6-3. Next came the fifth-place match, which didn’t go Upper Dublin’s way.
East’s Srivastava and Srivastava took home the title with a 6-1, 6-2 win over Unionville’s Andrew Poprik and Andrew Ou. More locally, CB East’s duo of Yevgan Kuryanov and Alex Knyazkov took third place with a retirement over Lower Merion’s Stoyan Angelov and Adam Lee.
It was quite a season for Upper Dublin’s Schlackman, who was the SOL Liberty champion in both singles and doubles.

Baseball
Lansdale Tigers >> The Lansdale Tigers are back playing at Weaver field in Memorial Park for the Perky Twilight League.
The Cannoneers Baseball program is sponsoring the team with much excitement for good quality baseball back in Lansdale.
After the Lansdale150 Celebration kick-off this past weekend at the field with the North Penn High School baseball Hall of Fame game followed by the Phillies Phanatic appearance and the Old Timers game the park is ready for America’s pastime, baseball.
The Cannoneers Sportsmen Club staff did all the cooking with old time refreshment items that were delicious with cold beverages.
The team is excited to return to Lansdale and play at Weaver field after one year away in which the team won a championship.
This year’s team will be be most of the players from the league champions last year.
The head coach/ player is Jason Mills who grew up locally and played at North Penn High School, George Mason University, Kutztown University and played in the minor league for the Baltimore Orioles.
He is also a coach at Hatboro Horsham High School.
The field manager is Jeff Murtha who has been a manager in the league since 2011 with many successful seasons which included last year’s championship team. He played for the University of the Sciences and now is a coach at Methacton High School.
Many of the players are local talent and the goal is to bring that local talent back to playing in Lansdale at the beautiful Weaver field in Memorial Park.
The opening night game is Mondy against Trooper Tribe at 7:30 pm. The team is away on Tuesday at Stony Creek at 8:15 pm and back home on Wednesday against the always competitive Collegeville White Sox at 7:30 pm.