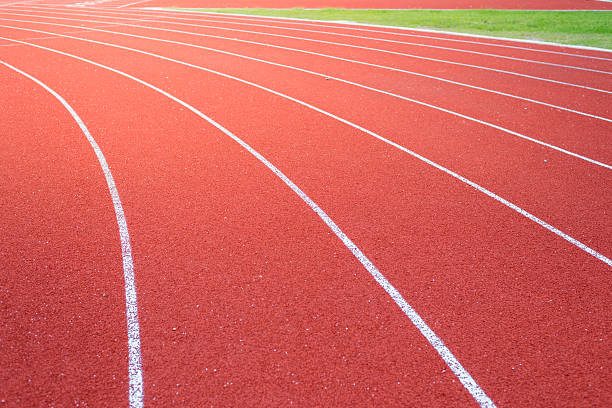 MARPLE — A year ago, Cardinal O’Hara needed a second-place finish in the 4 x 400-meter relay to edge archrival Bonner-Prendergast for the girls team title at the Catholic League Track & Field Championships.

This time around, the Lions took control from the start.

Buoyed by a strong performance in the field events, led by senior Samantha Sharrow and sophomore Ava Hneleski, O’Hara cruised to a 40-point victory over Archbishop Ryan to claim the team title for the second year in a row.

Sharrow won the long jump (16-9) for the second straight year and also claimed the triple jump (34-1) to take home field performer of the meet honors. She also was fourth in the 200 and anchored the 4 x 100-meter relay team to a second-place finish.

“I don’t know why I’m crying,” she said. “It does mean a lot. I didn’t think I would get it. I’m really proud of myself and the team. I knew what I could do and I wanted to end the year with two golds. I didn’t let my nerves get to me. I had my team and my family behind me. It’s a great feeling.”

“I had the plaque in the back of my head,” Hneleski said.

She and Sharrow weren’t the only ones with that goal. Several other Lions came up big in the field. Seniors Ann Brown and Bridget McGuinn went 1-3 in the high jump. Junior Molly Everett was third in the shot put. Sophomore Jorden Gore was second in the long jump. Junior Isabella Guerra took third in the pole vault.

In all, the Lions scored 85 of their 165 points via field events.

“This year we have a few more people like Maddie Ellis and Ann Brown in different events,” Sharrow said. “We wanted to get out early because we thought we might get caught in the running events. We stay in the mix in the running events, but the field events are our strongest category.”

But O’Hara set the tone for the day in the field events.

“One of our coaches said he wanted us to get a good lead in the field events,” Hneleski said. “I checked (pa.milesplit.com) at one point and it was like 76-20. That’s when I started to feel comfortable. Not that I wasn’t still worried, but I felt comfortable about our chances.”

Running in the rain may not be ideal, but it certainly agrees with Bonner-Prendergast All-Delco Taylor Johnson.

The Delaware-bound senior won a pair of individual gold medals in the pouring rain last week at the Delco Championships and followed that performance with four gold medals Saturday.

Johnson successfully defended her titles in the 100 and 200 and also anchored the Pandas 4 x 100 and 4 x 400 relays to victory and was named the track performer of the meet for the second year in a row.

“One dry day, that’s all I ask. It felt like Delcos Part Two. At least it was a bit warmer. Winning this means a lot,” said while holding her individual award. “I don’t know where I’m going to hang this. I’m just glad that everyone could see all the work I’ve put in for the past three years, especially during COVID. I’m very proud of myself for earning this and I know my coaches are proud of me, too.”

Johnson wasn’t the only Panda to come away with a top three medal. Freshman Ryan Smith was second in the 400 and was on all three winning relay teams. Tamasen Allen Bey was second in the 100, third in the 200 and on the 4 x 100 and 4 x 400 relays. Misa Love took first in the 300 hurdles.Tamara Williams was third in the triple jump. Hannah Quinn captured the discus to help MBAP place third in the team competition with 118 points.

Cardinal O’Hara’s Jaden Collins claimed the only individual gold medal by a Delco boys athlete with a victory in the 400. The Lions also won the 4 x 100. Also for O’Hara, Danny Schikel was second in the 110 and third in the 300 hurdles. Xavier Lozowicki took second in the javelin, third in the discus and fourth in the shot put.

Brendan Leneghen of St. Joseph’s Prep was named the boys field performer of the meet. Leneghen won the long and triple jumps.