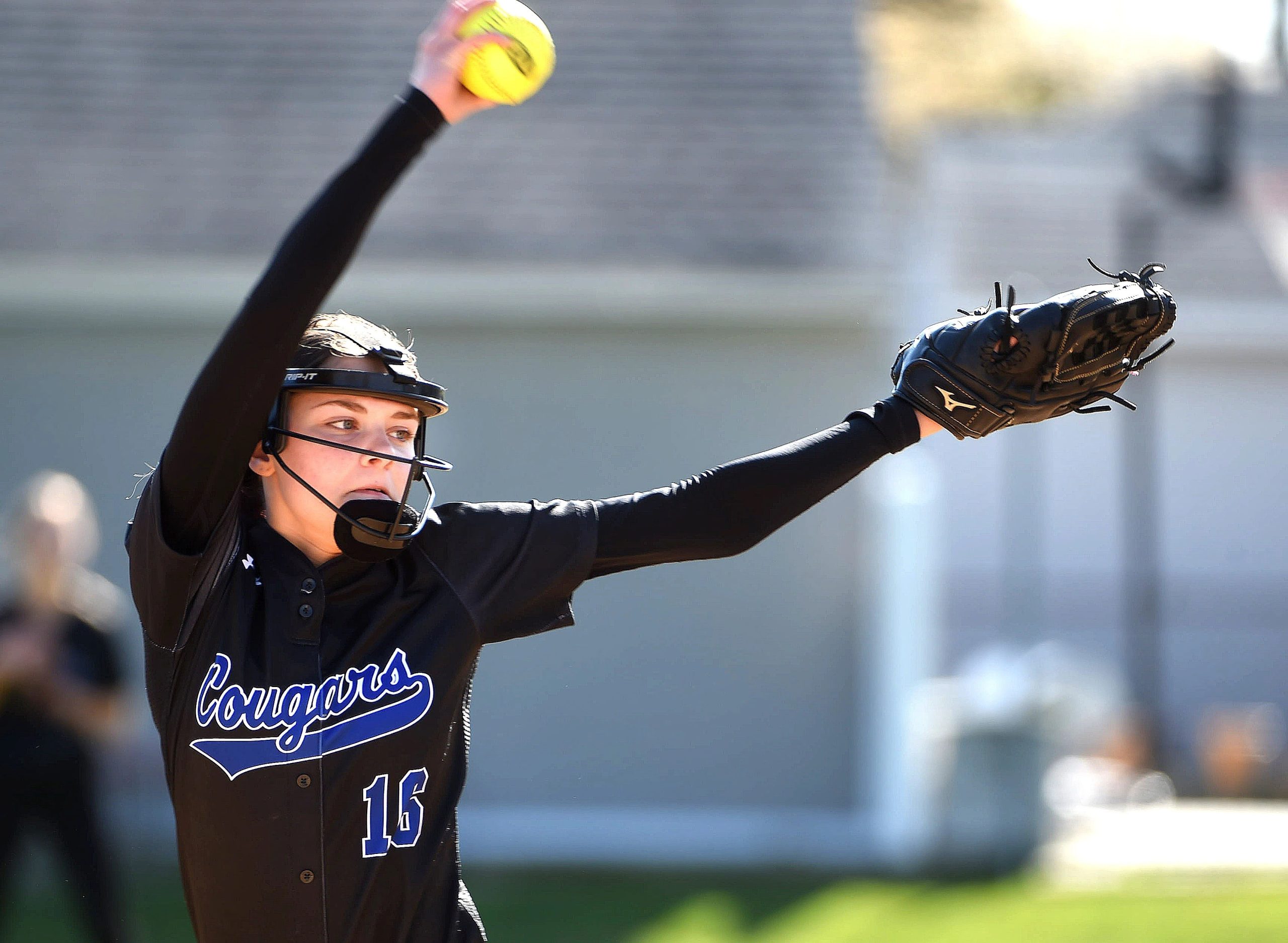 Ella Liberi’s go-ahead double in the bottom of the sixth inning propelled Strath Haven to a 6-5 victory over Chichester in nonleague softball action Thursday.

Liberi also legged out a triple and had two RBIs. Cassidy DiRemigio was 2-for-3 with a double and an RBI for the Panthers.

Marissa Contino was 3-for-3 for the Eagles.

Springfield 1, Cardinal O’Hara 0 >> Amaya Hartung was marvelous on the mound for the Cougars, tossing a two-hit shutout with eight strikeouts and no walks.

Ava Craddock drove in Hope Priemon in the second inning for the game’s only run. Lanie Morris was 3-for-4 and Priemon had a pair of hits.

Ridley 12, West Chester East 1 >> All-Delco Haley McMenamin was 3-for-3 with two RBIs and two runs scored for the Green Raiders, who led 6-0 after the first inning.

Bonner-Prendergast 9, Upper Darby 1 >> Talia Carr hurled a two-hitter with 10 Ks to lead the Pandas over their Lansdowne Ave. rivals.

Gabby Dushkewich had an RBI hit and Bridie McCann was 2-for-4 with a run scored.

Riley Spor played an outstanding center field for the Churchwomen.

Springfield 15, Sun Valley 0 >> Matt Grapin, Cody Grande and Matt Bean all finished with two hits and three RBIs for the Cougars, who scored 11 runs in the first inning.

Ronnie DeLollis was 2-for-3 with two RBIs and two runs scored, while Sean Williams doubled and knocked in two runs.

Jake Rama pitched three innings with three Ks to get the win.

Hines won the 3,200 and led a 1-2 DC finish in the 1,600 with Bethany Jacox. Addy took first in the high jump, long jump and was second in the triple jump. Omuyeh was first in the shot put and discus.

Hallie Kees won the javelin and was second in the high jump. Gabrielle Watson took second in the 800 and the Knights also won the 4 x 400 and 4 x 800 relays.

On the boys side, Jason Shaw won the high jump and was second in the 200. Kouassi Toukou captured the discus. C.J. Simbiri was second in the long jump and javelin. Joseph Cooper earned a silver medal in the triple jump and the Knights claimed gold in the 4 x 100.

Sam DiTrolio dominated on face offs (25 of 26) and goalies Andrew Keaveney and Griffen Umstead both had four saves for the Jags.

Springfield 10, St. Joseph’s Prep 3 >> Bryan Seavey led a balanced attack with two goals and Ty Gougler chipped in with a goal and three assists for the Cougars. Jimmy Kennedy contributed a goal and two assists, and goalie Ethan Johnson made four stops.