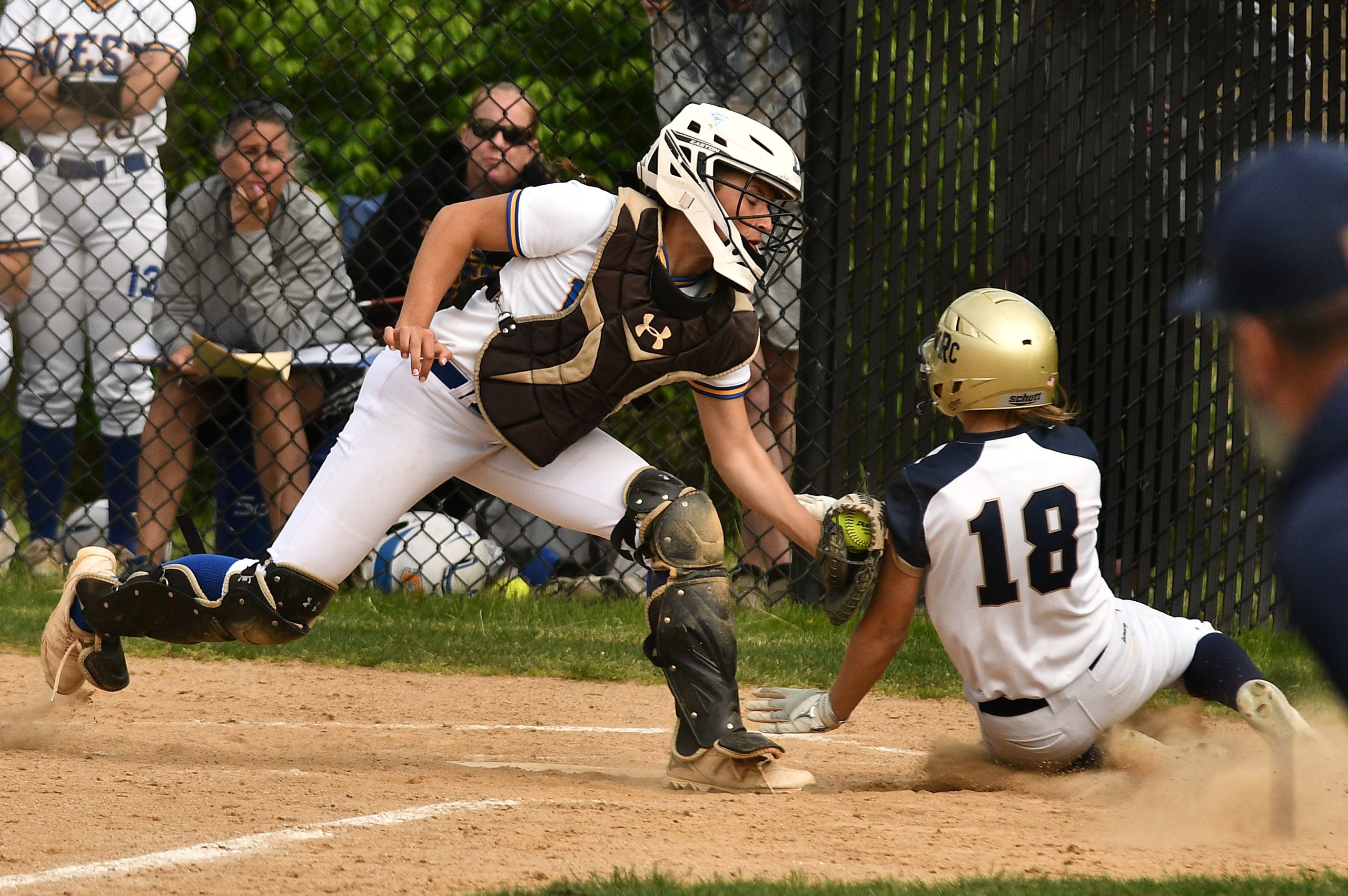 WESTTOWN >> Ches-Mont League National Division champion Downingtown West came into Wednesday’s game against American winners West Chester Rustin  with just one loss, coming at the hands of Exeter Township from District 3. Rustin, too, had tasted defeat just once, making the contest one for the unofficial Ches-Mont overall title.
Paced by an early lead and a two-hit shutout from starter Ava Zettlemoyer, Downingtown West posted a convincing win over host Rustin, 5-0.
“Two great teams played today,” said West coach Joey Germani. “I know Rustin is capable of playing better than they did today. But Ava was on, Morgan (DeFreitas) set the tone in the first inning, and we just kept the momentum going throughout the game.”
West (16-1) came out of the gate strong, pushing across three runs.  Lizzie Kern (3-4, run scored) got things going with a one-out single. Darby Weller followed with a double to make it second and third.  DeFreitas made sure the runners wouldn’t be stranded, launching a ball over the fence in left for a three-run home run.

Meanwhile, Zettlemoyer was on her game.  The right-hander was perfect over the first three innings, and allowed just two hits in seven strong innings of work.  She struck out six and did not walk a batter.
“I had a lot going for me today,” said Zettlemoyer. “After that loss at Exeter, we really needed to get ourselves back on track.  We knew this might be the best team we are going to play this week, and it always helps to play tough teams to prepare for the post-season.  This game really was a big confidence booster.”

Rustin’s lone threat came in the fourth.  Gina DelGiorno reached after being hit by a pitch, and advanced to second on a ground out from Ally Black. Mairead Hopkins looked as though she may have come through with the base hit that would put the Golden Knights on the board, stroking a single to left. But, Weller played the ball cleanly on one hop, then heaved a strike to catcher Nicole Lioumis to nail Delgiorno at the plate.
“Once it became clear that the ball was going to reach the outfield, I knew I had to first field the ball cleanly, and then I knew I had to come up throwing and not rainbow it,” said Weller. “I knew we needed that out, because once a team like Rustin starts scoring, they are going to keep on scoring. It had been a while since I had to throw home, so I wasn’t sure how it would turn out. But, I’m not going to lie—it felt good coming out of my hand.”

Despite the loss, Rustin (16-2) still sits atop the standings for the number one seed in the District 1 Class 5A tournament.
“I tip my hat to that team,” said Rustin coach Dennis Becker. “If you have to lose a game, losing to a team like that doesn’t bother you quite as much. Every loss hurts, but knowing we can compete with a team like that only helps going into the post season.
“I think in the early going, (pitcher) Emily (Gillis) was trying to blow the ball by them, which you can’t do against a team that can hit like they do. But, she settled in and did a nice job the rest of the way, and we’ve been playing great defense.”