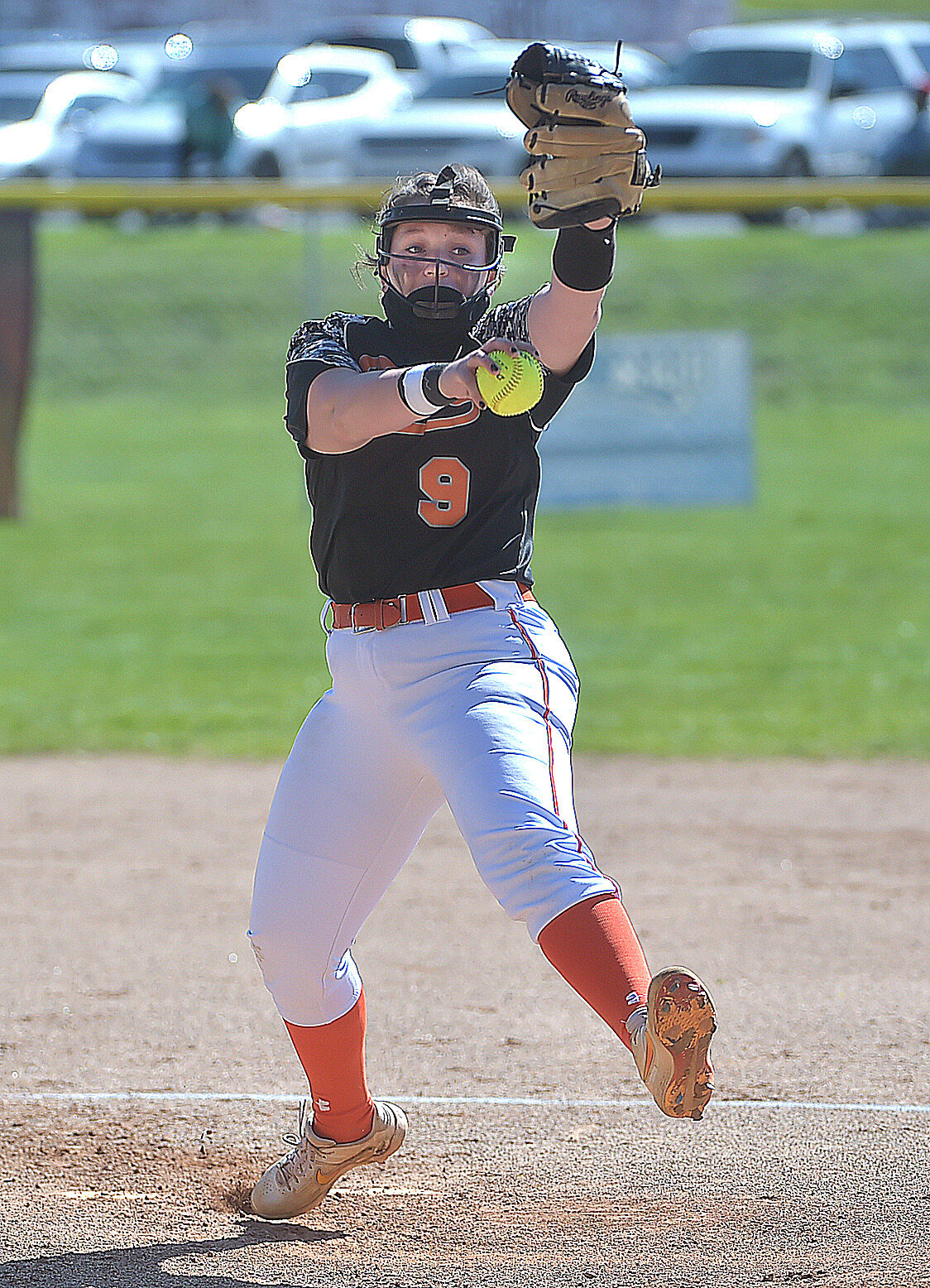 Senior pitcher Racine delivered the walk-off hit in the bottom of the eighth off Cardinal O’Hara freshman ace Hayden Sissons. Racine went the distance on the mound, recording 10 strikeouts.

As for Kelly, she continues to hit the ball all over the place. In addition to blasting the game-tying home run in the fifth inning, the centerfielder smacked a double.

Sissons racked up 13 strikeouts in 7.2 innings and was 3-for-4 with a run scored. Maeve Boston and Caitlin Jordan each had two hits and an RBI for the Lions.

Senior Dani Linker hit for the cycle and was the winning pitcher. Senior Jill Gray came on in relief and tossed two innings, allowing a hit and striking out three. Gray added two base knocks.

Penn Wood 7, Academy Park 3 >> Katelyn Tong dazzled from the circle with 14 strikeouts in a complete game win. She allowed no walks.

Penncrest 14, Harriton 12 >> Mattea Baumgardner was 3-for-3 with three RBIs, three runs scored, two stolen bases and a walk to lead the Lions to victory on senior night. Eliana Guerrieri was 3-for-4 with a double and four RBIs, while Selena Psaris homered and tripled.

Chichester clinched the Del Val League championship with a 20-0 trouncing of Penn Wood.

Germantown Academy 5, Haverford School 2 >> Mark Quantrani drove in two runs to give the Fords an early 2-0 lead but the Patriots tallied twice in the fifth inning and three times in the bottom of the sixth to seal the victory. Colby McNeely and Cole Donnelly had two hits each for Haverford School.

Abigail Blemings and Leila George came up big for the second day in a row as Bonner-Prendergast rolled over St. Hubert, 17-3, in the Catholic League.

Chichester 13, Interboro 7 >> Behind eight goals from Natalia Willoughby and nine saves from Maura Kopacyznski, the Eagles bested Interboro for the first time in four seasons.

Colin Hannigan scored once and was 17-for-21 in the face-off circle to lift Springfield to a 13-7 decision over Penncrest in the Central League.

Ty Gougler powered the offense with three goals and three assists. Jimmy Kennedy also scored three times and handed out two assists. Bryan Seavey collected two goals and one assist and Sean Davidson pitched in with a pair of goals.

Jason Poole finished with two goals and one assist and Dylan Mcdougall added two goals for the Lions.

Marple Newtown 19, Strath Haven 7 >> The Tigers scored eight times in the fourth quarter to seal the victory. Charlie Box powered the offense with seven goals and one assist. Joey Yukenevitch (two assists) and Brian Box (one assist) pitched in with four goals each. Alex Chambers was 24-for-26 on face-offs.

Austin Conner had three goals and one assist and Jamison Soeiro tallied two goals for the Panthers.

Jack McGarvey and Eric Resinwitz had two goals each for the Fords.

Harron Naz and Christian Crowder led a clean sweep of the doubles competition to power Haverford School to a 5-2 victory over Episcopal Academy in the Inter-Ac League.

Niki Lavu and Gavin Schmidt won at second and third singles for EA.