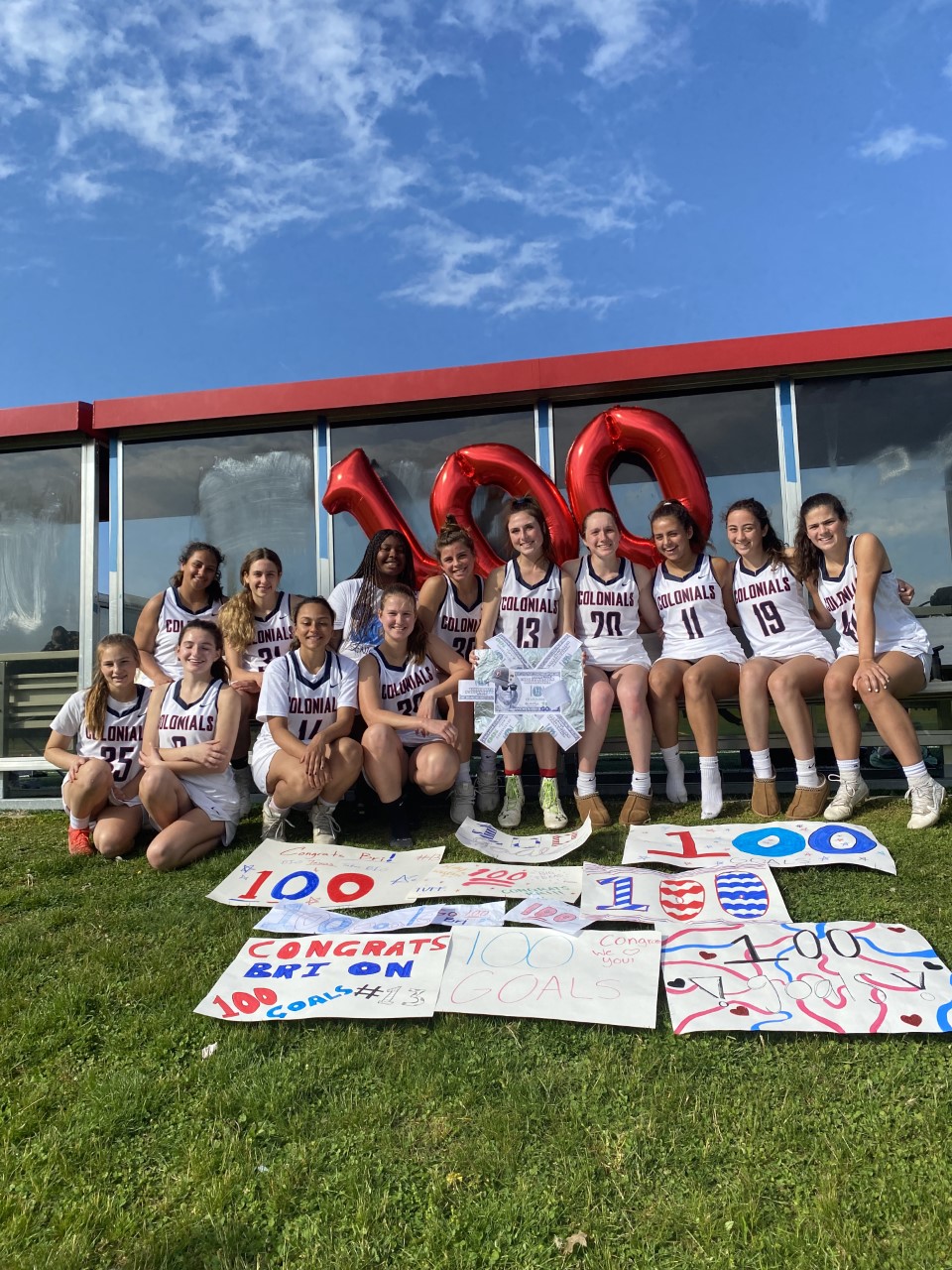 Meghan Wendler and Sophia Gartland both had two goals and an assist for the Colonials (8-5, 7-2), who led 13-2 at halftime. Bri Reynolds added two goals with Fiona Gooneratne, Rhianna Gooneratne and Olivia Easton all having a goal and an assist. Goalie Aniya Bond had seven saves.

Greyson Norris picked up the save, taking over in the seventh and giving up a leadoff triple to JT Anderosky but stranded him there with consecutive strikeouts followed by a groundout.

Luke Pollock went 2-for-3 with a double, an RBI and a run scored while Shanley Wall scored twice for the Indians.

Souderton took a 2-0 lead in the bottom of the first. After both teams posted a run in the second, CB South scored a run in the fourth to pull within 3-2.

Anderosky also doubled in going 2-for-4 while Robby Porco went 2-for-3 with two runs scored for the Titans (7-8, 5-7 SOL Colonial).

Jesse Jaconski went 2-for-3 with a double for the Colonials (11-4, 8-4 division), who won their second straight. Wilkie-Viscio, meanwhile, struck out four and did not allow a walk.

PW took a 1-0 lead in the first as an error allowed Jaconski to come home. In the sixth, Jaconski scored on another error with a Michael Miller RBI sacrifice fly and Joe Redmond putting the Colonials up four.

Archbishop Wood 10, Lansdale Catholic 0 (5) >> Michael Trommer struck out 10 in pitching a five-inning no-hitter and also hit a two-run home run in the bottom of the second as Archbishop Wood claimed a PCL win.

Trommer went 2-for-2 with three RBI and three runs scored for the Vikings, who jumped out to a 6-0 lead in the first. Sean Slowinski and Richie Bonino each had two RBIs with Patrick McKinney scoring twice.

Quinn was 2-for-3 with three RBIs and a run scored while Max McGlone went 2-for-3 for the Bucks (8-6, 6-4 division), who snapped a three-game skid. West starting pitcher Cole Fehrman earned the victory, allowing one run – earned – on two hits, three walks, two hit batters and struck out eight.

In the top of the fourth, Kevin Bukowski’s RBI single tied the game with Quinn connecting on his three-run shot two batters later for a 4-1 West advantage. North Penn made it 4-2 in the sixth on a RBI sacrifice fly from Ethan Cohen.

Chase Fulfod was 2-for-4 with a double, an RBI and a run scored for East (9-4, 6-4). Chase Harlan and Brett Young both had two RBIs while Harlan scored two runs.  Patriots starting pitcher Tyler Behm earned a complete-game win, giving up two runs – both earned – on five hits. He walked two and struck out eight.

CB East scored three runs in the first before the Rams plated a run both the second and third frames to pull to within 3-2.

Pope John Paul II 10, Pottstown 0 (5) >> Brendan Kenning was 2-for-2 with a pair of doubles and three RBIs as Pope John Paul II scored five runs in the bottom of the second and claimed a PAC Frontier win.

Upper Moreland 9, Lower Moreland 1 >> Upper Moreland jumped out to a 9-0 lead after three innings – scoring four runs in both the second and third – and picked up an SOL Freedom win.

Nate O’Connor was 2-for-2 with a double, two RBIs and two runs scored while Jimmy Torpey threw a complete-game for the Golden Bears (4-6, 4-6 division), allowing one run – unearned – on five hits, no walks and struck out four.

Abington 11, Upper Dublin 2 >> Abington broke a scoreless tie by five runs in the top of the fifth then pulled away with sixth in the seventh to win the SOL Liberty contest.

Rian Reed and Kalina Childers each hit a double for the Colonials (11-4, 9-3 division).

Ava Beal went 2-for-3 with a double, triple and two RBIs and a run scored for the Panthers (12-1, 11-1), who have won five straight. Katie Muller was 2-for-5 with a triple, three RBIs and two runs scored, Andrews had two RBIs while Emma Hilton scored three runs.

Connor Mann and Patch Flannery both had three goals and two assists for the Crusaders while Mikey Kleinert and Pat McKeever each finished with two goals and an assist.

Boyertown 110, Norristown 25 >> Norristown’s Daunte Bell earned first place in both the 200 and 400 in the Eagles fell to Boyertown in their PAC dual meet.

Boyertown 123, Norristown 13 >> Norristown got first-place finishes from Eliza Hildreth in the 200 Avah Savage in the 400 as the Eagles lost the PAC dual meet.