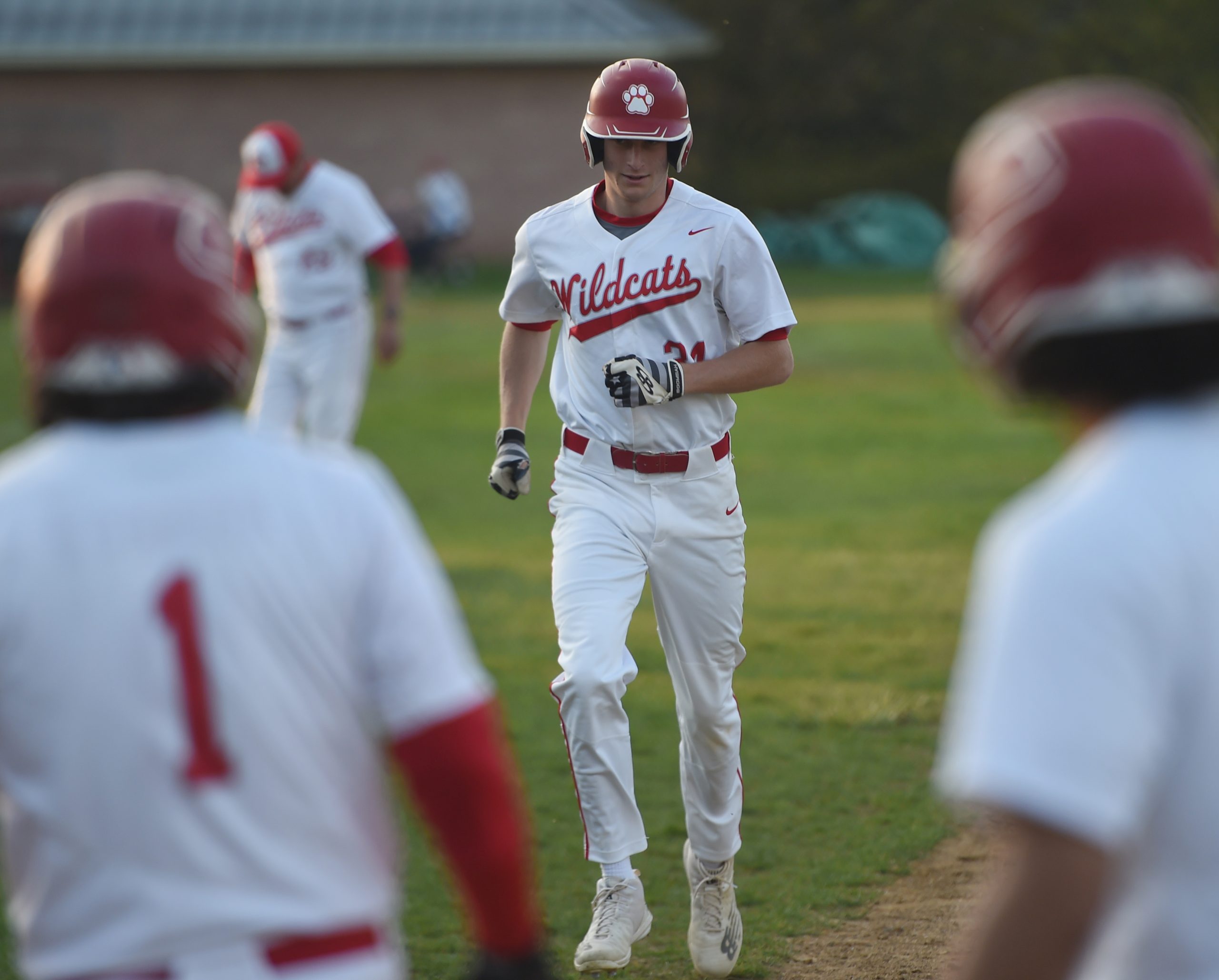 BUCKTOWN >> The Owen J. Roberts baseball team got its first loss of the season out of the way fairly early.

As for loss No. 2 … that’s still to be determined. The Wildcats have racked up 12 straight wins in the meantime.

OJR took down Perkiomen Valley 8-1 on Monday night for its 12th consecutive victory to maintain hold of the top spot in the Pioneer Athletic Conference.

It’s a streak the Wildcats aren’t taking for granted.

.@AthleticsOjr’s Blaine Waltimyer started the scoring with a three-run homer and Tristan Dietrich tossed five strong innings on the mound in Monday’s win over PV. pic.twitter.com/WrTA2GzHvn

The Wildcats (15-1 overall, 11-1 PAC, 7-1 Liberty) followed a loss to Methacton on April 4 with a 6-1 win over Perkiomen Valley (9-4, 8-4, 4-4) two days later. They put up three runs in the first inning and got five strong innings out of junior left-handed pitcher Tristan Dietrich in the April 6 win.

On Monday, the formula was practically identical.

Waltimyer blasted a three-run home run in the bottom of the first to put OJR up 3-0 after one. Senior shortstop Dean Mihos added a two-run blast as part of a four-run second to make it 7-0.

“That felt good,” Waltimyer said of his homer. “I knew we had to get on top and start the game with some runs to put us ahead and get the pitchers a little more comfortable out there.”

Dietrich was once again sharp against the Vikings. He allowed one run on five hits, striking out three and walking two in five innings.

“It really opens things up,” Dietrich said of the early lead. “I can throw pitches in different counts that I wouldn’t normally be able to do. It gives us more confidence and also with the defense we have behind us it makes it easy to pitch.”

Perk Valley hoped to ride the momentum of last week when it took down previously undefeated Phoenixville, Frontier second-place Upper Perkiomen and Norristown.

Falling into the early 7-0 hole spoiled that hot streak.

“We had a good week last week, and we were hoping to respond well tonight, but give credit to Owen J.,” PV manager Ryan Hinkle said. “They came out and hit the baseball well, and the same thing happened to us last game. They put up a three-spot in the first inning. It’s a team that produces runs.”

Bot 2nd: Dean Mihos drills one over the fence in left center for a two-run homer. 7-0 OJR pic.twitter.com/NXqg0BooDS

Kyle O’Connor and Zach Santise had RBI doubles for OJR in the second to go along with Mihos’ blast. Ethan Sabatino added another run with a sac fly in the fifth.

PV’s lone run came in the top of the fourth when Andrew McGowan, Steven Girogi and Nate Fisher loaded the bases with infield singles and Zach Fusco’s infield dribbler scored a run.

Nice plays by Aaron Kirby in center and Kyle O’Connor in left prevented more damage as Dietrich stranded two of PV’s eight runners left on base in the game.

The Vikings also stranded Jack Colyer after a leadoff double to start the second. They started with runners on first and second in seventh before Tyler Brashear, who struck out three in two shutout innings of relief, retired three straight to finish off the win.

“It’s not like our opportunities or chances weren’t there,” Hinkle said. “Just credit to them (OJR) for capitalizing in those situations.”

OJR needed seventh-inning rallies to knock off Spring-Ford and Boyertown in back-to-back games, April 20 and April 22, respectively. But in the five games since, the Wildcats have outscored opponents 54-4.

Manager Greg Gilbert can’t point to anything or anyone in particular for the team’s success, noting a slew of pitchers and hitters one through nine in the lineup have all taken their turns in spearheading the win.

The Wildcats finish the regular season with Norristown, Phoenixville, Upper Perk and Spring-Ford. They could lock up a PAC Final Four spot as early as Wednesday, though they’ll get each teams’ best shot down the stretch.

“I think it just motivates us more,” Dietrich said of the target on their backs. “We come out here ready to play, and we’re not going to take any games off. We’re trying to win the PAC this year. That’s our goal.”

All four games remaining will be important for the Vikings as they close their season, starting with Boyertown on Wednesday. They follow with crossover games against Pottstown and Upper Merion and finish against Methacton — a game that could decide one of the final league postseason spots.

“For the PAC playoffs, it’s been a while, it’s been a couple years,” Hinkle said. “This is a group of seniors that’s definitely motivated to get there. The message tonight is they still hold their destiny in their own hands.”

NOTES >> Mihos is hitting .512 with seven doubles, four triples and two homers in only 39 at-bats because he’s walked 17 times. In the team’s last five games he is 8-for11 with two doubles, two triples, a homer and eight walks.