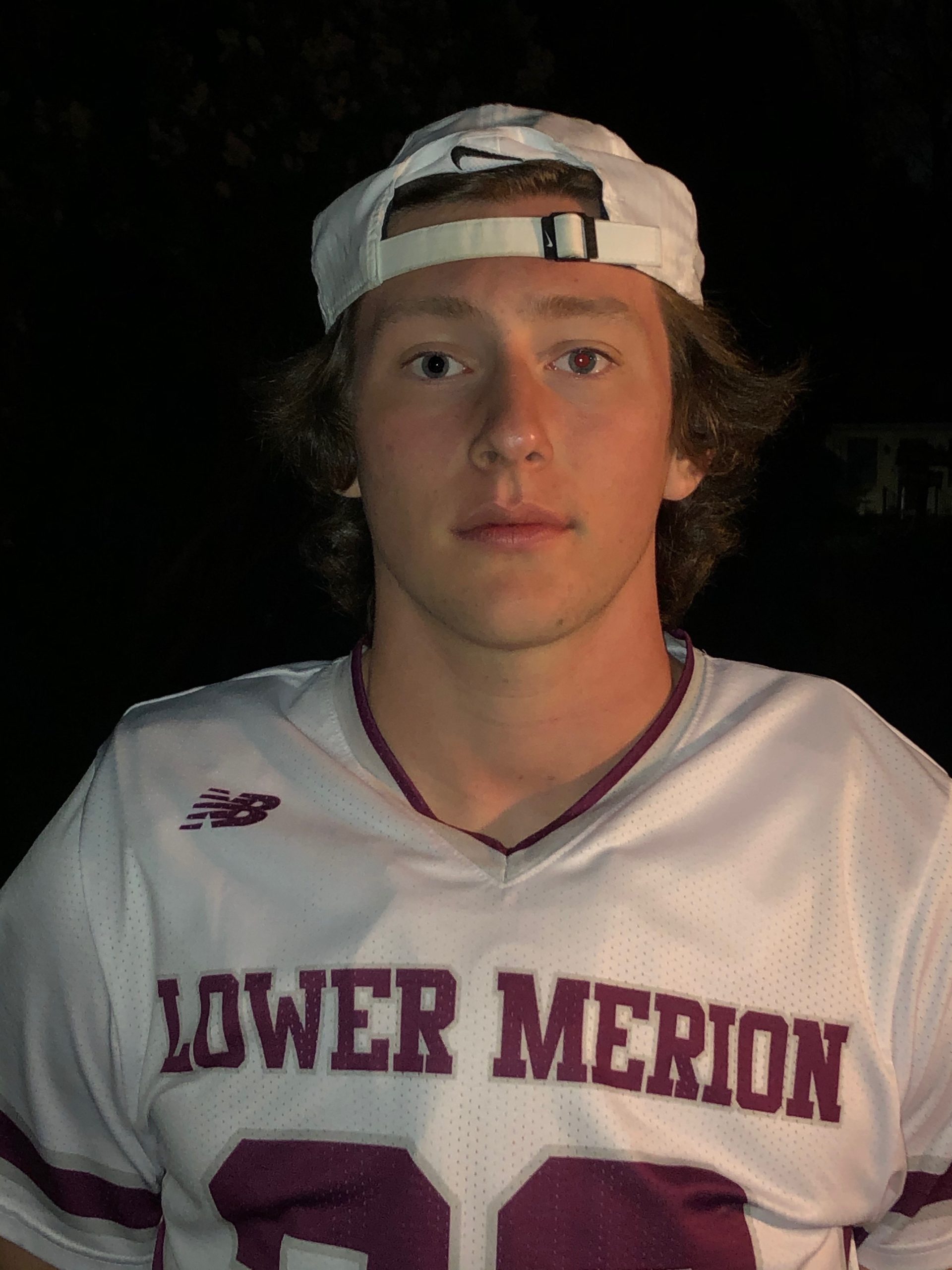 The senior defender has scored 31 goals this season (as of May 1) while being asked to guard the opponents’ best offensive player every game. Last spring, Bard was a first team All-Central League and All-Main Line boys’ lacrosse selection and an All-EPLCA defenseman, as well as the Aces’ Most Valuable Player. A three-time UA Underclass All-American and a three-time Philly Showcase All-Star, Bard will play lacrosse for Duke University. In 2019, he won the Lower Merion High School Freshman Scholar Athlete Award, given to the student who excels in both academics and athletics. Bard is also a member of the District 1 champion Lower Merion boys basketball team, and a participant in Best Buddies.

Q: What has been the biggest key to your productive scoring this spring?

A: Just being a confident dodger and having confidence in my teammates to find me in the right situations.

Q: What aspect of your game did you work on most during the past off-season?

A: Just getting healthy. I missed half of the games last season due to shin splits, so getting on the field at 100 percent was a priority for me this season. Also working on my lefty shooting was something I spent a lot of time on.

Q: You are leading the Aces in caused turnovers. What aspect of your defense are you working on most at the current time?

A: Definitely my footwork. It can never be good enough.

Q: What has been your favorite experience with the Lower Merion boys’ lacrosse team?

A: It was during freshman year when Coach [Roland] D’Ortone took us to his summer camp grounds. It was a great opportunity for our team to spend the day together and make some great memories before the season started.

Q: Tell us a little about your start in lacrosse. What originally attracted you to lacrosse?

A: In kindergarten aftercare my supervisor, John Bodnar, who runs Philly Faceoff league now, told my mom I should be playing lacrosse because of my size and that’s what got me into the sport.

A: From a young age when I was playing with NXT, Joey Shallow, who coached me for eight years, really helped me become the aggressive defender I am today. He used to always tell me to press out and that’s what I continue to do to this day. There have been so many other mentors that have helped me get to this point, it’s hard to name just a few.

Q: What has been your favorite lacrosse experience outside of Lower Merion?

A: Probably playing in the Maverick Showtime All-Star game in 2019. Showtime in general was a really cool event. Staying in dorms and playing throughout the day with the best players in the country was a great experience. And also having the opportunity to be selected for the all-star game, with some of the top college coaches in the country watching, was incredible.

Q: What do you think you might want to major in at Duke University?

A: I plan on majoring in either economics or going undecided.

Favorite movie: Catch Me If You Can.

Favorite place to visit: “The shore.”

Person I most admire, and why: “My mom. The endless support she gives me and my brother in everything we do is greatly appreciated and would not be where I am today without her.”