Wissahickon dominates second half in win over Abington 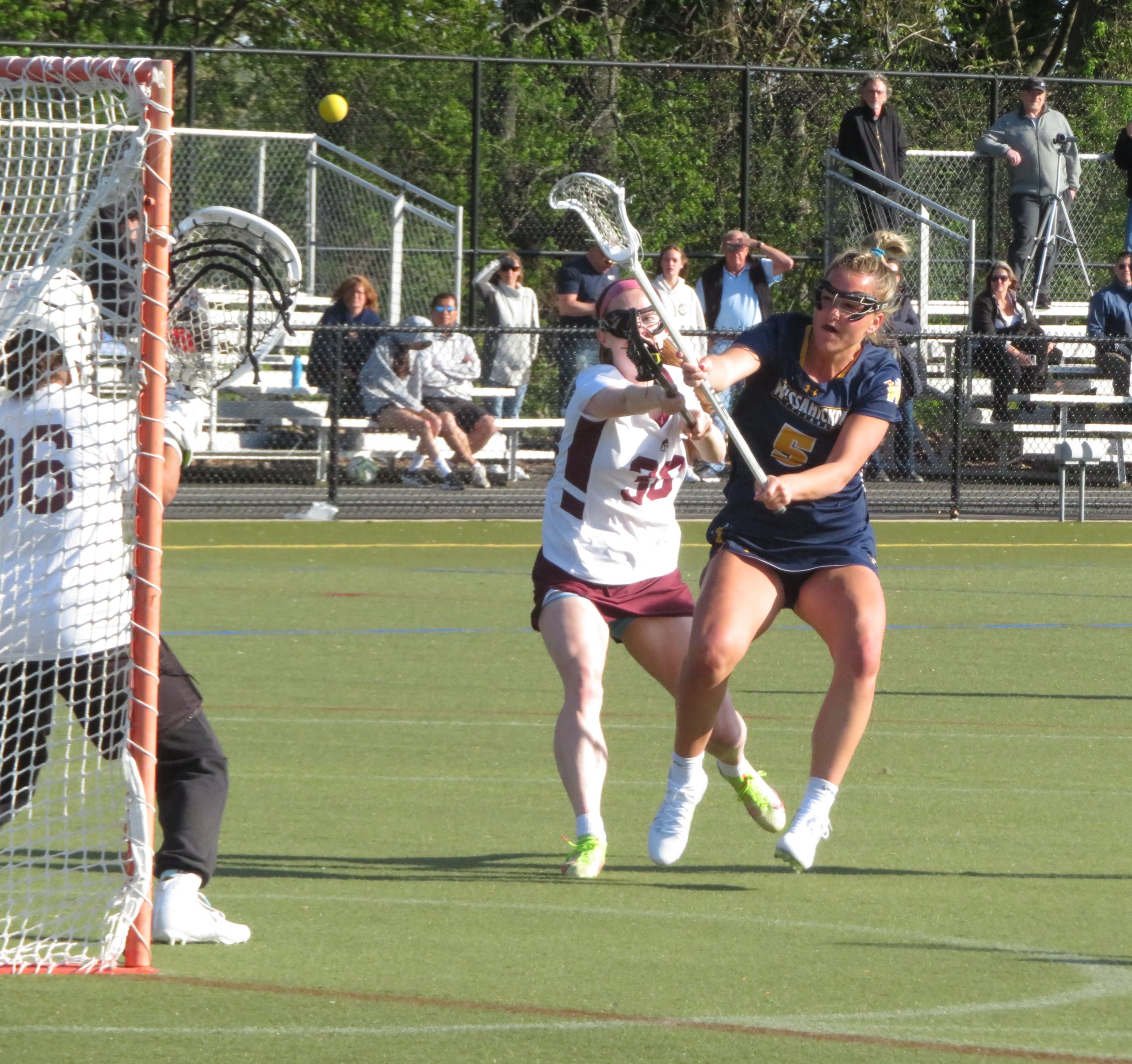 ABINGTON >> Wissahickon surrendered two goals in the final minutes of the first half to allow Abington back into their Suburban One League American Conference matchup Friday afternoon.

In the second half, the Trojans erased any doubt. The defending league champs scored the first seven goals after halftime to extend a three-goal lead to 10 and cruised to a 15-5 win at Abington Memorial Field.

Wiss senior Emma Baker scored the Trojans (9-2, 6-0 SOL American) first two goals of the second half and netted three of her game-high five goals in the final 25 minutes.

“I think we really changed the energy (at halftime),” she said. “We were playing to their level and we knew we were better than that. We picked up the energy and refreshed.”

Alexa McGabe scored three of her four goals after halftime, helping Wiss build a 14-4 advantage after leading 7-4 at halftime, while Emma Greenberg scored two of her three goals after the break.

The Trojans possessed the ball for most of the second half, winning a majority of the draws and holding onto the ball until they found the back of the net.

“Emma Greenberg kills it on the draw,” Baker said. “That really helps us. Once she wins the draw we are able to possess and that’s big.”

Wissahickon got off to a fast start in the first half, building a 3-0 lead in the first 2:08 with all three goals coming in 43 seconds.

Alexis Hobson put the Trojans on the board at 23:35. She had a one-on-one matchup at the top of the circle while her teammates took turns cutting in front of the net. She beat her defender to the right and scored for a 1-0 lead.

Seven seconds later, Baker made it 2-0. She grabbed the ball off the draw, carried it straight to goal and doubled the Trojans advantage.

“The early lead really pumps us up,” she said. “I love it. Running from end line to end line is very exhilarating for me.”

Less than 40 seconds later, Hobson earned a free position and scored her second goal of the game.

Wiss and Abington traded goals the rest of the first half, 4-4, for a 7-4 Trojans lead at the break.

Cheng scored two of her three goals in the first half for the Ghosts (5-7, 3-4 SOL American). Her second goal, to make it 7-4 going into halftime, was the 50th of her career.

“It’s a big achievement,” she said. “It has a lot to do with my teammates too. Everyone from defense to the people who have given me the assists. It wouldn’t have happened without them.”

Cheng was a swing player between JV and varsity as a freshman before losing her sophomore year to the COVID-19 pandemic. She scored 11 goals as a junior and has 40 through 12 games this season.

“We lost a lot of our attackers and our main starting people,” she said of her expanded role. “I knew I needed to step up on the field. We’ve had a lot of changes to our attack, so (50 goals) wouldn’t have happened without everyone else.”

Emma Warner and Caroline Hughes also scored for the Ghosts.