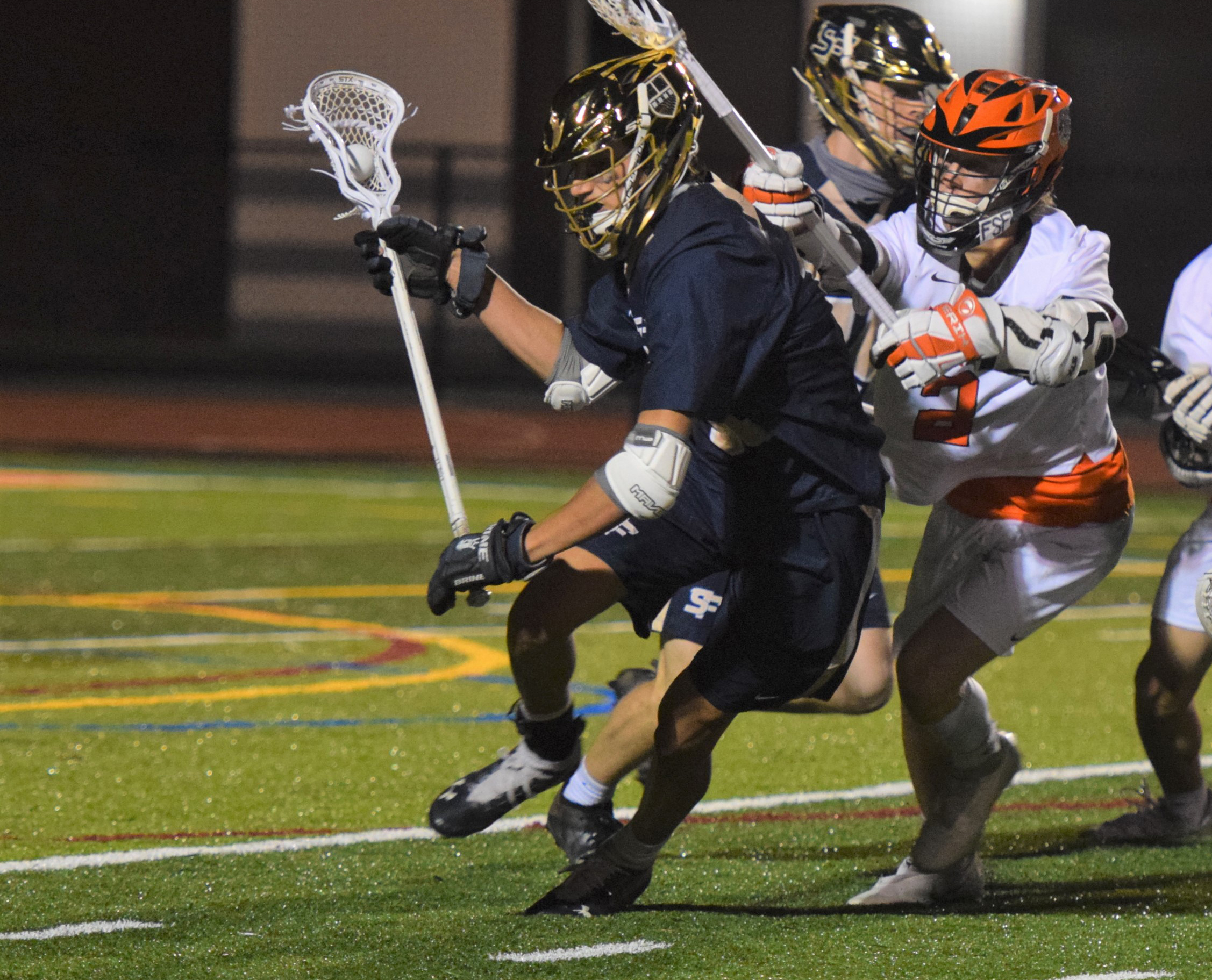 ROYERSFORD >> It’s not easy for a team who’s won eight league titles in the past decade to stay “under the radar.”

Yet thus far this lacrosse season, Spring-Ford has moved quietly to the top of the PAC with four straight victories to start league play.

Perhaps the Rams’ silence can be explained by a lack of head-to-head matchups with the league’s other contenders. That all changed Tuesday, when Spring-Ford announced itself with a 12-6 victory over Owen J. Roberts at Coach McNelly Stadium.

The Rams rode fast starts in both halves, jumping out to a 4-1 lead then holding OJR to only two goals after halftime to break open a 6-4 contest.

Justin Wixted led the way for the victors with three goals and two assists. In all, six different players found the net for Spring-Ford.

“We were kind of quiet at the beginning of the year,” admitted Wixted, “but it feels like we’re waking up now. After a slow start, we’ve started to gel, and we’ve got a lot more energy on the field.”

Will Fish contributed a hat trick of his own plus an assist for the Rams, while Will Bonowitz scored twice and had a helper. Christian Marchini (two), Lance Terrizzi, and Carson Bogdan also added goals.

But after halftime, the story was a stingy defense who constantly disrupted OJR’s forays into the box with strong work through the midfield and at the back. Goalie Brad Vanella was able to see the ball well on his way to eight saves on the contest.

“Our defense has been clicking a little more lately,” said S-F’s Kyle Huston, who caused five turnovers Tuesday night. “Avon Grove, Easton – they were tough games early on, but they’ve made us stronger.”

Bonowitz and Wixted each had a pair of goals before the half, with Wixted closing out his hat trick midway through the third quarter. Fish tallied a minute later to open SF’s lead to four and finished his own hat trick with just over a minute to play.

For OJR (10-4, 4-2 PAC) it was an overall frustrating evening with bright spots that included a hat trick from Josh Devine, ten saves from goalie Will Cody, and the return of midfielder Damian Swech to the lineup.

“He was tough tonight, a warrior,” said coach Mikey Zadroga. “He’s been banged up a little bit, but he said he wanted to go tonight.”

“But they [Spring-Ford] are vastly improved. Their stick work, their IQ on the field – coach [Kevin] Donnelly has them back to being the standard. They don’t let up.

Zadroga feels a key is the Rams’ work effort on and off the field.

“Their players, like Wixted in particular – I’ve seen him at other events,” Zadgroga said. “He works so hard, his love for the game is impressive.”

Will Jaeger added two goals for the Wildcats, while Andy Giandonato also had a tally.

Spring-Ford’s ‘quiet’ rise to the top of the standings is about to grow considerably louder. The Rams (8-3, 5-0 PAC) will certainly be heard from in the coming days, as they travel to one-loss Methacton on Thursday. If they can make it through that test, all roads point back to Coach McNelly Stadium for next Thursday’s battle with Perkiomen Valley, with the regular-season title possibly in the balance.

The two contests will have a great deal of impact on the regular-season title and seedings for the upcoming PAC Final Four (May 10-12).

“Methacton’s a dangerous team,” said Wixted. “But it doesn’t matter if we’re playing a team that’s 10-0 or 0-10. We practice the same, prepare the same, and the goal is to bring that same intensity.”