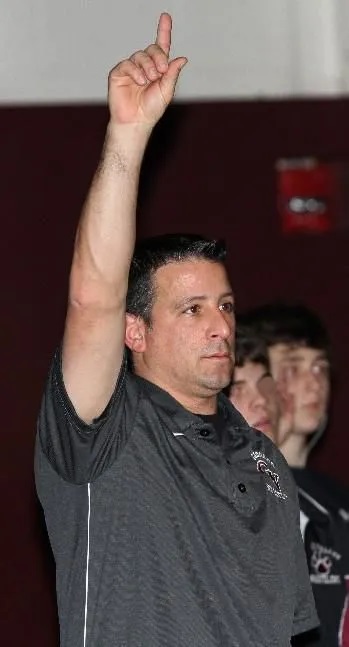 Rocco Fantazzi made a two-fold promise to himself when he began his career as a wrestling coach some 30 years ago.

First, he was going to put family first. He wasn’t going to miss his children’s activities because of coaching. If the choice came down to family and wrestling, his family would be his priority.

Secondly, if he couldn’t dedicate himself 100 percent to his team and athletes, he was going to walk away.

Well, the time to keep that vow he made three decades ago came to fruition on Monday when Fantazzi stepped down as the wrestling coach at Garnet Valley after 20 highly successful seasons.

“I know I’ve missed one or two of my kids events over the years, but not many,” Fantazzi said when reached by phone. “Both of my kids are playing collegiate lacrosse and when I was sitting there at districts and regionals I missed my son (Rocco) step on the field for the first time as a college athlete. That told me I was reneging on my promise with my family that I was not there for things that are really valuable to them. I knew it was time to keep my promise to myself.”

Fantazzi’s son, who goes by Broc, is a first-year attack at Arcadia University. His daughter, Eliza, is a senior attack at Moravian. The lacrosse season, even at the Division III level, begins in mid-to-late February. That happens to be the heart of the wrestling season. Getting to his children’s events became tougher and tougher.

“I started to think about it three years ago when my daughter first started playing in college,” Fantazzi said. “Covid kind of threw a curveball with everything. It kind of did a reset so I was like, OK, let’s continue to go. I’m really not missing much.

“This year, with things being back to normal, their seasons start in February and we’re right in the heart of wrestling season and we have to get these kids ready for districts and regionals and my son’s playing Wednesday and my daughter is playing Saturday how can I get there?”

Fantazzi took over for the late Glenn Lambert in 2002 and built the Jaguars into a Central League and District 1 power over the next 20 years. He compiled a career record of 271-132 and won seven Central League championships, including the last five in a row, and guided the Jaguars to 42 straight dual meet wins against Central League competition. Garnet Valley’s last dual-meet loss to a league foe was a 30-29 setback to Upper Darby on Feb. 8, 2017, and that loss came with an asterisk. The match ended in a 29-all deadlock. The Royals won on Criteria No. 1, which is most near-fall points scored (12-2).

Along the way seven of his wrestlers won state medals, the Jags also claimed the District 1 West title in 2019 and made the PIAA team tournament in 2020. He gave credit for the team’s success to his assistant coaches, John Conte, Erik Hollingsworth, Dan Zier and Chris Tate.

“I have been fortunate to be surrounded by good people,” Fantazzi said.

As for his replacement, he would like that whoever gets the job to carry on the same level of commitment that began with Lambert and Fantazzi continued during his two decades at the helm.

“It was a great time to go out with the senior class I had and it was the right time with my family and where my kids are in their college careers,” Fantazzi said. “It just seemed like everything lined up and it’s time. I left with the culture in a good spot, the program in a good spot and me feeling good about things and what I accomplished.”