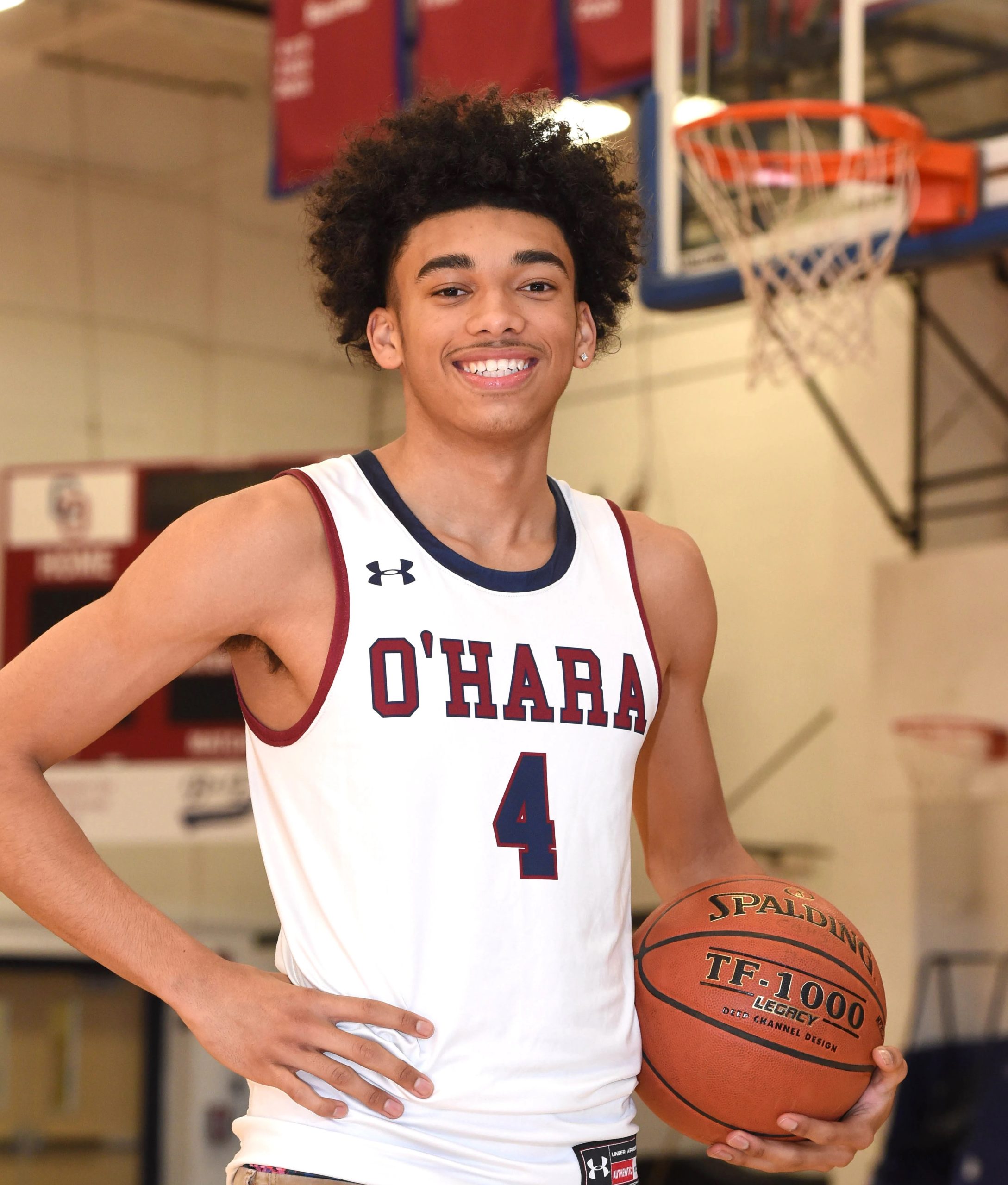 MARPLE — Izaiah Pasha heard the criticisms and the doubts. Breaking into the parochial world, literally and figuratively, of the Philadelphia Catholic League, he knew they would persist.

Reputations have currency in the Catholic League. A transfer from Central Dauphin East to Cardinal O’Hara after his sophomore year, he didn’t have such a rep, at least not deemed worthy within the city’s basketball limits. No matter the college offers or interest or AAU highlights, until Pasha proved it in the Catholic League, there would always be that caveat.

Pasha wasn’t only ready for that challenge. It’s why he traded the basketball scene of Central PA for the crucible of the Catholic League. “Playing against them, I always had a dog (mentality) and a chip on my shoulder to prove everyone wrong,” Pasha said. “Each game, it didn’t matter who the team was, who they were, I was looking out there to kill.”

Pasha did so early and often. He stepped into a team with a promising underclassmen core that lacked a contributing senior, and elevated it to an echelon O’Hara hasn’t occupied in the PIAA era. In a league where the seventh-place team won a PIAA championship and the 10th-place side made a state semifinal, Pasha earned a place as an all-league selection.

He also proved to be the class of Delaware County this season, a campaign that was longer than usual on team-driven success and shorter on veteran individual excellence. It’s why Pasha was a slam dunk choice for Daily Times Player of the Year.

The squad is one of the youngest in years, with more sophomores (Hipps and Jerkins) than seniors (just Colucci). All are first-time picks, with last year’s team comprising five seniors. Hipps was a third-team pick last year.

Hicke is the first Radnor selection since 2005-06 (Glenn Washington). Pasha is the first Cardinal O’Hara All-Delco since 2000-01 (Gene Willard) and the first O’Hara Player of the Year ever since the award debuted after the 1979-80 season. The All-Delco team is selected in consultation with local coaches.

The 2021-22 season was a unique one in Delco. Nine boys teams made the PIAA tournaments, all in the three largest classifications. The teams combined to win 11 states games, a level of success extending beyond the usual elites. The path to states for most was egalitarian team basketball, great for wins on the court but less so for distinguishing individual excellence. It spelled an end to lengthy states droughts for programs like Chichester, Marple Newtown, Radnor and O’Hara. The Lions fell squarely into that prosperous team approach, earning their first PIAA tournament victory.

It’s a testament to Pasha’s brilliance that he still managed to be a star within the team concept. The Lions were one of four teams in Delco with three or more double-figures scorers, plus Pearse McGuinn at 9.1 ppg. But Pasha still managed to post big numbers, finishing fifth in the county at 16.9 ppg.  The 6-4 combo guard led the team in scoring, rebounding (6.8 per game) and assists (3.7). He was a consistent shot-blocker, with a team-high 46 rejections, and often drew a hefty defensive responsibility.

The difference in the numbers is stark: In the COVID-shortened 2021, O’Hara went 3-10. A year older, with many of the sophomore fringe contributors blossoming into full-time starters as juniors, the Lions went 14-12 under coach Ryan Nemetz. They finished eighth in the Catholic League, losing in the quarterfinals to Roman Catholic, and qualified for the PIAA Class 4A tournament.

In many ways, Pasha was the missing piece to bring out the best in a talented group, a tempo-pushing point guard who could score or facilitate for teammates.

“I fell right in place,” he said. “I was that person to sort of take the team to the next step. They relied on me a lot. They were young – I’m also young – but it was more that we trusted each other and they trusted me.”

Pasha didn’t take part in states due to the PIAA transfer rule, having transferred after the natural break that occurs at the end of his freshman year. That didn’t stop the Lions from going up and beating District 11’s Wilson Area in the first round, led by 21 points from McGuinn and 18 from Hunter Johnson.

Pasha played part cheerleader and part assistant coach that night. He knew how much of the spotlight he occupied on the court during the season and trusted how much more the guys around him were capable of giving to compensate for his absence.

It’s why he’s so bullish on what that nucleus can do with another summer to grow.

“I have high expectations next year,” Pasha said. “I think we could possibly be the best team in the Catholic League. We could also win states in our (classification). Just us trusting each other, us getting older and building a bond and bringing better guys in, to build around me and the team, I have high expectations.”

It could be a big summer for Pasha personally. He holds an offer from Siena, but a strong spring with AAU team Philly Pride will surely attract more. He’s got interest from several power conference schools, including Georgia, Tennessee and Minnesota.

He has seen his game advance in ways big and small in the first year at O’Hara. The biggest change, he says, is in mentality, from which all the other measurables might spring.

“I’ve definitely improved mentally, physically,” he said. “But it was more just the confidence. Just having coaches and players and people around me to believe in me and have the confidence in me. I’ve always felt that this has been in my game. Me being who I’m still becoming has always been there; it’s just about me displaying and having that person in my ear to let me know I have that confidence to display it.”

All-Delco Boys Basketball: Hicke, Hipps lit up their respective Radnor scoreboards
In the mix for a postseason berth, Coatesville cruises past Upper Darby