Queen of the Court: Westtown’s Kaylene Smikle is the Daily Local News Girls Basketball Player of the Year 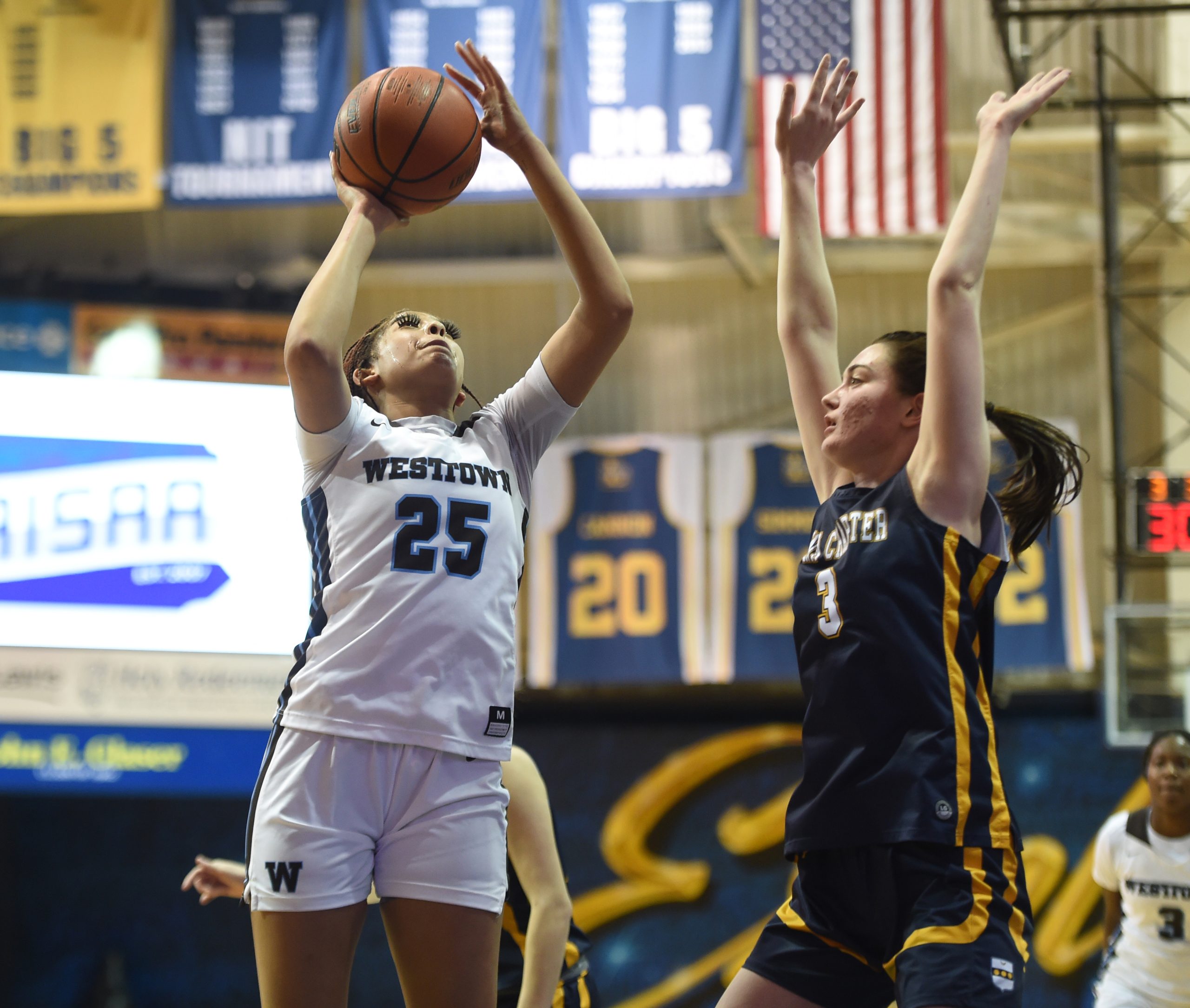 Westtown’s Kaylene Smikle brought her best to big games and the Moose played in enough of that she got a chance to shine early and often.
Smikle did it so well, especially in the postseason, that she helped bring Westtown its first PASIAA title. Her highly successful senior season is being rewarded, as Smikle is the Daily Local News Girls Basketball All-Area Player of the Year.
“It’s a great honor,” said Smikle. “My teammates and I worked really hard and I owe it to them.”
Smikle, from Farmingdale, N.Y., showed that she can score at will, averaging over 25 points a game as the Moose plowed through the season.
“She’s obviously a real talented kid,” said Westtown coach Fran Burbidge. “She’s strong, a trmendous player. She has a bright future.”
Smikle arrived at Westtown a shy person and her interactions with teachers and other students brought her out of it.
“I have a couple of teachers I enjoyed and this is such a great place and I eventually got to feel very comfortable here,” she said.
The Moose went 23-4 on the season. They really picked it up after Christmas break, winning 18 of 19 games for the remainder of the season.
They sharpened their skills, in part, by competing in such tournaments like the Art Turner Memorial in Virginia, She Got Game tournament in New Jersey and the Blue Star Classic in Delaware. They rolled to the Friends Schools League Championship and cruised to the state title.
“My favorite game was the state title game,” she said. “It was great to help bring the first state championship to the school.”
Burbidge recognizes that Smikle came out of her shell this year, especially on the court.
“She’s really improved her engagement at practices and she begun to have a real consistent flow to her game,” said Burbidge. “She was putting up good numbers against good competition.”
“Kaylene just dominated this year, both in the FSL and in the tough non-conference schedule that Westtown played,” said La’Keisha Sutton, head coach at George School. “Even though I was coaching against her, she was fun to watch, because of her efficiency and her unselfish play.”
Smikle was named the Gatorade Player of the Year for Pennsylvania. The award was for excellence in the community and the classroom.
“That award is special because it’s not just for athletics,” she said.
Smikle will move on to the world of Division 1 basketball, landing in the Big Ten with Rutgers.
“She has ridiculous range,” said Burbidge. “She can score the ball in space and can get to the rim. She is a good defender on the ball and can be an immediate contributor.”
Smikle is very active in her church and has volunteered locally by feeding the homeless.
The sky’s the limit for Smikle and Burbidge feels there’s not too many people more suited to be a star.
“She’s a great kid,” he said.