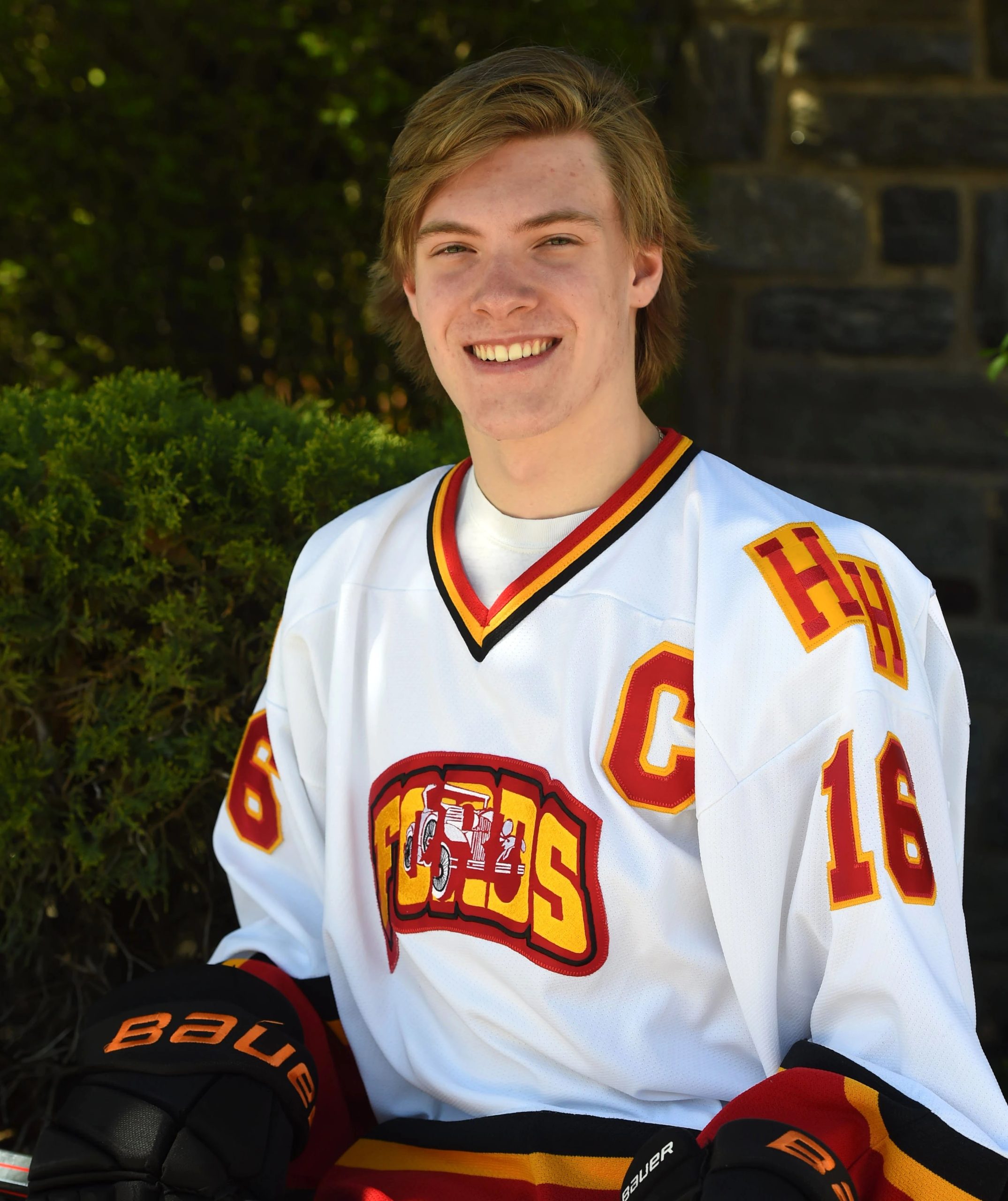 HAVERFORD — Jagur McClelland didn’t need any reminders from the boisterous crowd at the Skatium on that particular Thursday night. For all that the Haverford senior forward had been through, he understood the stakes pretty well.

Springfield and Haverford entered the third period of a contentious Central League final tied at 1. McClelland knew the vitriol his opponent and its fans brought to the rink. He was, after all, the architect of the 2021 baptism Haverford meted out, an 11-1 mercy-rule affair in the final, on the path to a Flyers Cup triumph.

But separate from such drama, McClelland knew what this game meant to him. He’d missed all of December and most of January with a foot injury, an ailment that wrote off his chances at hitting the road to play for junior-level hockey, and also drastically diminished how much he could play with his Haverford mates this senior season.

There would be no making up for lost time. But in that final, there was a chance to script a new ending that at junctures of a difficult season seemed unlikely.

McClelland felt that pressure, more than anything lobbed from the stands, as he approached the third-period puck drop.

“I was nervous,” McClelland said. “I tried to keep it simple. My mindset was all over the place, but I just tried to get the puck on the net, and it worked two times, so that was nice.”

The nerves didn’t show, even if Springfield, the top seed, pulled ahead when Zach Crain scored 2:41 into the third.

In a game where the Fords needed their star player to play like a star, McClelland stepped up as he has his entire career. He assisted on Quinn Carson’s opening goal in the first period. Then with less than five minutes to play, he buried a feed from Nate Rabadam to make it 2-2. Fifty-two seconds later, he deposited what would be the game-winner.

It was a microcosm of what McClelland has always been: A big player for the biggest moments.

And also, once again, the Daily Times Boys Hockey Player of the Year.

McClelland is the player of the year for the second consecutive season. He, Rabadam and Crain are repeat selections. Dignazio, a junior, is the lone underclassmen. The All-Delco team is selected in consultation with local coaches.

After the lofty heights of 2021, the Fords faced a challenge to rebuild. With McClelland, Rabadam and goalie Jai Jani, a second-team selection for the second straight year, they had a strong nucleus to start, but fitting the pieces together around them would be a challenge.

It didn’t get any easier when McClelland injured his foot in gym class in mid-November. The barometer, as it so often has been, was supplied by Springfield. On Nov. 11, the Fords beat Springfield, 3-2, McClelland supplying a goal and two assists, he and Rabadam setting up Ryan McGlade’s overtime winner. Thirteen days later, without McClelland, the Fords were thumped, 5-1.

Having to play spectator wasn’t to McClelland’s liking, but he tried to help however he could.

When he got back on the ice in the new year, it was with a renewed focus. He played in just 13 games, yet his total of 44 points was fifth overall in Delaware County. McClelland tied for ninth with 21 goals and was fifth with 23 assists. His 3.38 points per game was tops in the county. That included three goals and three assists in his two outings against Springfield, the teams on a collision course for Central supremacy.

“Right away, I think my intensity has to be more than it ever has been before,” he said. “Especially before the injury, I could be going through the motions sometimes, but after I’m out for a while, especially two months, I’ve got to get back and I had to push a little harder than I ever had the whole season.”

Luck wasn’t on his side in the Flyers Cup, McClelland missing two games due to illness. He returned for the semifinals, scoring the only goal in Haverford’s 4-1 loss to Council Rock South, ending the bid to repeat as Flyers Cup A champs.

That doesn’t diminish his achievements, though. McClelland will continue his hockey journey next year with a junior contract in the North American Hockey League. And in a bit of irony, it’s with the Springfield Junior Blues in Illinois.

But the legacy that he, Rabadam and Jani in particular leave is one they’ll treasure.

“It’s really nice,” McClelland said. “We’ve all been friends for as long as I can remember. To build that legacy that we did together, it’s really nice. It’s a memory we’re going to remember for the rest of our lives and bring up whenever we meet again after college.”