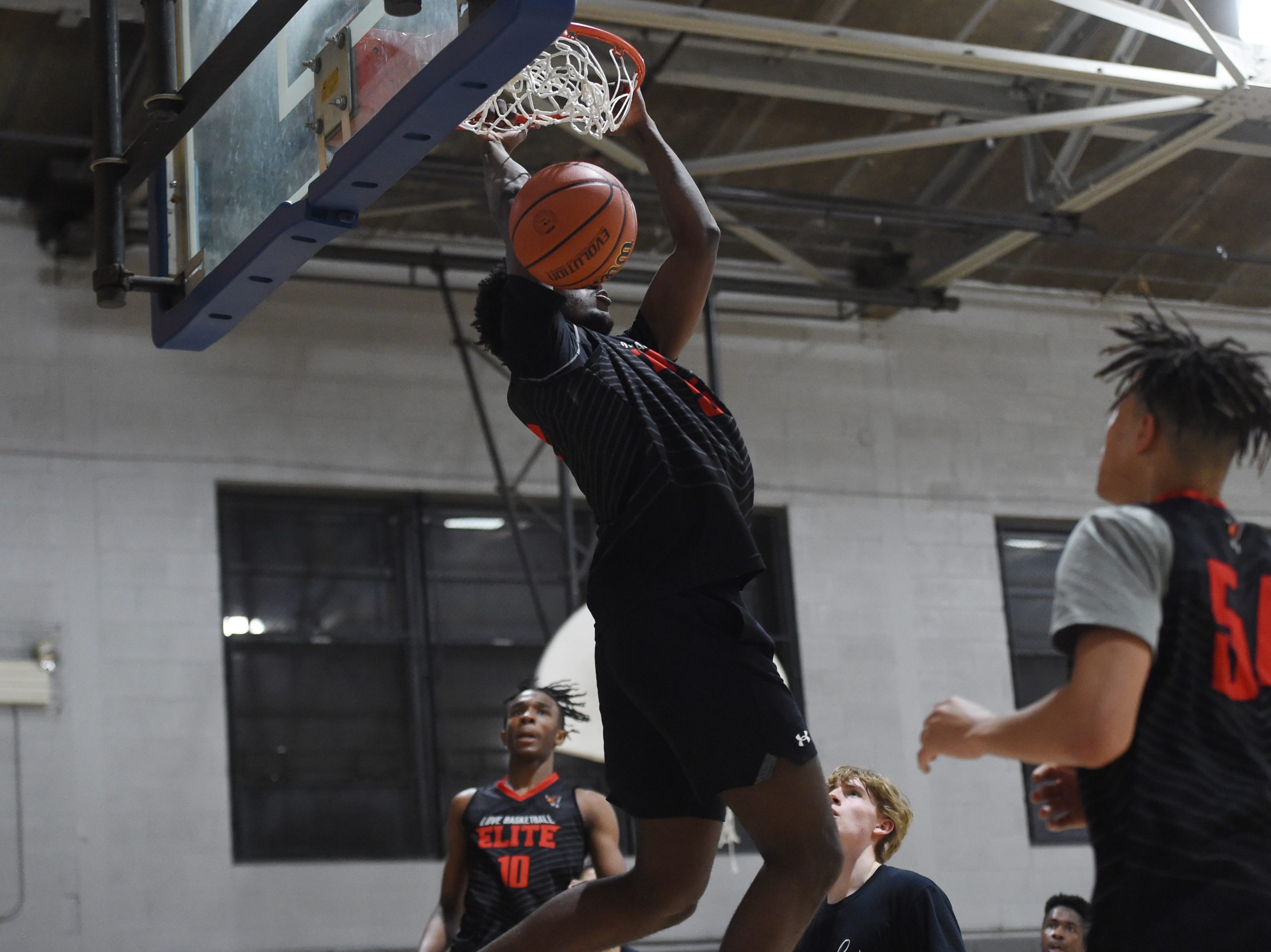 Team Hardnett and Raw Sports will meet in the championship game Tuesday at 7:30 p.m. The two teams met in an all-time Donofrio Classic final in 2015, when Tony Carr led Team Hardnett to a thrilling 86-83 win over Jahaad Proctor and Raw Sports.

Team Hardnett didn’t face much resistance in the first game of the doubleheader. They blew open a 22-16 game late in the first half with a 22-4 run, extending their lead to 44-20 and maintaining at least a 17-point advantage the rest of the way.

“We had a sub, it was Jerell Keel,” Hardnett’s Anthony McCall, a senior at the Academy of the New Church, said of the game-deciding run. “He came in and he is like a sparkplug. When he comes in he plays defense. He was playing defense, getting steals and starting fast breaks. When we run transition, we’re dangerous.

“The way we play, I don’t think most teams in the tournament can play with us. We play hard, physical, run up-and-down the court. It doesn’t matter if we’re tired or not.”

Chance Westry behind the back in transition sets up Olympus Prep’s Javone Adams for the slam. pic.twitter.com/tSPFxF5w3l

Keel, a junior at ANC, scored eight of his 14 points in the first half to help Team Hardnett put the game away early.

McCall scored a game-high 28 points, totaling 14 points on seven made field goals in each half.

“I just was playing,” he said. “I wasn’t really out there trying to get buckets, I was just playing as hard as I usually do.”

While Team Hardnett made it look easy, blocking shots on the defensive end and scoring easily in transition at the other end, this tournament is important to McCall.

In the second game, Raw Sports quickly extended a seven-point halftime lead, 33-26, to double digits early in the second half and never looked back against NEPA Elite.

“Honestly, we just started pushing,” Raw Sports’ Javon Adams said. “We started playing more basketball, started running them out of the gym, trapping them, getting on top of them.”

Adams (Olympus Prep) scored 20 of his game-high 29 points in the second half. NEPA Elite had no answer for the 6-foot-9 forward around the rim.

Chance Westry (AZ Compass Prep) added 26 points for Raw Sports. The Auburn commit had 18 points in the second half. Anthony Smith (Shippensburg), a Minnesota football commit, added 10 points, all in the first half.

Adams, a senior who’s still undecided on where he’s playing next year, and Raw Sports will be ready for Team Hardnett in what should be a great championship game Tuesday night.