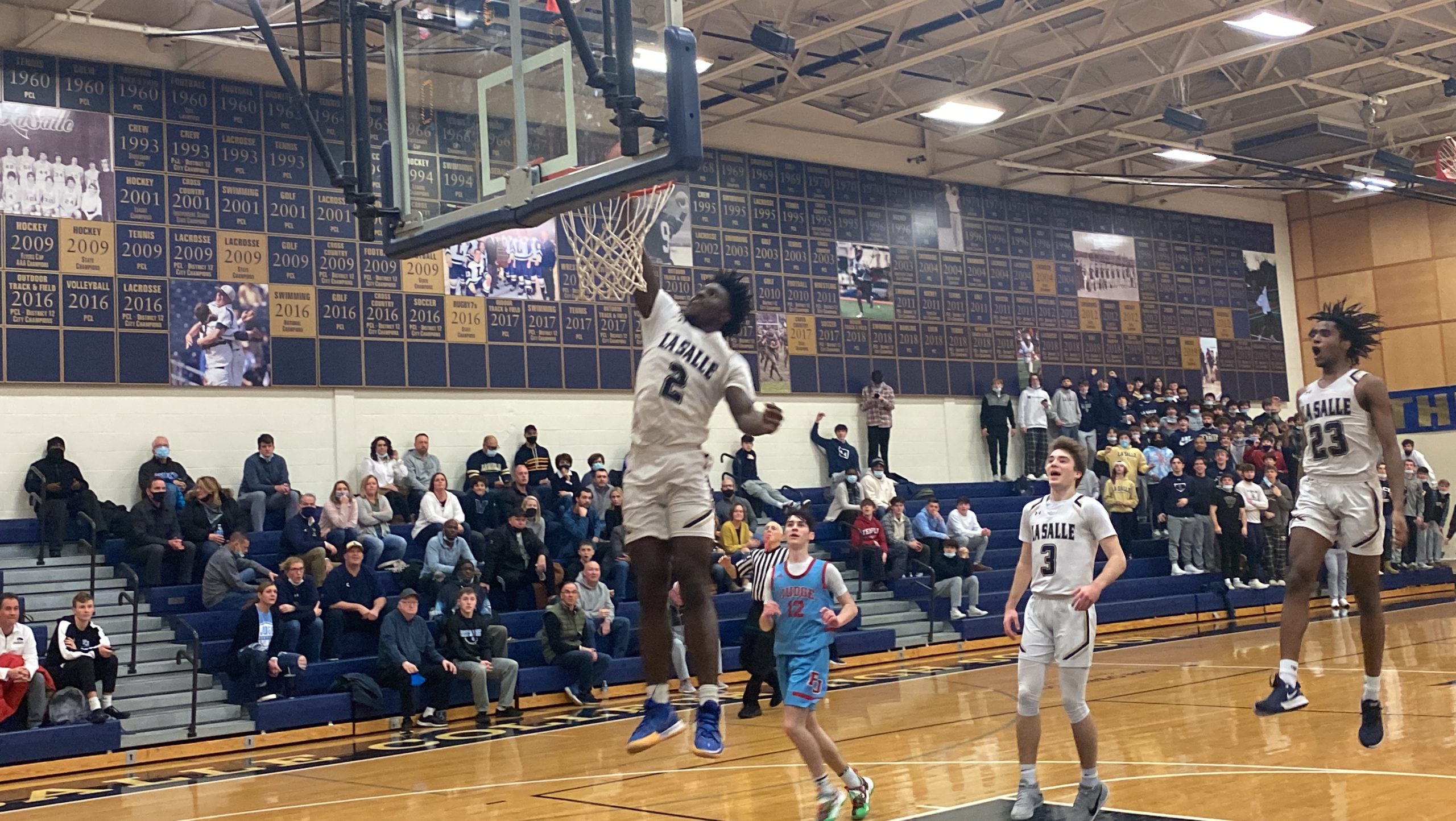 This season was a return to normalcy for the Reporter/Times Herald/Montgomery Media area boys basketball teams.

Gone were mask requirements on the floor and social distancing on the bench. Players were able to play in front of their friends, classmates, parents and fans. The spectators were treated to great basketball all season long.

The Suburban One League Liberty Division featured a four-team race that came down to the final game of the regular season. Plymouth Whitemarsh and Upper Dublin shared the league championship with matching 12-4 records while Abington and Wissahickon finished one game behind at 11-5.

In the Pioneer Athletic Conference, Methacton won its fourth league title in five years while Norristown reached the District 1-6A championship game — its first district title game appearance since 2009 — and PJP reached the D1-4A final.

In the Philadelphia Catholic League, Archbishop Carroll and Archbishop Wood made deep state playoff runs. The Patriots made it to the PIAA-4A semifinals while the Vikings went all the way to the PIAA-6A final.

Local teams accomplished a lot this season, but it wouldn’t have been possible without outstanding individual efforts. Those players are recognized as members of the 2021-2022 The Reporter/Times Herald/Montgomery Media All-Area Teams.

Moses Hipps, So., Archbishop Carroll >> Hipps finished third in the PCL in scoring with 18.9 points per game. He was one of the best shooters in the league, hitting 76 threes at a 40.6% clip. Hipps helped the Patriots earn a PCL playoff berth when he scored a game-high 26 points in a 72-66 win at La Salle in the final week of the regular season. He averaged 22 points per game during the Patriots run to the PIAA-4A state semifinals.

Justin Moore, Sr., Archbishop Wood >> Moore led Wood in most major categories as the Vikings went 11-2 in PCL play. He averaged 15.2 points, 6.1 assists and 4.4 rebounds in his first season after transferring in from Bishop McDevitt.

Justin Moore (center) of Archbishop Wood is introduced before the PIAA 6A boys basketball championship at the Giant Center in Hershey on Saturday, March 26, 2022. (Mark Palczewski – For MediaNews Group)

Rasheem Dearry, Sr., Cheltenham >> Dearry averaged 15.1 points and 7.8 rebounds per game while leading the Panthers to an undefeated record through most of the season. The SOL Freedom and SOL Tournament champions suffered their first loss in the District 1-6A semifinals against eventual champion Lower Merion after starting the season 27-0. Dearry averaged 16.1 points during the Panthers six-game district and state playoff run.

Cheltenham’s Rasheem Dearry scored 13 of his 16 points in the fourth quarter as the Panthers rallied to defeat Wissahickon 57-49 on Tuesday, Jan. 18, 2022. (Mike Cabrey/MediaNews Group)

Sam Brown, Sr., La Salle >> Brown averaged 15.8 points, 5.7 rebounds and three assists for the Explorers, who finished fifth in the PCL, this season. The Rutgers football commit used his physicality to get to the rim at will while shooting 47.1% from the field.

Qudire Bennett, Jr., Plymouth Whitemarsh >> Bennett averaged 18.4 points and 6.4 rebounds for PW this winter. He hit arguably the biggest shot of the season in the SOL Liberty Division. His double-overtime game-winner lifted the Colonials to a win over Upper Dublin, 47-44. The basket ended up earning PW a share of the league title when it finished tied atop the standings with Upper Dublin.