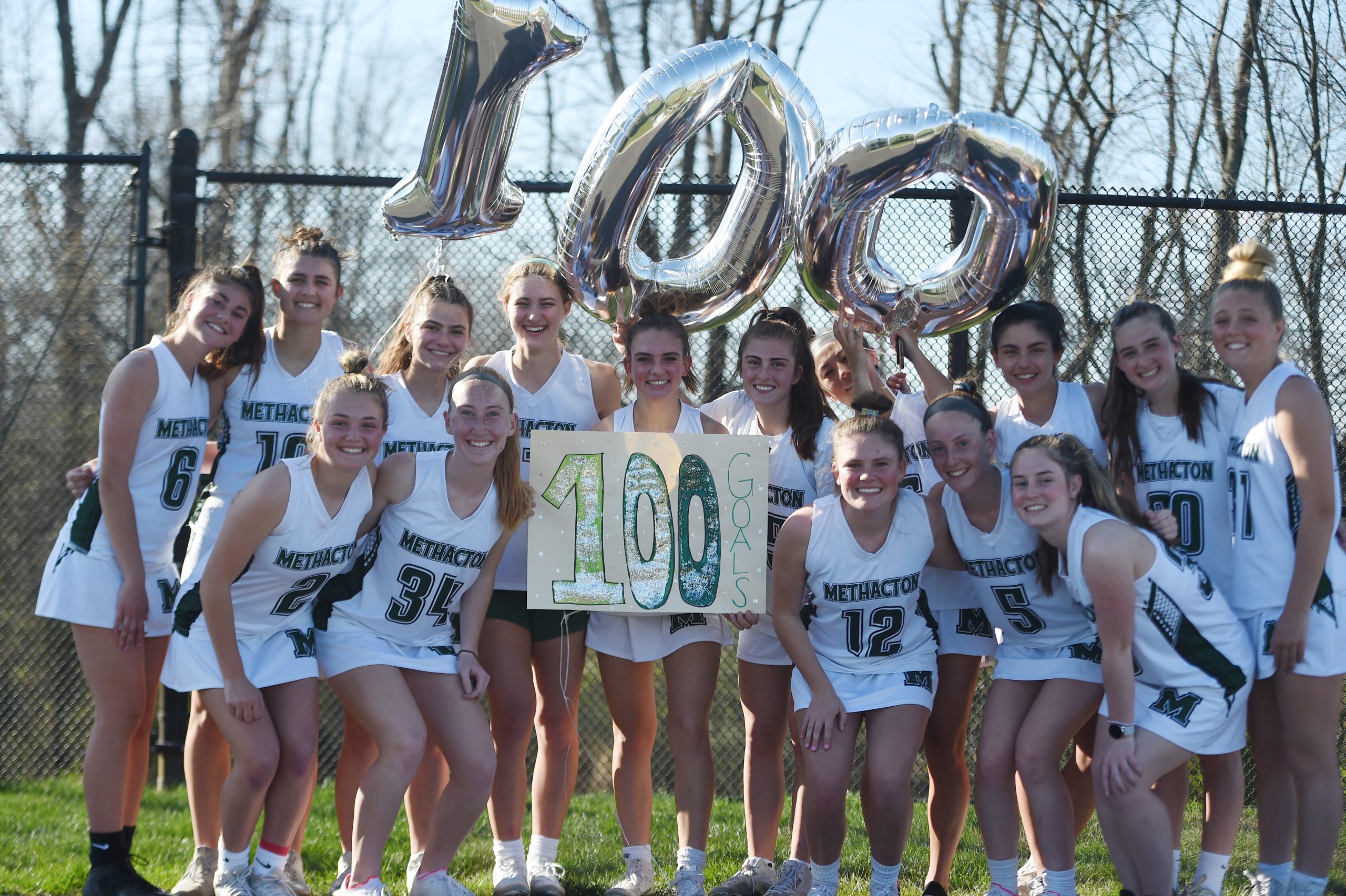 The milestone is even more impressive when you consider how quickly Weber got there. She scored 37 goals as a freshman before losing her entire sophomore season due to the COVID-19 pandemic. She added 44 more goals as a junior before scoring her 100th goal during the first half of the eighth game of her senior year.

“She’s not afraid to go to goal,” Methacton coach Laurei Markle said of what makes Weber a prolific scorer. “She’s got a lot of variety in her shots. She has a powerful shot.”

“I wanted to go far,” she said, “and Old Dominion is 15 minutes from Virginia Beach and I loved the coaching staff and the team.”

The Rams scored four straight goals in less than eight minutes, trimming an 8-1 deficit to 8-5, early in the second half.

Weber responded with her fourth goal of the game to get the Warriors lead back to four.

“This is our first game with the heat,” Weber said, “so I think we just needed to adjust and then we had a little lull but then we got back into our rhythm.”

The Rams got their deficit back to three two more times, 10-7 and 11-8, but both times Methacton’s Megan Sanelli answered to extend the lead back to eight.

“They responded well,” Markle said of her team when the game got close. “I know we were a little bit rattled by a couple of the calls, but I thought our defense stood pretty strong and offensively when we want to turn it on, we can turn it on.”

Alyssa Mozi, Emma Sowers and Gianna DiBattista each scored two goals for the Rams while Madison Pierce and Summer Smith each scored once.