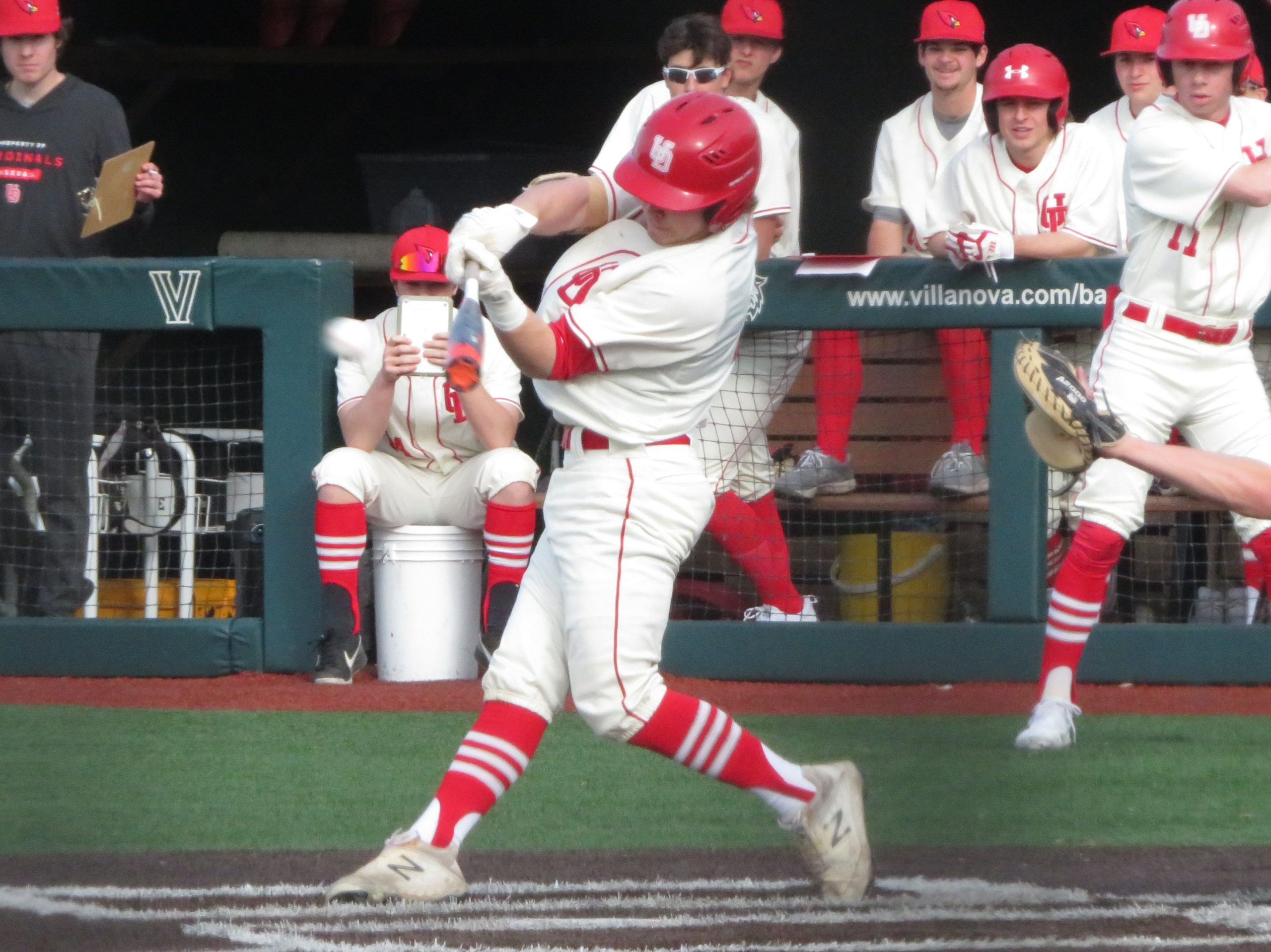 Over the next five innings, the trio went 6-for-9 with seven RBIs to lead the Cardinals to an 11-2 Suburban One League Liberty Division win over rival Wissahickon at Villanova Ballpark at Plymouth.

“That’s the game of baseball,” Rizzo said. “You win some, you lose some. In my opinion, I think we have the best offensive lineup in the league. Every practice we’re constantly hitting. We have two very good coaches that help us. We have an indoor facility we can go to. That’s just the game of baseball – you strikeout, you get a hit, you get a home run – it doesn’t matter. You just have to come back the next at-bat ready and prepared.”

The damage started in the bottom of the second inning. Rizzo hit an RBI single, Lombardo a sacrifice fly and Cairnes a two-run double to give Upper Dublin (4-2, 4-1 SOL Liberty) an early 6-1 lead.

“(Lombardo) is starting to heat up and any time he can get on the basepaths it’s havoc for the other squad,” Upper Dublin coach Ed Wall said. “Tristan, again, another double today. His power has been really consistent, helped us out a ton, especially with two outs there. Getting a bunch of two-out runs there really extends the inning and puts the other team in a tough spot.”

Three innings later, Rizzo’s bases loaded single made it a 7-2 game in the bottom of the fifth. Lombardo followed with a two-run single, extending the Cardinals advantage to 9-2.

The top of the order was in position to knock in runs because the bottom of the lineup was getting on base. The No. six, seven, eight and nine batters combined for six walks and got hit twice. Seven of those free passes turned into runs.

“That bottom crew is gritty, man,” Wall said. “They are a tough bunch to get out. It doesn’t matter if we are talking about six, seven, eight or nine, especially (Jared) Levis there at the bottom – he just soaks up pitches and will eat a pitcher alive and chew on his pitch count. Leo (Soriano), same thing. Those guys have been really gritty. (Brendan) O’Brien got his first start of the season and got on base a couple times. He’s a tough kid.”

“I was just waiting for my pitch,” Rizzo said of following the free passes. “Some at-bats I didn’t really see my pitch, but definitely having kids on base gets my adrenaline up, makes me want to get a hit even more, get some runs in. It’s just really motivating when I have people on base. It gives me an opportunity to get RBIs.”

David Sharpe started and earned the win on the mound for UD. The lefty allowed two runs on two hits over 4 1/3 innings. He struck out six batters to seven walks.

“Sharpe, Sunday and Aidan – super close with them, love working with them in the bullpen,” Rizzo said. “They’re great pitchers, great guys. Sharpe was on today, Sunday was on today, Aiden was on today. All three of them did a really good job of dominating the mound and shutting down the run game.”

“We’re going to get back to work and work on attacking hitters and challenging them right away,” Wiss coach Andy Noga said.

The Trojans (1-3, 1-2 SOL Liberty) took a lead in the top of the first inning when Ben Junker walked, stole second and third and scored on a Morgan Wilson single.

Wilson had another two-out RBI single in the top of the fifth, scoring DeVincent, who walked and advanced to second and third on wild pitches.

Wiss left 10 runners on base in the game and at least one in every inning.

“A couple of the innings early we hit a couple balls hard and they were right at someone,” Noga said. “Later in the game, we cannot strike out in those situations – we have to put the ball in play. It’s something we do work on in practice a lot, but we have to look for better pitches in those situations. We can’t let the count get to two strikes in those positions.”