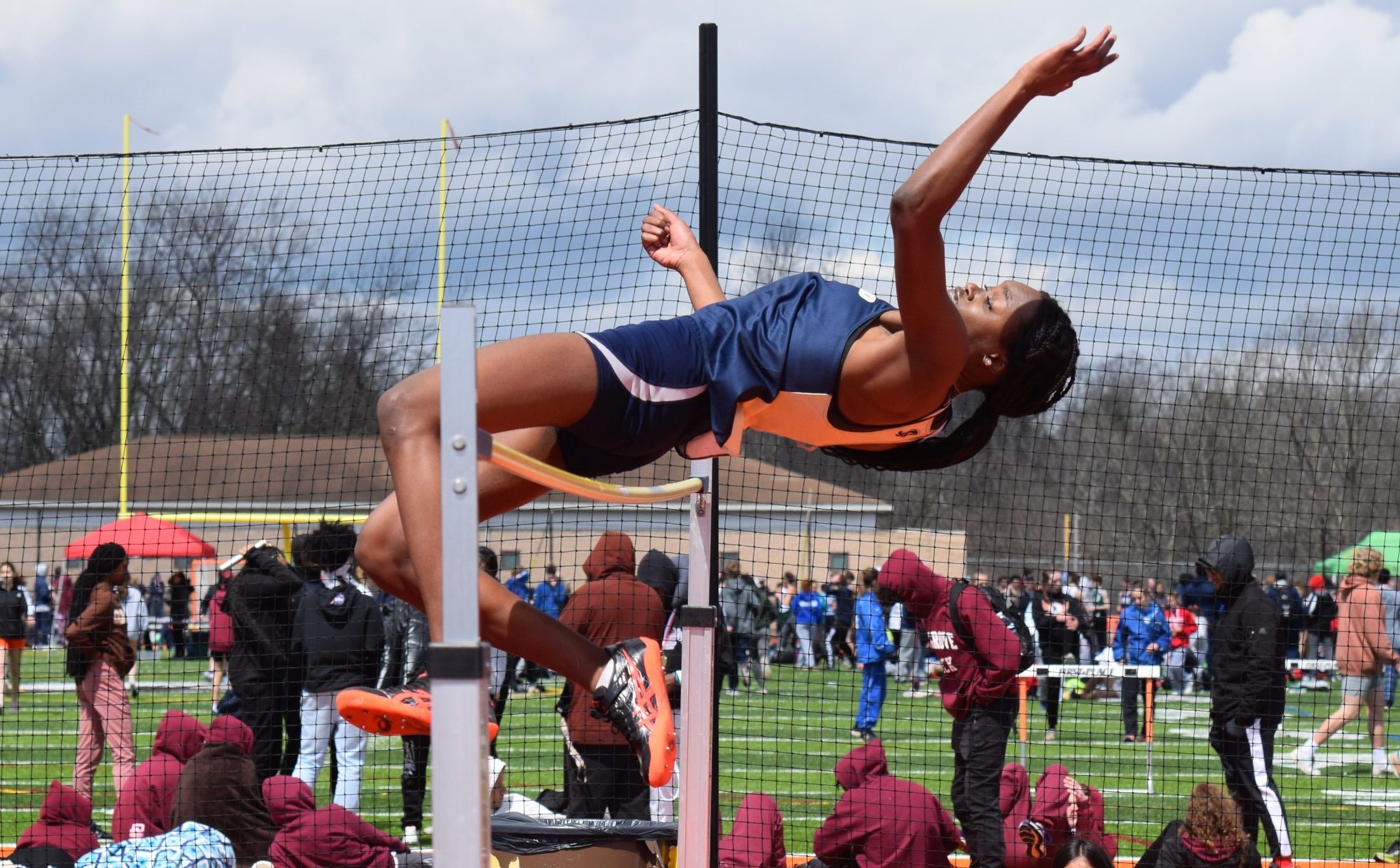 Fittingly, just like in Livers’ own career, the bar reached new heights Saturday at Perkiomen Valley.

Spring-Ford senior Nene Mokonchu achieved a personal-record 5-9 and improved on her current state-No. 1 mark while winning the girls’ high jump to highlight a full day of action at Perk Valley.

“It was such a good day,” Mokonchu said. “It was everything; I knew exactly what I was doing and it was effortless. I didn’t even feel like I had to sprint at the bar, as I was going I just popped up and felt like I had a lot of room.”

Mokonchu punctuated a dominant day in the field events by the Spring-Ford girls with other winners including her sisters, Ester Mokonchu (shot put, 34-10) and Vania Mokonchu (discus, 108-10), and Mary McNelly (triple jump, 31-11 1/2).

Mokonchu entered the outdoor season after winning the high jump (5-8) at the PTFCA Indoor Championships on Feb. 27 and is ready to stay on the rise after feeling like she’d plateaued since achieving 5-6 as a freshman.

“This year was when I finally found the confidence, that magic. My goal is to hit 6-0 before I get to college,” said Mokonchu, who will attend Brown University. “I know 5-10 is the next step which is why I was a little frustrated and starting to overthink (while attempting 5-10 Saturday), feeling the pain in my hip after a lot of reps. But I think that’s something I need to knock out of the way in the next week and then focus on reaching 6-0.”

Masewicz seems to have found a sweet spot for himself after running more distance in earlier years.

Pottsgrove scored a pair of boys wins with Trevon Foster winning the 110 hurdles in 16.37 and Demetrius Carter finishing first in the 100 meters (11.54).

Another Pa. top 10 time was turned in by sophomore Ashley Pickles of host Perkiomen Valley. The second-year track and field athlete won the 400 meters in 58.25, nearly three seconds better than runner-up.

“It was exciting,” said Pickles. “I was a little nervous. I like going against good competition but you still get nervous before every race. Once we went out and I got to the 100 mark I felt like ‘I’ve got this. Keep going.’

Not bad for her less-preferred event.

“I prefer the 200 over the 400, but I do like them both. Just the 200 a little better,” she said. “I didn’t start track until last year in the spring – I played soccer and I still do – so (the early success) is kind of shocking. But I’m really happy with how I’m improving. And I feel like I can improve a lot more so I’m excited.”

The Methacton girls had a pair of winners in Analiesa Geiling (100 hurdles, 16.81) and Kate Thomas in a fast 800-meter race where her 2:22.07 edged Gwynedd Mercy’s Ellie Perry and OJR’s Claire Zubey, all three turning in Pa. top 25 times.

A ceremony was held in the morning to officially rename the event in honor of Livers, who died in Decemeber 2020 after a year-long bout with brain cancer.

Livers’ widow Adriane received a medal of recognition from PV track and field head coach Joe Petsko during the dedication ceremony. She was also joined by Livers’ twin brother, Don.