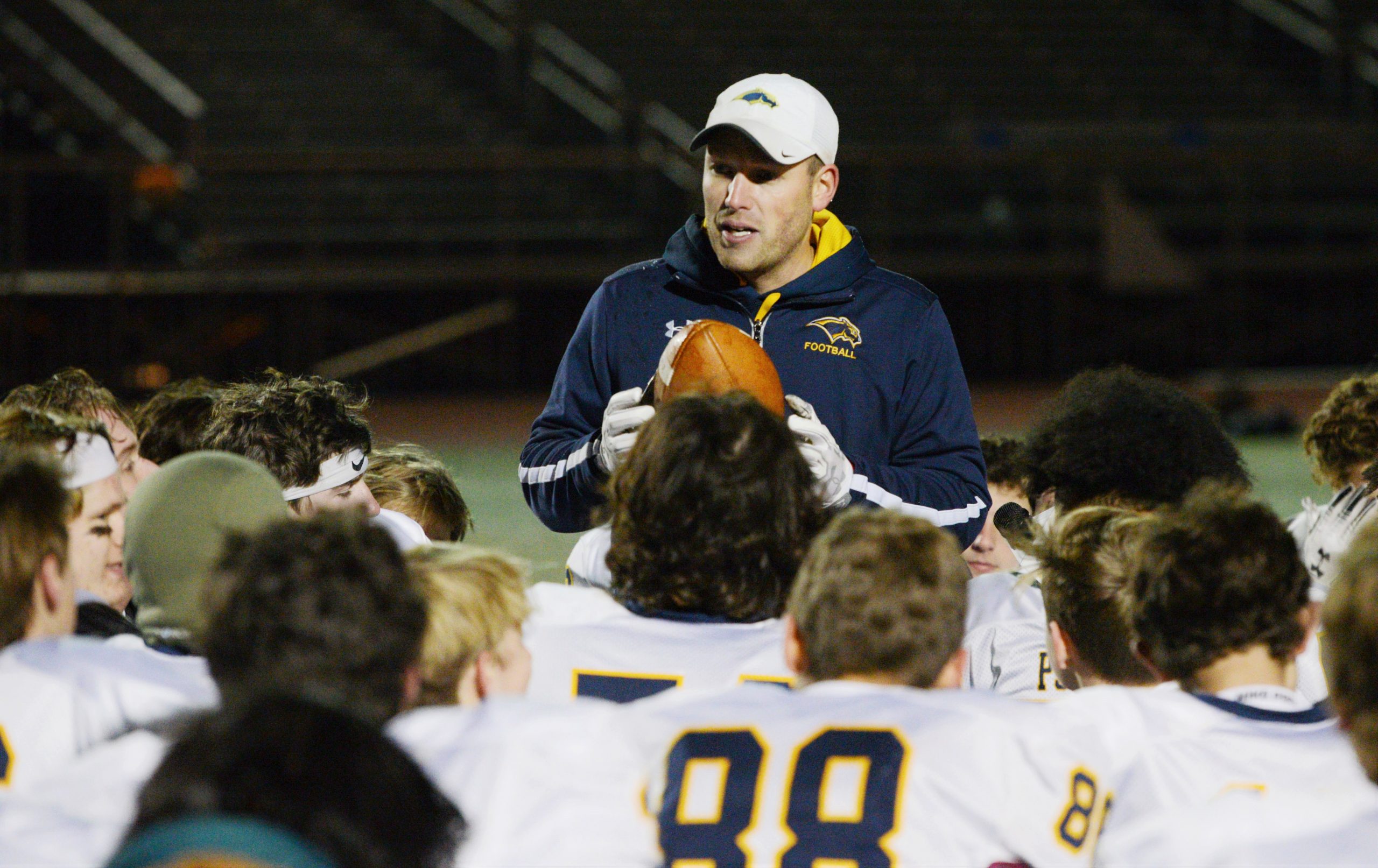 ROYERSFORD >> In his eight years at the helm of Pope John Paul II football, Rory Graver oversaw the rise of the Golden Panthers from the very bottom to the very top in area high school football.

Now he’s moving on to a new challenge after he was approved as new head coach at Wissahickon at a Monday night school board meeting.

“For myself, my family, this was the right time,” said Graver. “It’s a really exciting opportunity. Wissahickon is an outstanding school district with great student-athletes. I’m looking forward to the chance to help build something special.”

Building is one area where Graver has plenty of experience. He certainly proved willing to tackle a challenge head-on during his time at PJP.

Coincidentally, he finishes his time at Pope John Paul II with a record of exactly .500 – 40 wins, 40 losses. But as they say, it’s not the destination – it’s the journey.

After a 1-20 start over his first two seasons, the Golden Panthers’ hard work started showing dividends during a 4-7 season in 2016 that featured a victory over that season’s District One Class 4A champions Pottsgrove.

By the next year, the Golden Panthers were in the District playoffs where they remained until the rebuild reached its high point in 2019 with Pope John Paul II claiming their first-ever football District championship in Class 3A.

“These guys promised one another, as a team, that they’d leave it all on the field tonight, no matter what,” Graver said that night after the district championship game.

“Leaving it all on the field” became a PJP theme under Graver, even over the past two seasons where the Golden Panthers found themselves somewhat snake-bitten, as a pandemic-shortened 2020 season undercut the considerable potential of a defending District championship team. The Golden Panthers went 3-0 in the shortened campaign, including a statement victory over PAC Liberty powerhouse Perkiomen Valley.

In 2021, Pope John Paul II was undisputedly the strongest team in all of District One to miss the playoffs, going 7-3 with all three losses coming against opponents from larger classifications and missing out on Districts due to Power Rankings tiebreakers.

But even with a myriad of highlights and challenges to choose from, Graver says his off-the-field experiences will be the most memorable portion of his PJP career.

“This is such a special place,” Graver summarized. “From the administration to the athletic department and most importantly the student-athletes, it’s been a privilege and an honor to coach here and serve this community over the past eight years.

“For me, the highlight will always be the impactful relationships I’ve been able to create.”

The Wissahickon job represents a homecoming of sorts for Graver, a Plymouth-Whitemarsh High graduate who now returns to the same division of the same conference in which he competed. There have been changes since his own high school days, of course, but the challenge at Wissahickon will be somewhat familiar.

Graver takes over a Trojans program that last enjoyed a winning season in 2013 competing in the demanding Suburban One League’s American Conference. Previous coach Bruce Fleming stepped down in February, opening the door for Graver’s tenure to begin.

“It’s a challenging league, with great competition – it always has been. I’m looking forward to being a part of that competition.”

He’s wasting no time either. “We got started this week [at Wissahickon],” said Graver. “It’s been such a warm welcome. Lots of excitement, but lots of work ahead of us as well. The goal is to get a little better every day.”

Meanwhile, back at Pope John Paul II the search for Graver’s replacement is underway. While the next hire will be only the third head coach in the young school’s history, he will have some big shoes to fill after Graver oversaw the ascension of the Golden Panthers’ program.

But for his part, Graver downplayed his own role in PJP’s improvement, pointing again to the hard work of every player he’s coached over eight years, as well as the assistant coaches on staff and support from the school and PJP community.

“I haven’t thrown one pass, caught one pass, made one tackle… I’m just a guy on the sideline,” he emphasized. “The program at Pope John Paul is in a really good place – because of the people, the community, and the caliber of student-athletes at this school.”

“So I think it’ll be a very smooth transition. The next coach can put his own wrinkle on things and have the opportunity to be very successful.”