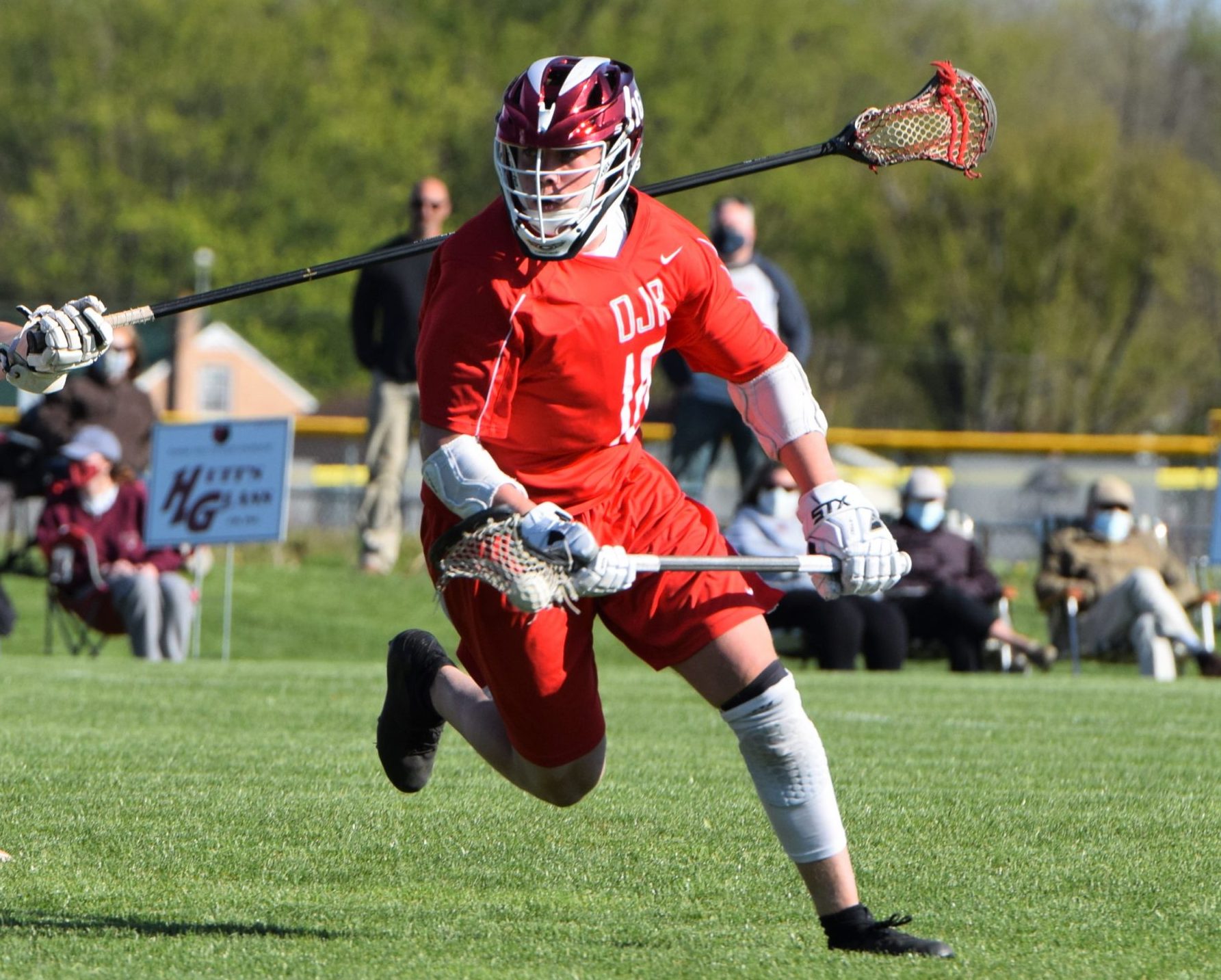 BUCKTOWN >> When it comes time to determine a champion, Pioneer Athletic Conference lacrosse tends to be a two-team show.

From the league’s inception in 2007 through 2017, Owen J. Roberts and Spring-Ford met each season for the league title.

But starting in 2018, the Wildcats saw their place taken by Perkiomen Valley, who’s since competed with Spring-Ford for top honors the past three seasons.

Now OJR endeavors to re-emerge under new coach Mikey Zadroga. In dispatching Methacton 16-9 on Friday night in the PAC curtain lifter for both teams, the Wildcats took a first step back into the conversation of league title contenders, hoping to create a true race for the crown in 2022.

“I don’t know if we’re there yet,” cautioned Zadroga, who played at nearby Upper Merion and took over the Wildcats at the start of the 2022 season. “We need to build consistency, play the same way throughout the game that we do at the start.”

If the Wildcats learn to do so, look out. Their fast starts to both halves carried the squad Friday.

OJR came out flying, thanks in large part to the dominance of Damian Swech at the faceoff stripe. Swech was 16-for-18 in the game and his dominance in the first half allowed the Wildcats to maintain possession throughout the opening stanza.

The ‘Cats took advantage via an early hat trick from senior attack Josh Devine, amassing the first three of his career-high seven goals in a three-minute span of the first quarter. Will Jaeger cashed in between Devine’s three tallies, and Andy Giandonato’s pole goal made it 5-0 ‘Cats just seven minutes into the contest.

In all, it was an astonishing nine-point night for Devine. Giandonato added a hat trick with Jaeger and Dylan Gazda each tallying twice.

Yet the stars of the evening wanted to talk about the new guy in charge.

“New coach, new year, and it’s meant everything,” said Giandonato, a senior captain. “Coming off a couple of tough years, he’s been supportive, helping us move on.”

“[Zadroga’s] creating a culture for us,” added Devine. “This year is just one of many – I think the teams that come after us will benefit as well.”

After the halftime break, another 6-0 run allowed the ‘Cats to pour it on against a Methacton team playing without some key starters, widening their lead to 13-3 toward the end of the third quarter. Swech finally lost a faceoff at the 1:54 mark of the stanza, breaking a run of 13 in a row to start the contest.

“Mentally, I play it out, and keep getting the ball to these guys,” said Swech. “It’s just one play at a time, keep the rhythm.”

The 5-1 Wildcats head into the meat of the PAC schedule with momentum and confidence, two sorely needed qualities in a program trying to turn things around with non-league challenges still to come from Penn Charter and Downingtown West, among others.

“We have a mission – love the process, love one another, and overachieve,” said Zadroga. “I think as we learn to maintain focus daily, we’ll improve.”

“We’ve got a problem with starting games,” he admitted. “We’ve come out flat – we need to build energy and leadership. I thought Christian and Joey really showed up in some big spots for us tonight.”

Both teams have lightning-quick turnarounds, as OJR heads to Great Valley for a non-conference matchup Saturday morning while Methacton welcomes Downingtown West. (Friday’s game was originally scheduled to be played Thursday but was postponed due to weather.)

But as it pertains to the big picture and certainly to the conference race, the Wildcats submitted their highlight for the weekend’s slate in front of an impressive home crowd Friday night. They just hope there are more to follow — specifically on April 19 at Perkiomen Valley and a week later at Spring-Ford.

“We want to be able to compete for a PAC championship, and as I said, overachieve,” concluded Zadroga. “Outcomes will follow as a result of that process.”