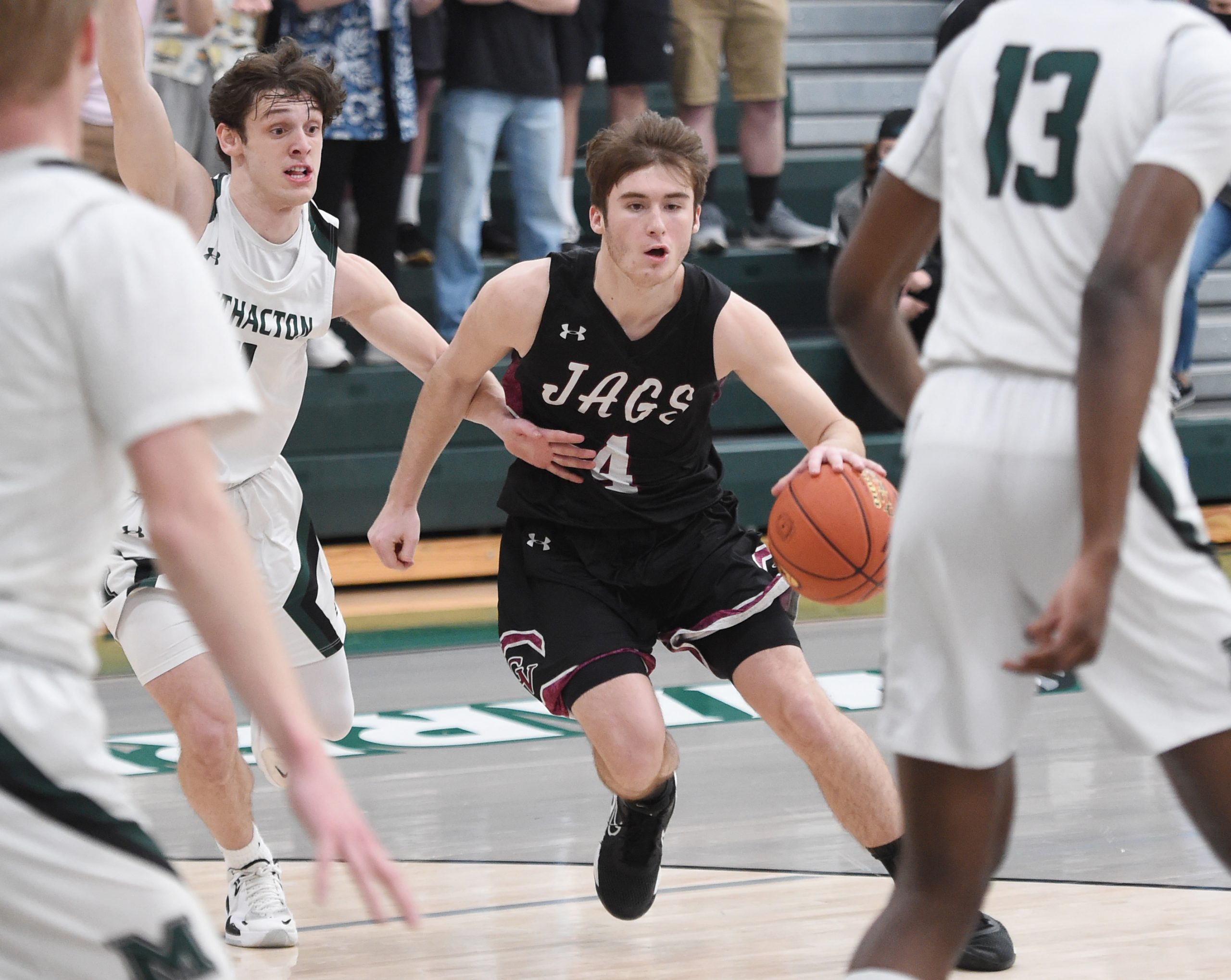 PHILADELPHIA — By the time the final horn sounded at West Philadelphia High Wednesday night, it felt as though more than one game had played out.

Based on the pace of play for large stretches, that was true to a certain degree. For much of the first and third quarters of the PIAA Class 6A boys basketball opener, the game was played on Garnet Valley’s terms. That changed in the second quarter when Lincoln, the District 12 champion, turned up its press. By a helter-skelter fourth, all bets were off.

When all the dizzying ebbs in play had settled, Garnet Valley found itself on the right side of a 65-56 win, the program’s first in a state tournament since 1997.

For the team that barely snuck into districts much less states, it was the perfect kind of victory to ensure midnight has not yet struck on their Cinderella run.

“The entire season has been, we started rocky, but we’ve just learned the entire season,” junior guard Max Koehler said. “It’s been a huge learning process, and look at us now.”

When next you look at Garnet Valley (18-10), it’ll be in the Round of 16 of the state tournament, the sixth seed from District 1 due to tangle Saturday with Scranton.  The District 2 champion eliminated West Chester East, 84-70.

The Jaguars wasted no time Wednesday, jumping out to a 10-3 lead. That first quarter went about as GV scripted. The Jags were 4-for-7 from 3-point range. All six baskets were assisted. Their zone defense forced Lincoln (18-9) into nine 3-point attempts.

Lincoln, missing two starters due to PIAA transfer rules, in the second quarter turned up a half-court trapping press. And Garnet Valley’s offense was sped up like it had been put in a blender, briefly coming apart at the seams.

The Jaguars turned the ball over nine straight possessions, the kinds of cross-court passes that cut it in the Central League gobbled up by lanky Railsplitters in passing lanes.

“When they first put the press on it, I guess there was a little sense of shock, but nothing that we haven’t seen before,” Koehler said. “We just had to compose ourselves and make the right plays down the stretch.”

“We just said to calm down and hold it,” guard Ryan Wootten said. “Five seconds is a long time. So maybe just hold it for a few seconds and if you’re not double-teamed, you could beat your guy. We knew Max was going to be double-teamed right off the bat, so someone has got to be open. He kept his eyes up, looked for the open man and tried to hit it.”

With that hurdle passed – the Jags had 10 of their 18 turnovers in the second quarter – they got back to what they do best. They moved the ball well, finding open 3-point looks. Wootten hit four of them, Koehler three, accounting for a 7-for-19 day from beyond the arc for Garnet Valley. And they used the space their shot threat opened to create driving lanes to the rim.

“It’s super important to show that they can’t dictate everything we do when we’re on offense,” Koehler said. “We can get to our spots, hit the open guys and hit the open shots.”

Garnet Valley worked the boards, earning a 44-35 edge despite a height disadvantage. They clamped down on enough second-chance looks for Lincoln, making sure its 3-point attempts largely became one-and-dones.

The plan worked, the Railsplitters struggling to a 5-for-26 shooting day from 3-point range. From there, it came down to free throws, where Garnet Valley connected on 24 of 30, including 15-for-20 in a fourth quarter in which the Jags hit just two field goals. Lincoln was 9-for-22 at the stripe.

Lincoln didn’t go away. The Splitters trailed 25-10 in the second quarter before the turnover streak started, and got within 25-23 when Jameer Trout hit in the lane. Koehler hit a 3-pointer with four seconds left in the first half to restore relative comfort at 30-23 at the break.

A Wootten triple made it a 10-0 run around the interval, and the lead stretched to 12 early in the fourth. But Trout, who tallied 22 points, scored six points on an 8-0 run to claw within 57-51 with two minutes to play.

But Garnet Valley did enough at the line to make sure the final team into the District 1 tournament isn’t done quite yet.