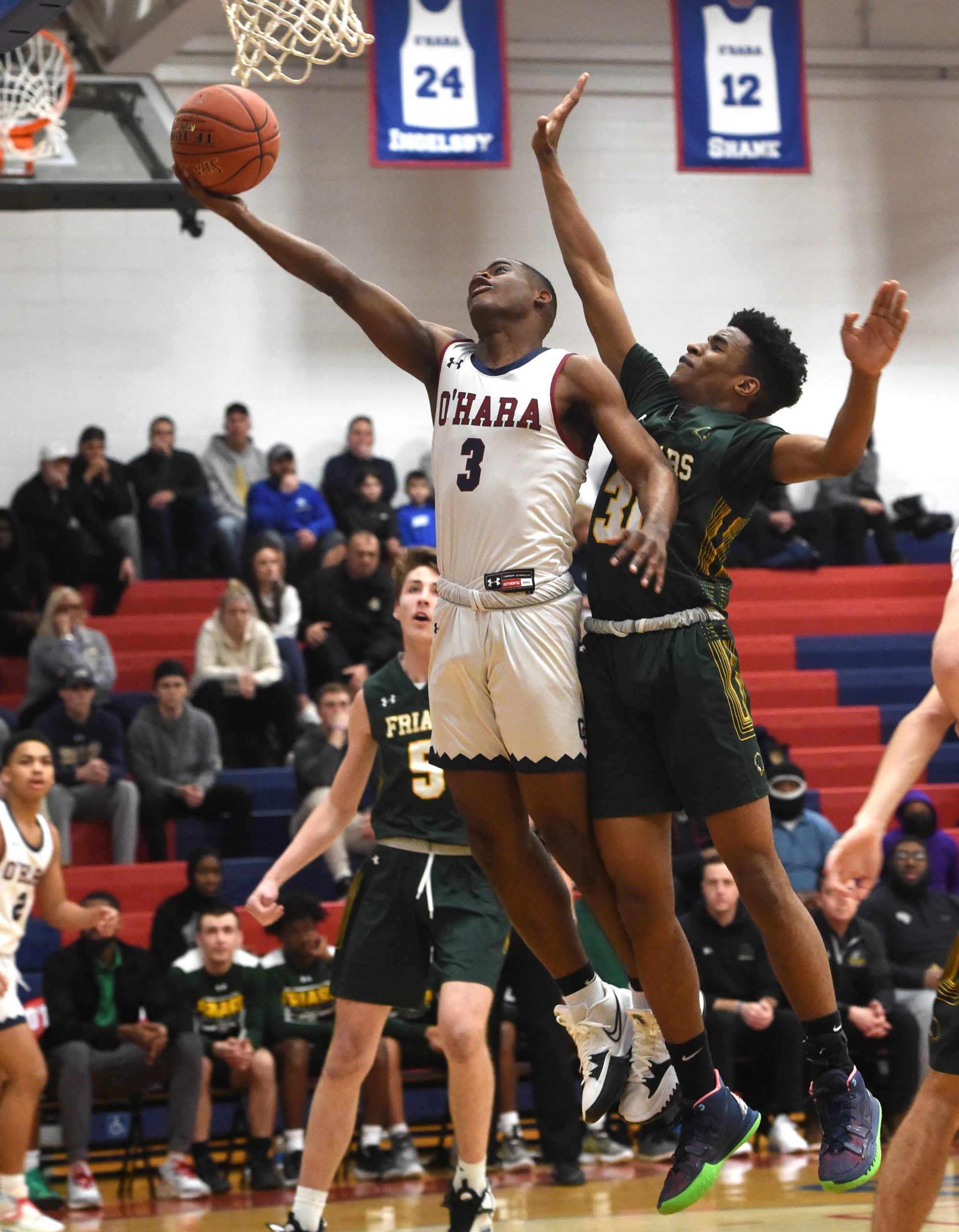 Cardinal O'Hara's Hunter Johnson, center, drops in a layup ahead of the defense of Bonner-Prendergast's Jamal Hicks in the first half Wednesday night. O'Hara earned a 49-47 win in the Catholic League first-round game. (Pete Bannan/MedianNews Group)

Back and forth Cardinal O’Hara and Wilson Area went Tuesday night.

When the rollercoaster ended, O’Hara had the first states win in program history.

Wilson led 14-7 after one quarter. But McGuinn put the Lions up by one at halftime. The lead stretched near double-figures before Wilson cut it to 39-38 with 3:40 left. But the Lions got the job done at the line to preserve the victory.

For O’Hara (14-10), the third seed out of District 12, it’s the first states win in program history. They did it without leading scorer Izaiah Pasha, who is ineligible for states after a transfer from Central Dauphin East.

No matter, since McGuinn stepped up big, including an 8-for-13 performance from the line. The Lions were 18-for-24 from the line to seal the win.

Hunter Johnson stepped up with 18 points, including a 7-for-7 performance from the line. Josh Coulanges added seven big points.