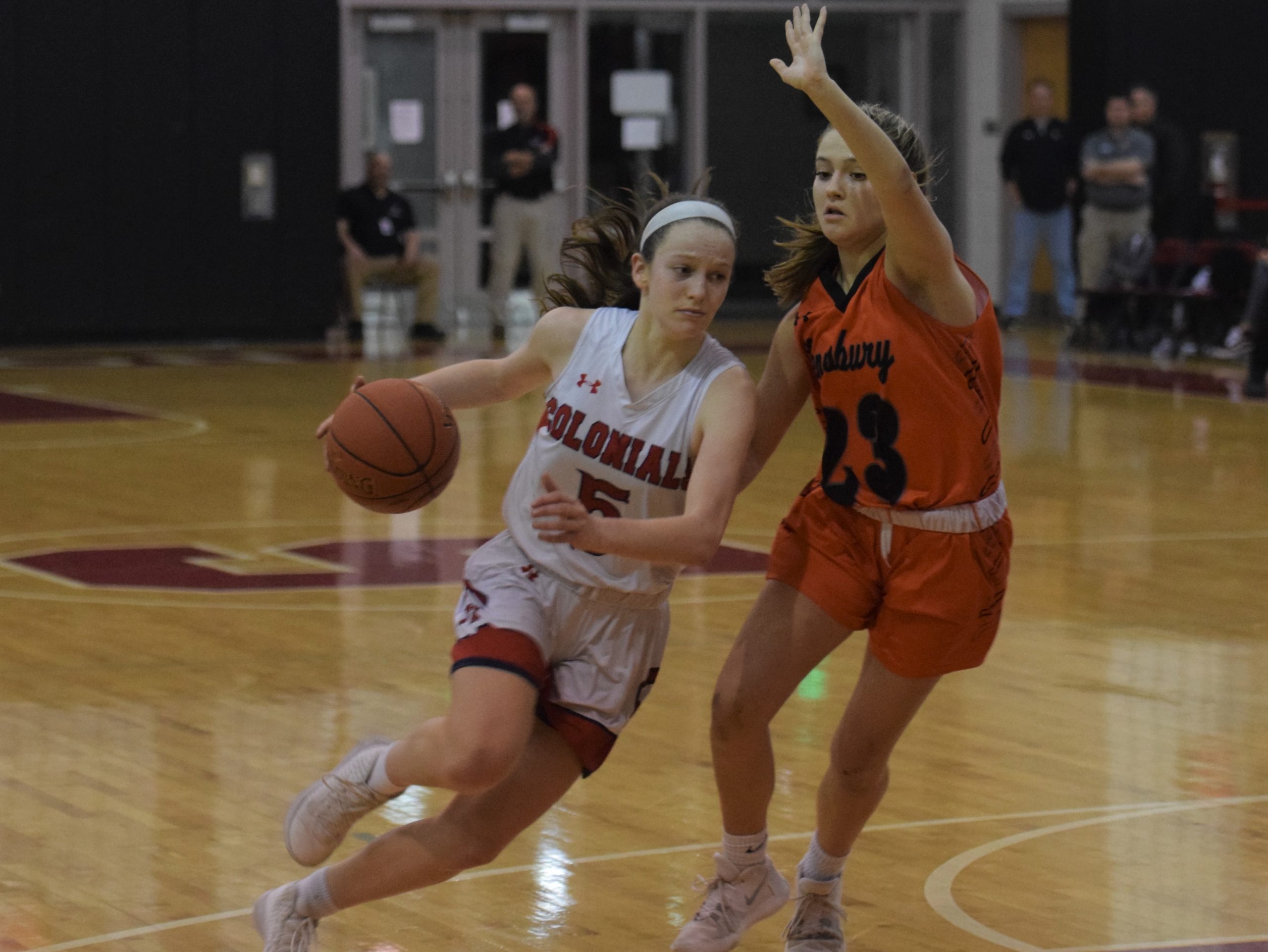 District 1-6A champions will be crowned Saturday evening, but there is one more step before teams take the floor at Temple University’s Liacouras Center.

Both games on the boys side and one girls game feature teams that are quite familiar which each other.

Methacton and Norristown boys will play for the fourth time this season. The Warriors won both regular season meetings and their Pioneer Athletic Conference semifinals matchup.

Cheltenham and Lower Merion boys face off in the other semifinal. The Aces beat the Panthers in the quarterfinals last season on their way to a district title.

On the girls side, Plymouth Whitemarsh and Pennsbury will meet for the second time in 15 days. The Colonials topped the Falcons, 52-15, in the Suburban One League Tournament championship game when Pennsbury rested most of its starters to be at full strength heading into districts. In 2020, with some of the same players on this year’s teams, Pennsbury beat PW in the district semifinals before losing to CB West in the final.

The other girls semifinal features Souderton against defending champion Spring-Ford.

Here are game-by-game looks at the District 1-6A semifinals.

Norristown at Methacton >> The 12th-seeded Eagles travel to the top-seeded Warriors for a 7 p.m. tipoff Tuesday night.

Norristown beat No. 4 Bensalem, 50-46, in the quarterfinals while Methacton survived No. 24 Garnet Valley in overtime, 46-41.

The Warriors three wins over the Eagles this year were 69-44 at Norristown, 73-61 at Methacton and 47-42 at Spring-Ford in the PAC semifinals.

“This time of year everyone is good,” Norristown coach Binky Johnson said. “It will be exciting because we’re so familiar with each other. Two PAC teams are still playing, matching up. It’s exciting for our boys to see Methacton for a fourth time. What else can you do but know what’s coming? It’s just a matter of being ready for this one, another dog fight.”

In the most recent meeting, Norristown held a 22-21 halftime lead before Methacton took control in the third quarter and won by five. Brett Byrne led the Warriors with 12 points while Cole Hargrove and Colin Meyer each had 11. DJ Johnson led Norristown with 12 points and Righteous Mitchell added 11.

The winner will face the winner of No. 2 Lower Merion and No. 3 Cheltenham in the championship Saturday at 6 p.m. at Temple University.

Cheltenham at Lower Merion >> The third-seeded Panthers travel to the second-seeded Aces for a 7 p.m. tipoff Tuesday night.

Cheltenham pushed past No. 22 Plymouth Whitemarsh, 52-40, in the quarterfinals while Lower Merion handled No. 23 Abington, 60-28. The Panthers had three players score in double figures – Rasheem Dearry with 15, Brandon Bush with 14 and Josiah Hutson with 12.

Lower Merion beat Cheltenham 59-50 in the district quarterfinals last season. Cheltenham got within two points late in the fourth before Lower Merion pulled away. The Aces carried that momentum to a district title while the top-seeded Panthers went home.

The winner will face the winner of No. 1 Methacton and No. 12 Norristown in the championship Saturday at 6 p.m. at Temple University.

PW survived its toughest test of the season so far and remained undefeated with a 36-28 win over No. 9 Haverford in the quarterfinals. Pennsbury held off a furious comeback attempt from No. 5 Abington and advanced with a  50-48 win.

PW’s 52-15 win over Pennsbury in the SOL Tournament final two weeks ago shouldn’t be much of an indication for what the district semifinal will look like. The Falcons played without four All-League players – first-teamers Ava Sciolla and Nicole Pompili, second-teamer Sofia Vitucci and honorable mention Neveah Dash. The Colonials took their foot off the gas early in the game as they opened with a 27-0 run.

When the SOL rivals met in the 2020 semifinals, PW was the No. 1 seed and Pennsbury the four. The teams were tied, 32-32, after three quarters before the Falcons pulled away to a 50-41 win. Sciolla scored 24 points and Pompili added five. Current PW senior Kaitlyn Flanagan had 10 points that night and current junior Abby Sharpe had nine.

The winner will face the winner of No. 2 Souderton and No. 11 Spring-Ford in the championship Saturday at 4 p.m. at Temple University.

Souderton reached the semifinals with a 47-41 win over No. 7 Perk Valley behind 14 points from Casey Harter and 12 from Teya McConnaha. Spring-Ford handled No. 14 Garnet Valley, 40-30. Katie Tiffan led the Rams with 19 points and Anna Azzara added 12.

The winner will face the winner of No. 1 Plymouth Whitemarsh and No. 4 Pennsbury in the championship Saturday at 4 p.m. at Temple University.

Dock earned a first-round bye in the regional tournament. This matchup will be the Pioneers first game since a Feb. 15 loss against Faith Christian Academy.

NDGP advanced to the semifinals with a 49-47 win over No. 6 Panther Valley.

The winner clinches a state berth and advances to the regional championship Saturday against the winner of No. 1 Executive Education and No. 4 Palmerton at a place and time to be determined.