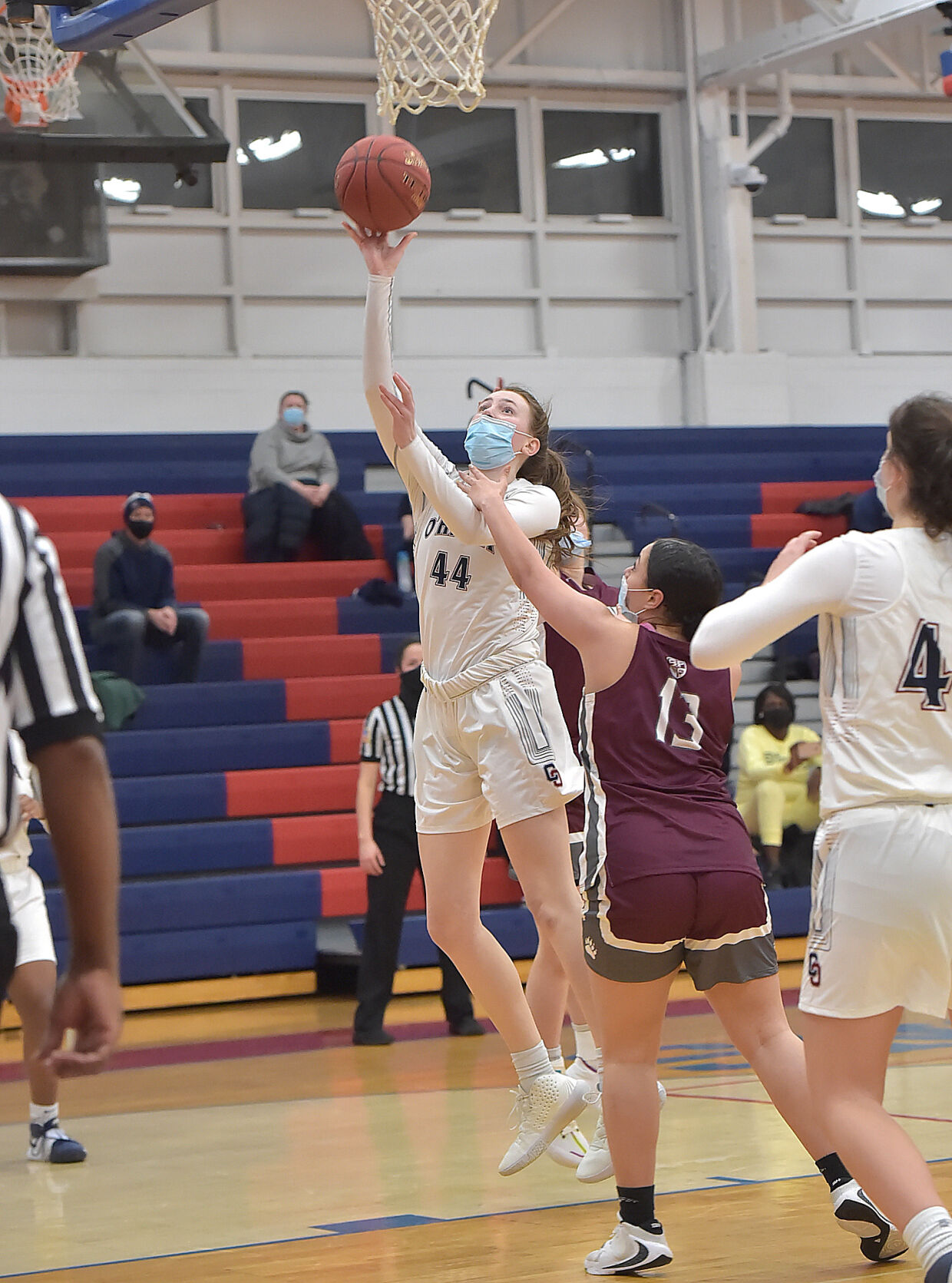 Archbishop Carroll and Cardinal O’Hara have long represented the best of Delaware County girls basketball. The rivals are headed to the Palestra Monday evening to compete for the Catholic League championship.

This will mark the ninth such time that Carroll and O’Hara have faced off for the title, but the first since 2008. O’Hara has won five of eight league final matchups against the Patriots.

Carroll and the Lions finished first and second, respectively, in the league standings during the regular season. The Patriots remain undefeated in league competition, including a 49-39 victory over the Lions Feb. 1. It was O’Hara’s only conference loss of the season.

In that game the Patriots defense stymied the Lions, forcing 14 turnovers. O’Hara’s best players, seniors Maggie Doogan and Sydni Scott, were limited to a combined 13 points on 4-for-15 shooting from the field. The total points were the fewest scored by O’Hara since its season-opening, 41-39 loss to St. Mary’s (Calif.).

Carroll improved to 12-0 in the league with a 50-35 triumph over Neumann-Goretti in the semifinals. O’Neill went for 28 points, eight rebounds and four assists. Wilson produced 12 points, 14 boards and three blocks.

Monday’s title game appearance is Carroll’s first since 2019, when it defeated Archbishop Wood in overtime, 46-42. O’Neill was a freshman, the only current Patriot to see significant playing time in the game. The four-year starter and 1,000-point scorer contributed 13 points as the Patriots captured the program’s 10th title and first since 2012.

“I would say there’s no other place like (the Palestra),” O’Neill said following the Patriots’ semifinal win. “Just the atmosphere, it’s so awesome, and I’m so excited that we are able to do that with such a great team.”

Carroll is riding an eight-game winning streak. The team hopes that sophomore Brooke Wilson is able to return after she had to exit the semifinal game with a knee injury. Wilson has been a shutdown  defender and a clutch scorer in coach Renie Shields’ starting lineup.

In addition, junior guard Meg Sheridan and senior guard/forward Maggie Grant have been key contributors. Grant drilled a clutch 3-pointer to close the third quarter in the win against Neumann-Goretti. Junior guard Courtland Schumacher has played well all season off the bench for the Patriots.

“The kids have put in all the work and we (coaches) just sort of hang around,” said Shields, who helmed the Patriots during their PCL title run in 2019. The Saint Joseph’s Hall of Fame and Big 5 Hall of Fame inductee was an assistant under head coach Chuck Creighton the last time the Patriots and Lions clashed in the final. “I’m excited for them. Grace had the chance to be there, but the other kids did not. I think it’s a great atmosphere to be in and I’m really excited for them.”

Since the setback to Carroll, O’Hara has won six of its last seven games. The only loss came to undefeated Plymouth Whitemarsh, which is in the District 1 Class 6A semifinals. O’Hara’s recent stretch of success includes a second triumph over reigning PCL champion Archbishop Wood, which defeated O’Hara for the title a year ago. O’Hara claimed a 55-48 win over Wood in the semifinals. Doogan, the reigning Daily Times Player of the Year, scored her 1,000th career point in the win.

The Lions are vying for their 19th title and first since 2018 when they captured their second straight under legendary former coach Linus McGinty, who retired after that season. Doogan and fellow senior starters Scott and Annie Welde have never been to a league final, although they have the experience of playing in a big arena. Though nowhere close to the majesty of the Palestra, it was the Giant Center in Hershey where O’Hara captured its first PIAA championship last season.

“They all know where we want to go and it’s going to take everyone on this team because nothing is going to come easy, especially in this league.” O’Hara coach Chrissie Doogan said recently. Doogan herself was a Catholic League champion during her heyday at O’Hara, where she earned Daily Times Player of the Year honors. “If we see (Carroll) again we know we have to play better. They were better than us the last time.”

O’Hara is back at full strength with Scott and Welde healthy after both had suffered injuries in game action this month. The Lions also have junior guard Bridget Dawson, a transfer from Penncrest who’s excelled on defense in her first year at the school. Meanwhile, freshman wing Molly Rullo has been a sensational all-around performer and a rising star in one of the nation’s best high school basketball conferences.