Haverford holds off Downingtown East to reach District 1-6A quarterfinals 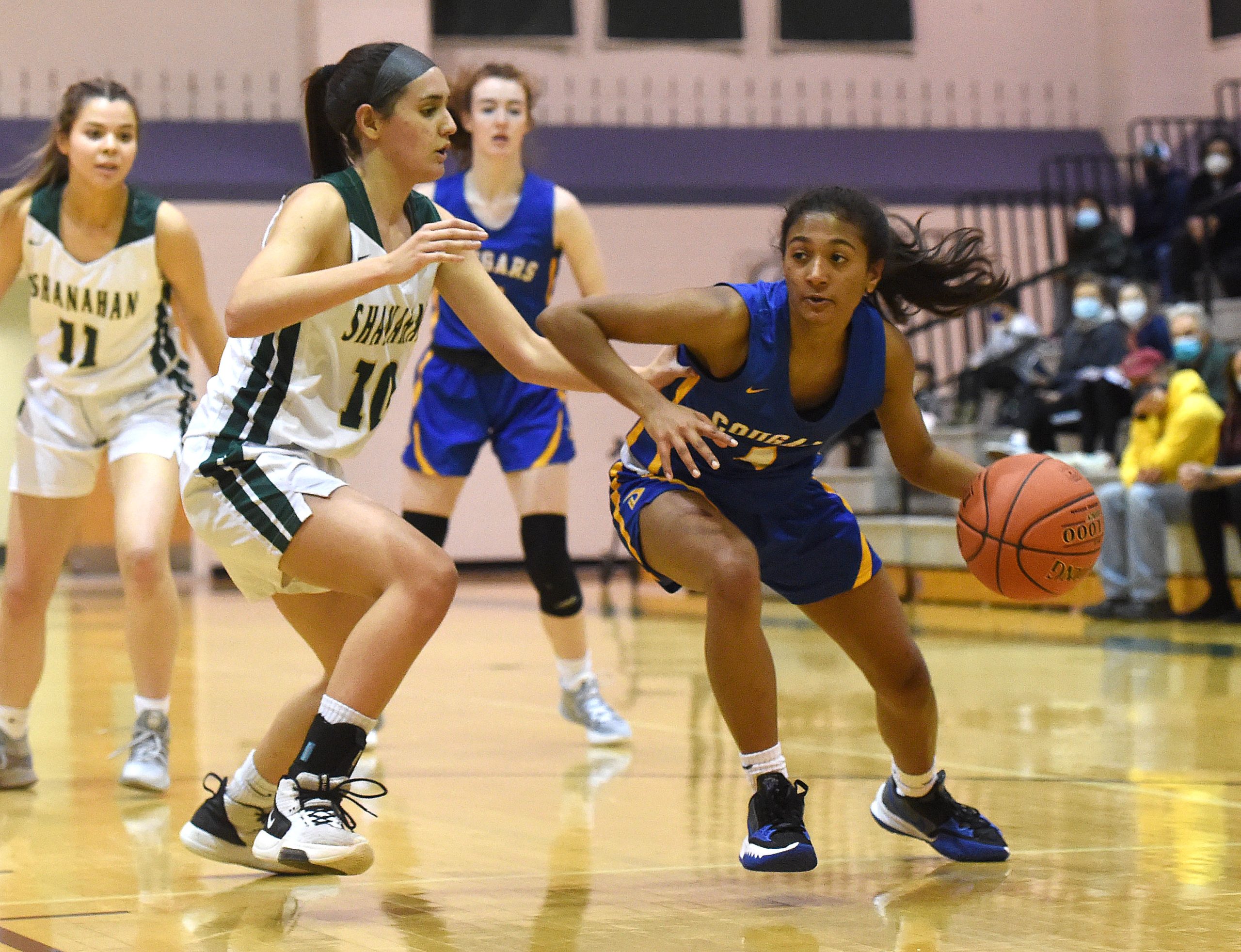 UWCHLAN >> In a defensive struggle that would’ve made any member of the Pat Riley-era New York Knicks teams proud to witness, Haverford High found enough offense to make it where they haven’t been for a long time.

The ninth-seeded Fords held off No. 8 Downingtown East, despite not making a field goal in the fourth quarter, to record a 31-29 victory in the second round of the District 1-6A Girls Basketball Tournament at the Robert A. Boyer Gymnasium on Tuesday.

Haverford (20-5) advances to the quarterfinals where they await today’s winner between Great Valley and unbeaten top seed Plymouth Whitemarsh.

“This is the first time since 2012 when two of our coaches (assistants Erin Knox and Jaclyn Gantz) played on that team,” Haverford coach Lauren Pellicane said on making the quarters. “It’s pretty cool to get back here. It’s been a gap. We thought before the season we had the opportunity to do something special and we have a great group of kids who work hard each and every day, so this is a testament to them and how hard they work. Today, it just worked out for us.”

Haverford led the meager scoring first half, 15-11, and extended it on a jumper by sophomore Aniya Eberhart early in the third. The Fords took off an 8-2 run, which culminated in an Eberhart 3-pointer, her second of the quarter, for their biggest lead of the game, 25-16, with 1:18 left.

“I haven’t been shooting well all season. I started practicing them (3-pointers) every day because I haven’t been hitting them. Tonight was the night,” said Eberhart.

“We said in the locker room that this is one of her breakout games,” added Pellicane. “She knocked the first one (three-pointer) down and kept going from there. We need her to be another offensive threat for else. So I think, if anything, this gives her confidence moving forward as a young player.”
Lacy Ford’s basket cut the deficit to 25-18 after three.

The Cougars quickly tightened things up on a three-point play by Ari Smuda (seven points) and a layup off a steal from Jordyn Daniel (team-high 11 points) to quickly trail by just two, 25-23 with only 55 seconds gone by in the fourth.

Haverford remained in the lead, despite missing all nine field goal attempts in the fourth. The Cougars (19-6) struggled also, they missed six shots and committed two turnovers in the last five minutes.

Mollie Carpenter (five points) came up with a huge block of Lauen Kent with 36.9 remaining. Rian Dorsey (seven points) scooped up the loose ball and was fouled. She made both free throws to make it 29-26. The Fords ended up 4-of-7 from the line in the fourth.

“The foul line shooting for us as a whole has not been pretty for us at times, but we made enough shots to keep the lead.”

Cassie Denning came up short on a 3-point attempt. Carpenter, who missed her previous three attempts from the line, buried one of two.

Daniel made another huge shot this postseason, nailing a three to cut the deficit to 30-29 with 7.2 left.

Dorsey was fouled on the in-bounds play and made a free throw to make it 31-29. The Cougars were unable to get off a shot as the Fords celebrated as the buzzer sounded.

“You never come in thinking you’re going to lose, but credit to Haverford. They’re a solid team. We knew they would be tough defensively. Now we have to move on and focus on our next opponent.

“This team’s will, it’s ability to fight, to stay together, to stay composed is something you can’t teach. I credit the girls for staying together.”