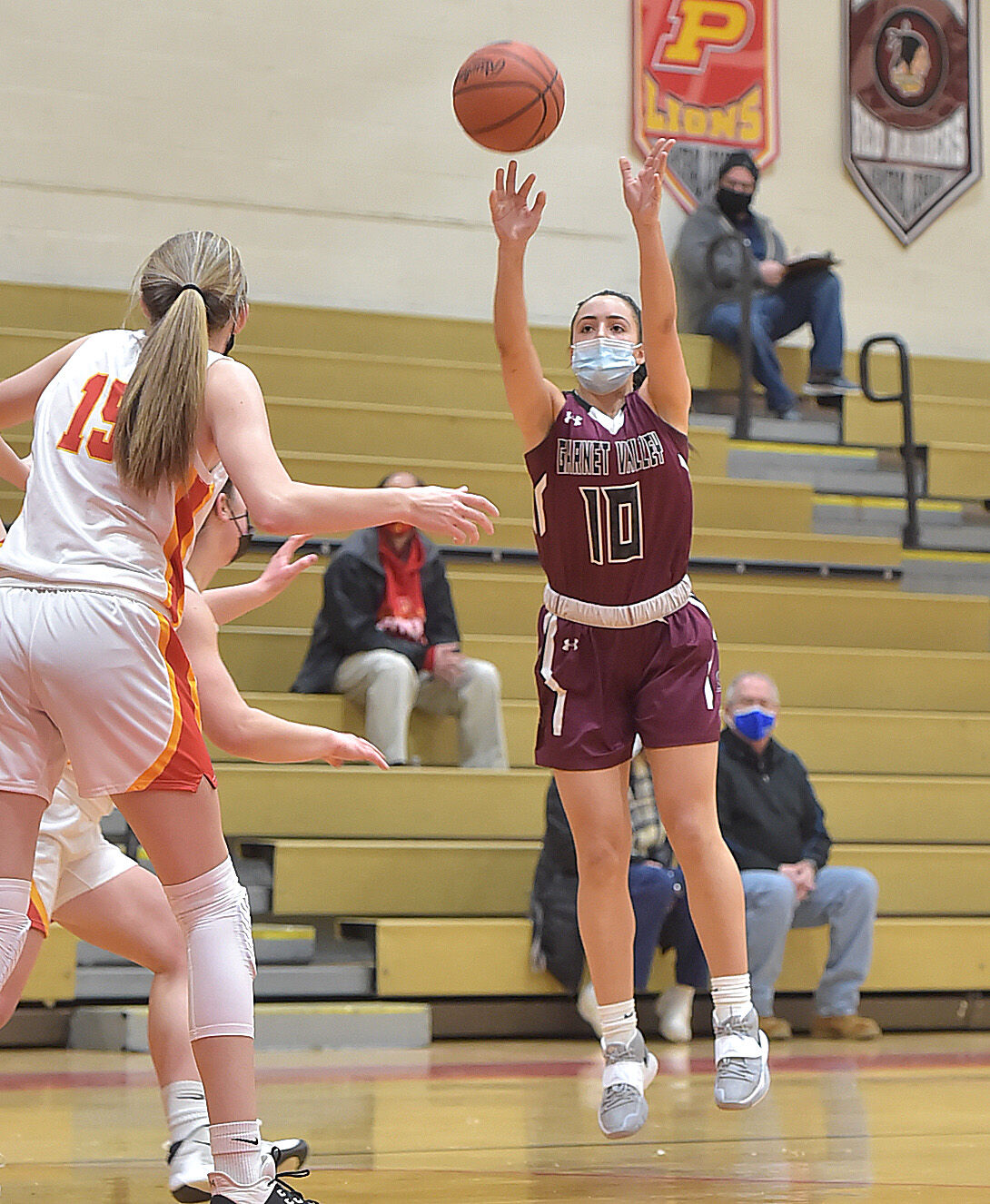 Ava Possenti did a little bit of everything for Garnet Valley Thursday.

The senior guard had a game-high 17 points, five steals and four assists in the Jaguars’ 52-35 win over Ridley.

Radnor 47, Penncrest 45 >> The Raptors stormed back from a 10-point deficit to beat the Lions.

Bailey Garrison and Kyla Curci each scored 12 points for Penncrest.