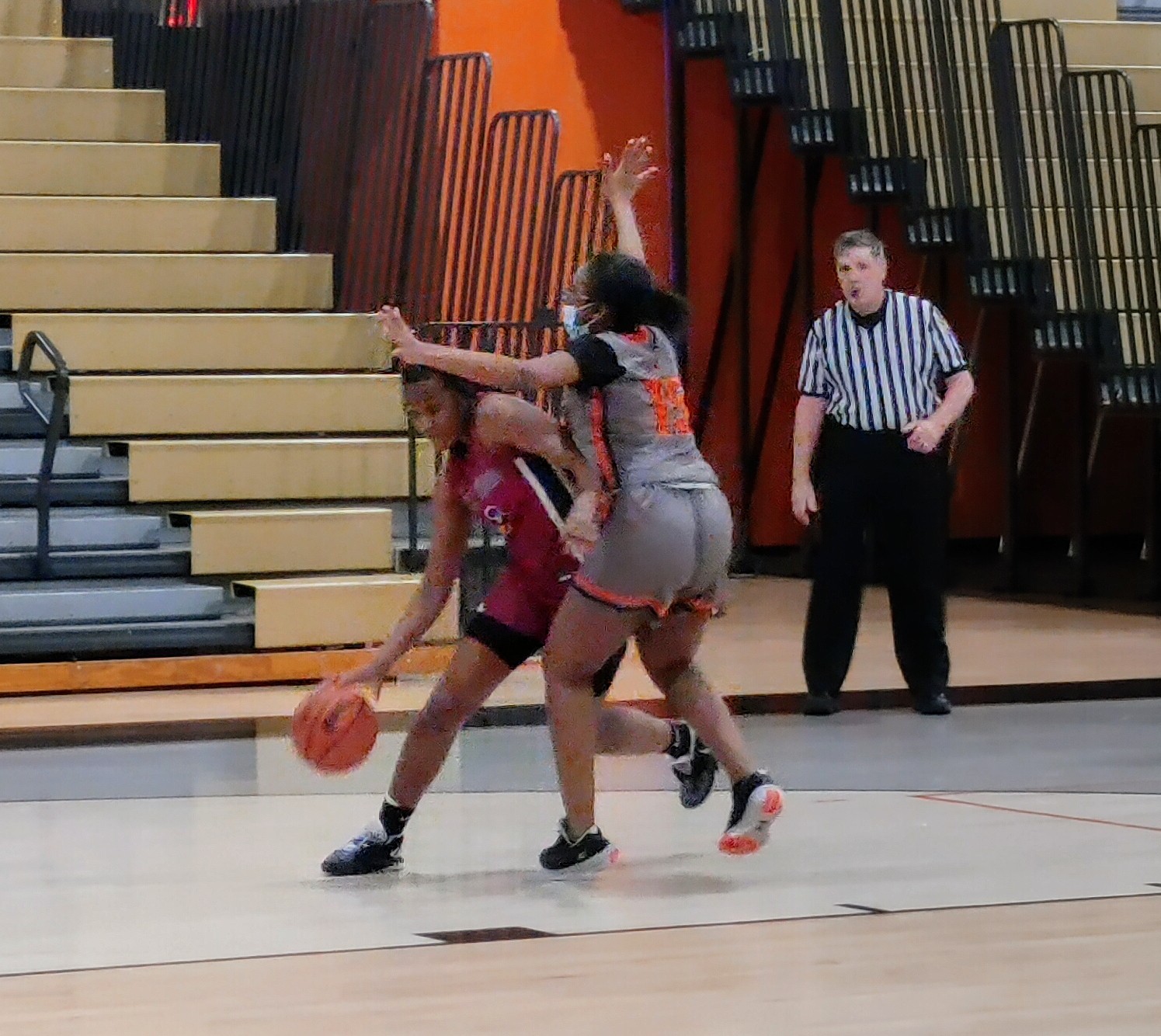 In Thursday’s game against Del Val League rival Chester, Gillis was playing in only her second game of the current season.

As a freshman, she was an impact player. She helped that Patriots team win a memorable six-overtime game against Marple Newtown in the first round of the District 1 Class 5A tournament.

Now that she has returned permanently to the starting lineup, Gillis is hoping to make up for lost time. Thursday was a great start. The talented junior forward led all players with 28 points and 15 rebounds to lead the Patriots to a 53-50 victory over the Clippers.

Chester simply didn’t have an answer for Gillis in the low post. She hit all of her shots from inside the paint. Some came on putbacks, others on easy layups. By the time the first quarter had ended, Gillis had 10 points.

“We’re getting better and better with each game we play, ” Gillis said.

Ani Roscoe poured in 15 points and Joshelyn Carter dished out six assists for the Patriots (6-7), who swept the regular season series with the Clippers. The victory snapped a five-game losing streak.

“For us it was like, let’s get a win,” first-year Penn Wood coach Rory Lewis said. “The way we’ve played in the last few games, we have gone through a lot of turmoil and it was starting to show. We’re missing a couple girls for different reasons (including a starter). We get Xenia back who is one of our starters, but then we lose another starter. We’re trying to rotate through this lineup. Getting Xenia back was big … and that’s what they needed today. The last week we’ve been undermanned and it showed.”

The Patriots were up nine points in the first quarter, but the Clippers fought back thanks to strong play by guards Shyne Hall (16 points), Ta’Nijah Bost (16 points, seven rebounds, three steals) and Ja’Mya Muhammad (12 points, 13 rebounds). Hall made a bucket to put Chester up 22-21, but Penn Wood answered with a 10-0 run to close the first half. The Patriots’ lead ballooned to 10 points at the end of three quarters. Chester’s defense buckled down in the fourth quarter and the Clippers cut the deficit to three points in the final minute, but the Patriots were able to hang on.

Marvin Dukes is in the first season of his second stint as head coach of Chester. Dukes is pleased with the dedication his kids are showing. It has been years since Chester was competitive in the Del Val League — back when Dukes was the coach — and it’s going to take time to rebuild the program. Dukes was at the helm the last time the Clippers (1-5) won a Del Val title in 2012.

Dukes inherited what he called “a depleted schedule.” The Clippers played only one game in December and five since the team returned from the holiday break.

“Just coming back to the program, we’ve got a chance to see some things and the players are fighting every play. I’m OK with that,” Dukes said. “Just being able to engage with the young ladies, to see what we have, and looking to build for the future. … We’re learning to fight with what we have.”

In other Del Val League game:

Interboro 40, Chichester 33 >> Sharing was caring for the Bucs, who have won three straight games. Seven players had at least four points and no one reached double figures. Shakira Orr led the way with eight points and Alaina D’Angelo finished with seven.

Damiya Moyet scored 12 points and Dujwana Jones chipped in seven for the Eagles.