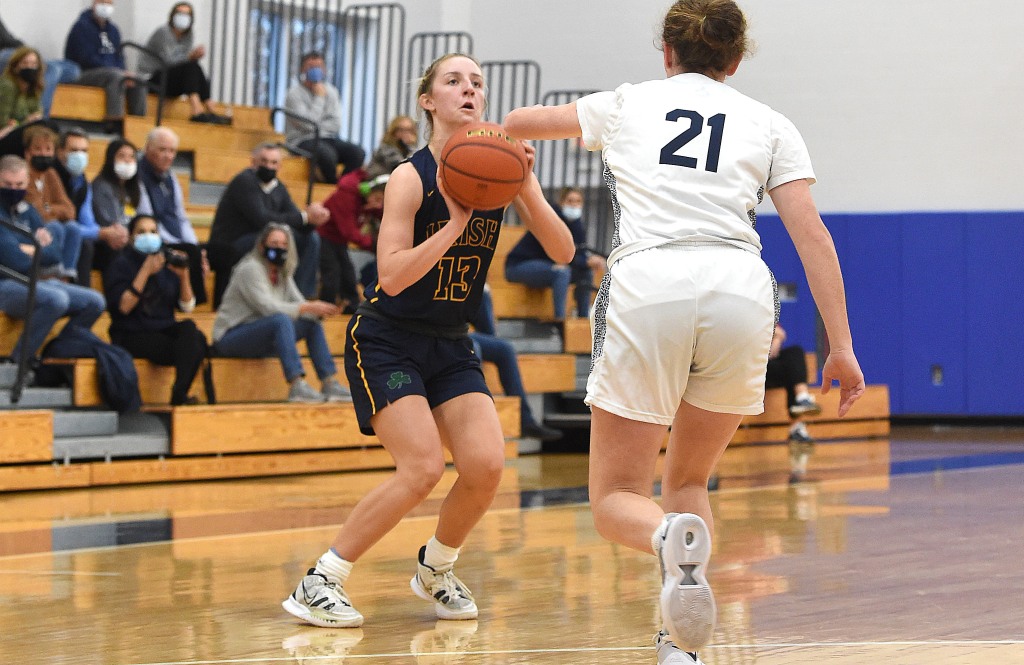 McErlane had 11 of the Irish’s 24 baskets. Julia Dever added 18 points for the Irish, who outscored EA by a 33-16 margin in the middle two quarters. Riley Cassidy led EA with 24 points.

Academy Park 56, Chester 44 >> Jada Kinlaw paired 14 points with 12 rebounds as the Knights shook off a tough first half to outscore the Clippers, 43-25, in the second. Semaji Young added 11 points and five assists.

Marisa Francione and Kate Galica scored 15 points each for Conestoga.

Marple Newtown 56, Penncrest 48 >> Junior guard Mary O’Brien was money from the foul line (8-for-9) and finished with a game-high 16 points to lead the Tigers (11-2) to their ninth consecutive win. Haley Levy and Brooke Impriano each scored 13 points.

Ellie Davis netted a game-high 16 points for the Raptors.