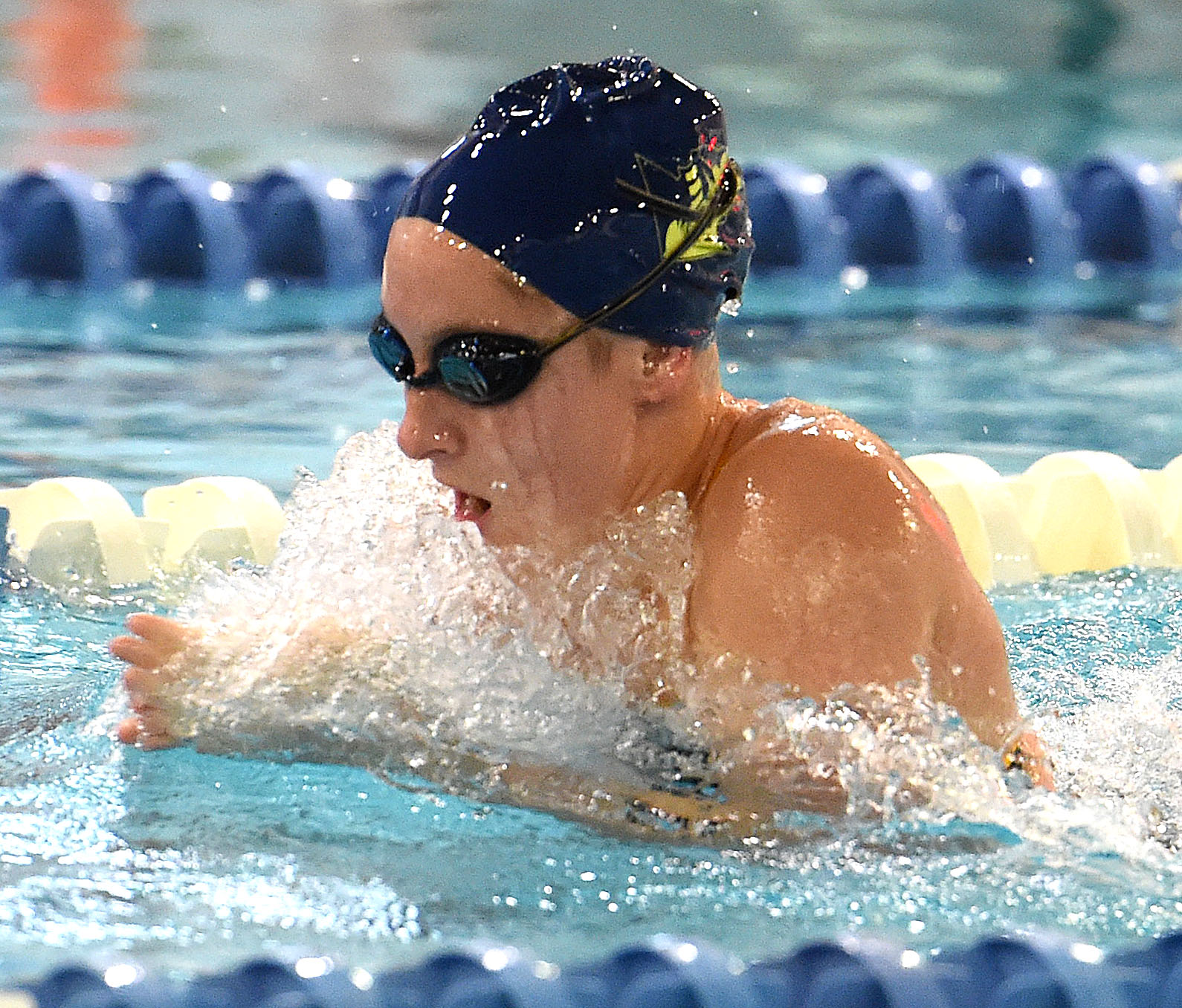 It was the second victory of the season for the Knights (2-3). The Great Valley boys won their meet against the Golden Knights, 100-76, earning a boys-girls split for the evening.

“I think we did really well tonight,” said Rustin girls swim coach Kiera Callahan. “I think that for our team overall – both boys and girls – we’re seeing a huge buy-in on team pride and spirit, and it’s awesome to see how that spirit translates into better times. Working on that as a team and being a more united whole is making a big difference for us, and we’re excited to see how our next two meets go, against Kennett and Sun Valley.”

“I can always count on Flynn and Lily and Amanda to get a win for us, and they all did that [twice] today,” said Callahan.

Other Rustin girls who won individual events Monday were freshman Ellie Smith, who won the diving with a score of 221.10, good for District consideration; junior Kate Mondick in the girls 50 free (27.26); and sophomore Cara Schwacke in the girls 500 free (5:54.79).

“Our guys had a lot of great swims tonight, a lot of Ches-Mont cuts and best times were achieved by our men swimmers,” said Great Valley swim coach Kyle Turner. “Our women swimmers had some Ches-Mont cuts as well and some best times. Overall, I was pleased with our meet. Our girls had a tough time because we were low on numbers [11 swimmers present, four were out] but they came together and did a great job.”