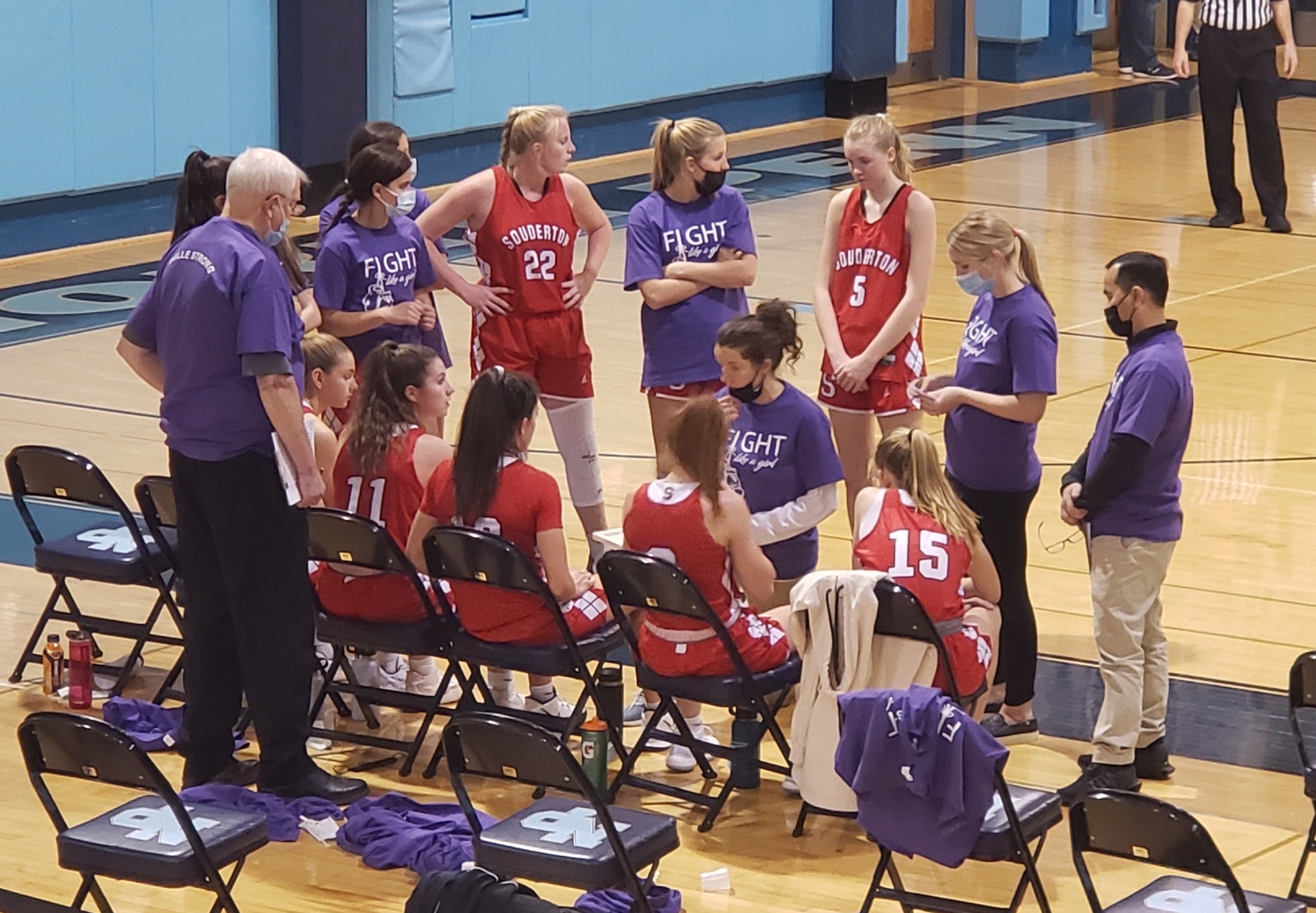 Souderton 38, Neshaminy 33 >> The Indians (11-2) didn’t score in the first quarter and still picked up the win on Tuesday night, erupting with a 22-point third quarter. Casey Harter led Souderton with 17 points in the SOL crossover win, while Teya McConnaha finished with 6 points and 11 rebounds for Souderton.

Germantown Academy 67, Episcopal Academy 51 >> GA outscored EA in every quarter and picked up the Inter-AC win on Tuesday. Isabella Casey paced the Patriots with 21 points and 8 rebounds, while Kendall Bennett came through with a double-double, scoring 18 points and collecting 11 rebounds.

Archbishop Carroll 50, Archbishop Ryan 13 >> Taylor Wilson scored all of her game-high 12 points in the first quarter as Carroll (10-3, 4-0) jumped out to a 23-2 lead after one quarter and coasted to the PCL win. Brooke Wilson, Grace O’Neill, and Maggie Grant each chipped in with 6 points.

Plymouth Whitemarsh 56, William Tennent 17 >> The Colonials hit four 3-pointers in racing out to a 13-0 lead after one quarter and coasted to the win on Tuesday night. Lainey Allen and Abby Sharpe paced PW with 13 points apiece. Jordyn Thomas and Kaitlyn Flanagan both chipped in with 11 for PW (13-0).

Abington 82 Springfield-Montco 38 >> Cire Worley picked up a double-double with 21 points and 10 rebounds as the Ghosts (12-1) ran away with another win on Tuesday night. Abril Bowser added 13 for Abington.

Archbishop Wood 71, Little Flower 22 >> Ryanne Allen led all scorers with 23 points in just 7 minutes. Allie Fleming and Alexa Windish each added 8. Next up is a Thursday date at home with Archbishop Carroll.

Upper Merion 51, Pottstown 38 >> Freshman point guard Devon Maiden scored 10 of her team-high 12 points in the fourth quarter as the Vikings pulled out the PAC win on Tuesday night. Riley Anderson added 11 for the Vikings and Mia Nicolai scored 10.

Upper Dublin 50, Lower Moreland 39 >> The Cardinals (10-3) bounced back from a Saturday loss to PW with the victory, getting 17 points from Seaton Kukla. John Kroll scored 14 points for Lower Moreland.

Neshaminy 76, Souderton 64 >> The Indians dropped the SOL crossover contest on Tuesday despite 16 points from James Blair. Chris Towsen also chipped in with 11 for Souderton (9-5).

Pennridge 55, Neshaminy 49 >> The Rams (3-11) ran out to a 38-26 lead after three quarters and then held on for the SOL crossover win on Tuesday night. Matt Campione led a balanced Pennridge attack with 15 points, while Justin McCormick scored 13 and Tommy Cramer chipped in with 10.

Church Farm School 57, Jenkintown 42 >> The Drakes were outscored 14-0 in the second quarter and dropped the BAL contest on Tuesday. Jake HIlton paced Jenkintown with 26 points.

Bristol 3, Dock Mennonite 1 >> The Pioneers were impressive in picking up a win by only two pints. Personal-high games were bowled by Joyce Lin, Lisa Zhang and Irene Wang. Maggie Dowell rolled a 156, Meagan Reed tied her previous high series.

Cole Hargrove does it all in Methacton’s win over Norristown
Delco Roundup: Academy Park can’t keep up with Ennis, Upper Darby