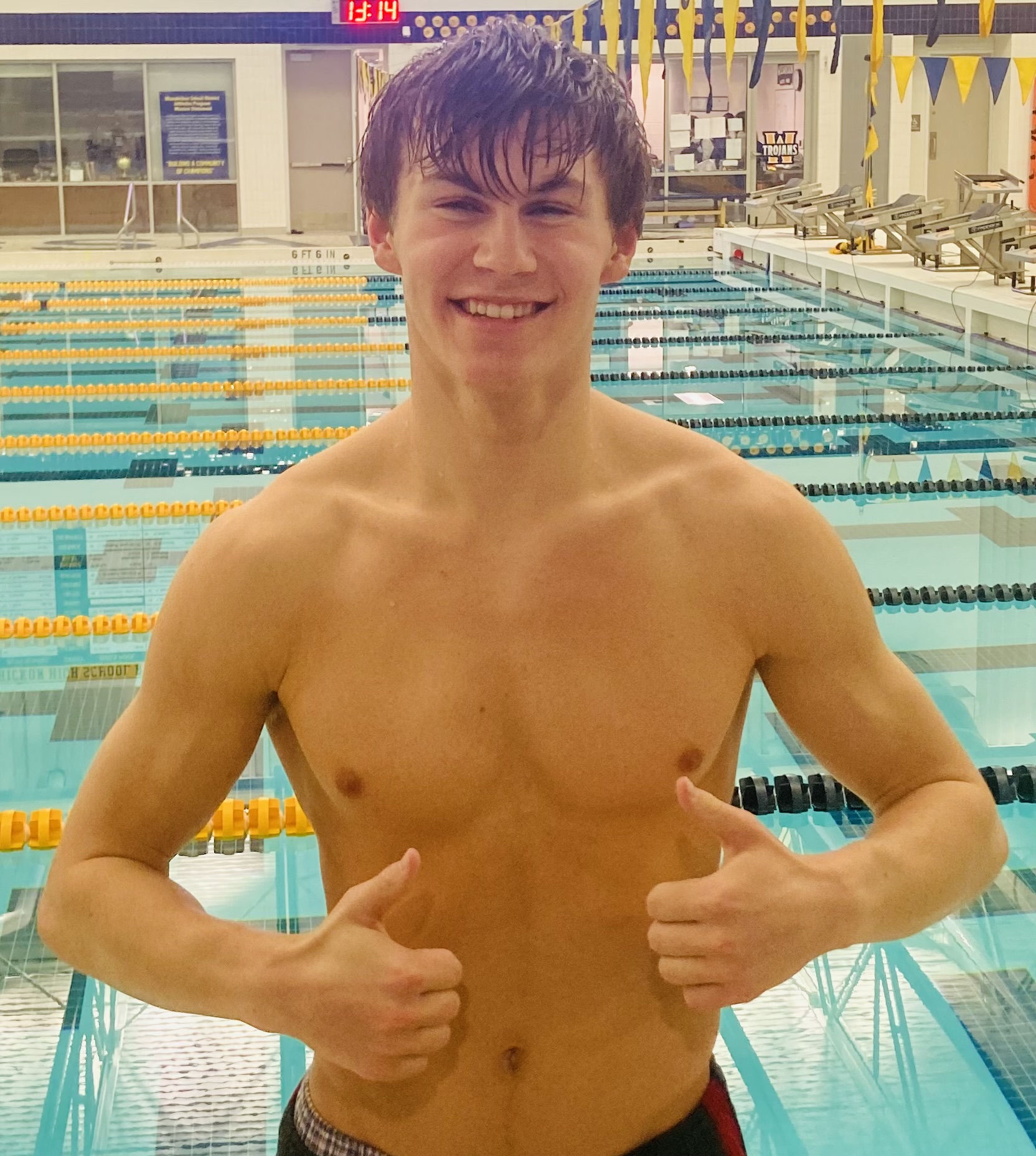 LOWER GWYNEDD >> The bar was set high, way up above on the record board.

And Upper Dublin got after it.

“We were going for the pool record and we were (15 hundredths of a second) off,” said senior Connor Brennan, speaking of the 200-yard freestyle relay. “That was tough, but it’s fine. We’ll get it.”

The Cardinals just missed a piece of history, but the intensity with which they went after it typified their performance with crosstown rival Wissahickon Friday night.

Upper Dublin raced to a 116-59 win in the boys meet and a 100-86 win on the girls side, pulling off a sweep of the Suburban One Liberty Division meet at Wiss.

Many of the Upper Dublin boys tried different events and excelled in them as well, including Brennan, who had a fantastic meet, winning a total of four events (two individuals, two relays).

“We’re in-season, so we had a lot of good swims, but we’re training real hard right now so I think we’ll be looking better at Suburbans,” said Brennan. “We’re looking to win.”

“Shout out to Toby Herzog. He’s a freshman and 1:05 is an impressive time,” said Brennan with a smile. “And it was good swimming with (teammate) Jack Vitella (second in the 200 free). I got both the wins so I’m happy with that.”

Brennan teamed up with Michael Gewartowski, Spencer Motelson and Jonas Andrulonis in the 200 free relay, winning the race in 1:30.43. Brennan, Herzog, Franco Ciccarone and Spencer Motelson were a winning foursome in the 200 medley relay to get things started.

Upper Dublin has been persevering through adversity, finally getting back into its home pool for practices the last couple weeks after repairs from the tornado. Competitive but friendly – and helpful – rivals, the Cardinals had been practicing at Wiss on Sunday mornings until their pool was fixed.

“We’ve had such a weird situation with our pool. We just got back in there a couple weeks ago. And we went on a training trip to Florida over the break. We had some really good training but we also had some COVID situations,” Cardinals boys coach Geoff Scheuer said. “We’ve had some injuries, so it’s a little weird, a little hard to say where we are. I just hope it comes together for the end. So we’ll see how that goes.”

The intensity of the meet brought out the best in both squads.

“It gave our boys a chance to go after some kids,” Trojans coach Jonathan Faikish said. “Crosstown rivals – you gotta love it. It’s always fun – a good opportunity for us. It’s always fun to get up and race a good team.”

Tyler Shilling had one of his best meets of the year for Wiss, surging to a first-place finish and a time of 57.38 in the 100 fly, an event with which he enjoys sort of a love-hate relationship.

“I would say the 100 fly is not my favorite event but it’s my best event,” he shared. “Not a lot of people say that. The training is so hard. But I feel like I’ve started to get it this year and I’m getting a lot better at it.”